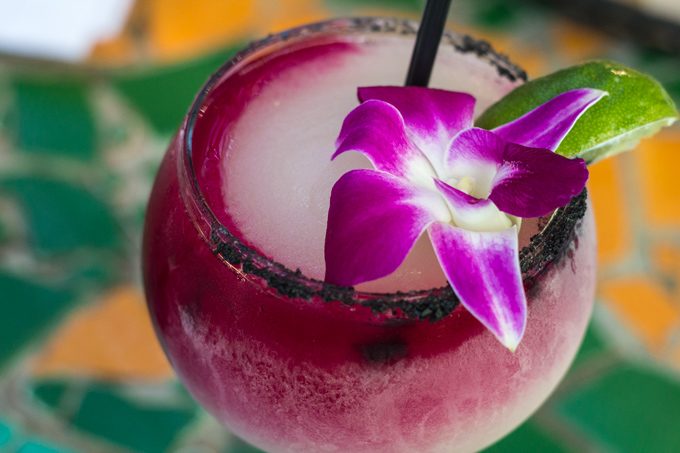 What better way to bond with your lil bro than on a road trip from Dallas to Austin? (Well, besides taking him to a Janelle Monae show.) During my November trip back to the States, I did just that.

I wanted to title this post, “Lost in Austin,” but we definitely weren’t lost with Brit of The Best Revenge Kitchen, pictured below, as our hostess with the mostess. With just day and a half, Brit showed us Austin’s coolest new (and old) restaurants, shops, and neighborhoods.

As a former Dallasite, I often day tripped to Austin for a show or just to get out of Dodge with any of my girlfriends spontaneous enough to jump in the car on a whim. I saw Tripping Daisy, Old 97’s, and bands who didn’t swing through Dallas on their tours. I gorged on all the vegan food I could (and I’m not vegan) and always took home a new vintage dress or record from the shops surrounding the University of Texas.

Absent the pretension of Dallas (well, mostly), Austin is not only a college town, but situated in some of Texas’ prettiest hill country, so sometimes we would just drive around enjoying the vistas around Lake Travis. From taking in a sunset at The Oasis restaurant to climbing Mt. Bonnell to stocking up on olives at the first Whole Foods ever, I was endlessly fascinated with Austin’s hipster-before-hipster-was-mainstream DIY vibe.

Congress Street in downtown Austin will remind you why Austin is one of the coolest cities in the world — so much vintage shopping! That’s something I truly miss about living in Dallas. It’s easy to get lost in Uncommon Objects, with its dozens of curated curio nooks. Established in 1991, Uncommon Objects has steadily raised prices, so you may not find a steal here, but as its website says, there is plenty of “transcendent junk” to satisfy the vintage itch of any fashionista, collector, or window shopper.

Walking down Congress, I couldn’t help noticing how turn-of-the-century Austin looks now, design wise. Definitely, a “Dream of the ’90s” vibe going on there!

Anyway, I don’t even like candy, but Big Top scored points in my book just for the dedication it takes to run a retro candy shop. They have old fashioned products you can’t find anywhere else (and maybe don’t want to). They also sell chocolate and old fashioned fizzies.

Go there for the food, stay for the ambience. 24 Diner is an unpretentious, super cool retro diner serving local, organic comfort food. The coffee ain’t bad either. Fittingly, 24 Diner is open 24 hours (except Wednesday from 1 to 6 a.m.).

…Who ordered chicken ‘n waffles and loved it

I’ve loved Waterloo for a long time. I remember coming here 15 years ago and I’m not even a vinylphile. I came to Waterloo to listen to CDs, which, to my surprise, are still positioned front and center in a listening station with recommendations!

History lesson for the Millennials: Before iTunes and Spotify and Pandora, there was your local record store and Pitchfork (Media) and indie radio shows to assist you in the never-ending quest to find new music, that is, good indie stuff (because why would you need help finding crappy mainstream music?). In Dallas we had Bill’s Records, a huge, weird, dirty place with almost too much obscure stuff. Waterloo, by contrast, is half the size of Bill’s and much more organized and browser friendly.

Waterloo is next door to 24 Diner, so after that hearty breakfast I was fortified to begin what I imagined would be an exhaustive search for The Next Great Band. Just like old times… Turns out I’ve gotten lazy or old or maybe just jetlagged, but I ended up listening to only one Quasi album (They’re back? OMG, I used to love these guys… Wow, this album is terrible). Still, it was a slice of nostalgia I enjoyed, as my thirties are a constant reminder of the now sepia toned Roaring Twenties.

I took pictures only of vinyl because it reminds me of my childhood and my parents and because, well, taking pictures of CDs is lame. Vinyl records make me miss album art. You definitely judge an album by its cover, and it was ever so thrilling to pop in a great album (okay, CD) that also had cool cover art. In fact, I just noticed the Tortoise cover top right below! Great album, horrible art. In case you were wondering, my favorite covers of all time are courtesy of Bjork, Stereolab, and The Beatles, in that order.

The house-turned-restaurant that served the delicious margarita you see below was our hostess’ first stop, just moments after we arrived. Sipping the black salt-rimmed cocktail while noshing on gooey, cheesy veggie enchiladas was the perfect way to unwind and just take Austin in (I miss Tex Mex!). And how gorgeous is this drink? I can’t resist food this beautiful.

Unfortunately, that restaurant is now closed, but pomegranate margaritas and Tex Mex are readily available in the hundreds in Austin.

Retro Candy Shop, chicken on waffles! This is so up my alley. Austin, Texas sounds AMAZING! Thanks so much for sharing! I like how your blog is so easy to read!

The candy shop is my favourite … brings out the kid in me!!! ? Are there any places that you would recommend for vegetarians? I live the pomegranate margarita pic … makes me want to take a beach holiday ?

thanks for such an amazing list you’ve compiled..the eat out places looks so great

In Africa N Beyond

I’ve never been to Texas but Austin looks like a cool city. Your pictures are beautiful. I’d love to shop on Congress Street and at the candy shop.

As always very well written and researched with wonderful photos. The idea of Congreve Street had me really excited because I love everything Vintage and it just seems perfect for me. Thanks for a well rounded article.

Those chicken and waffles at the 24 diner sure look good, I wish I was in Texas! I’m not really into American chocolate but I’d give it a try, that sweet shop has a nice layout. The Marvin Gaye album was the one that caught my eye!

Wow that margarita is something special, looks like it belongs on Bali. Those are some awesome haunts that highlight the spirit of Austin. Did you eat any BBQ there? Its awesome, but the lines can be brutal.

Lot of great stuff here. I went to Austin last year and did a lot of eating. Franklin’s BBQ was amazing, but waited 6 hours for that. Still, I’d definitely like to try those chicken and waffles, but there is apparently a lot more to see. Definitely can have a great time there.

Some lovely suggestions out there and strange that you don’t like candy ? Well, even my sister hates 🙂 but I loovveee candy and definitely my fav is the candy store 🙂 Pomegranate margarita looks yummy

Great post! I was recently in Austin, but not there long enough to tour it. I will definitely have to go back now thanks to your post 🙂