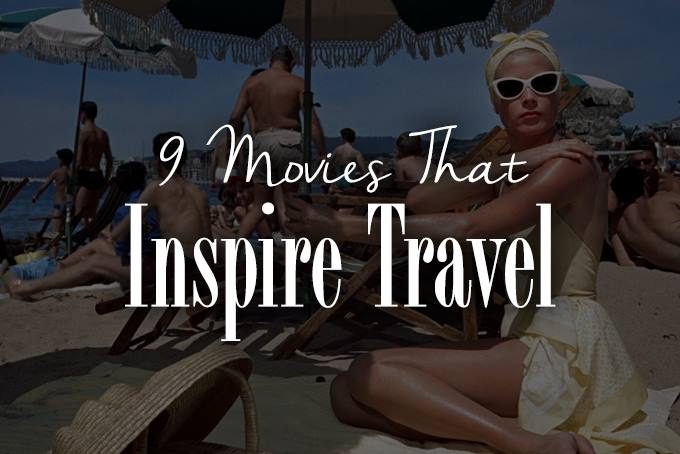 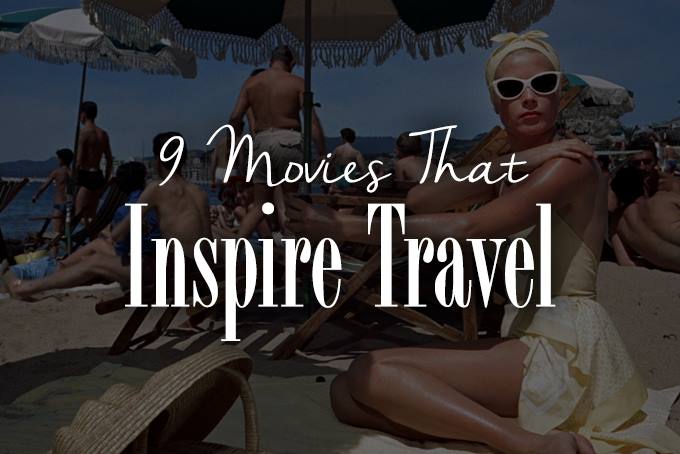 It’s no secret that I’m a film buff. In fact, watching foreign films had a lot to do with my desire to travel. I cannot get enough of travel films, documentaries, and shows. The movie picks below are just a few of the most inspirational (and stylish) in exotic settings like Italy, France, Iceland, and Egypt.

Click the play button to watch trailers and clips.

A Room With a View

I first saw this when I was 14. It was the most romantic movie I would see for the next decade. It informed my views on everything from Florence to opera to Helen Bonham-Carter and E.M. Forster. It was my introduction to English films and yes, the rakish Julian Sands. He plays the existential and lusty George Emerson. “A Room With a View” has just enough cheekiness to to make this motley coterie of stuffy Brits believable as tourists in Italy at the turn of the century. The all-star cast includes the forever-babe Judy Dench and eternally fussy Maggie smith. I know almost every line by heart.

I think this film, along with many others, so heightened my expectations of Italy that I am sure it can never live up to them. I almost want to keep imagining it, rather than experience it for real and find it anything less than transformative. Favorite line: “What is it about Italy that makes lady novelists reach such summits of absurdity?”

This French 1960 psychological thriller is set in Italy as well. Based on the the same novel as “The Talented Mr. Ripley,” I consider it the superior of the two, even if Jude Law does star in the latter (that romantic obsession deserves its own post). It’s a seductive film with taut and tan main characters played by the devilish Alain Delon and chanteuse Marie Marie Laforêt, who sings in the film. The pair move around Italy with playboy Philip Greenleaf, whose money, position, and girlfriend Tom Ripley covets to a murderous degree. It’s disturbingly romantic.

To Catch a Thief

With a Hitchcockian dream cast of Cary Grant and Grace Kelly, this heist caper is set on the French Riviera. Grant plays John Robie, a reformed thief accused of renewing his criminal career at the hotel where Francie (Kelly) is staying. Intrigued at the possibility of catching a thief, Francie investigates the crime and Robie.

I visited the French Riviera and it is every bit as enigmatic in real life as on film. I stayed in Nice and was taken by its endless pastel buildings and wrought-iron balconies.

Truth be told, I used to wince at old movies. I didn’t become an Audrey Hepburn fan until “Charade” (another great travel movie) then I went backwards in her catalog to watch the charming “Roman Holiday.” Hepburn plays a restless princess of an unnamed monarchy in search of a little independence and some fun in, you guessed it, Rome. Hungry reporter, but gentleman, Gregory Peck, becomes her unwitting escort through the city.

The Secret Life of Walter Mitty

Never a Ben Stiller fan, I was shocked at how much I adored this movie. Iceland is now at the top of my bucket list. The cinematography is pure bliss. My favorite scene is Stiller skateboarding down the alternately charred and lush mountain.

The newest film to make this list, I found it both gratuitously button-pushing and helplessly seductive. It stars my two favorite things — travel and Indian food.

A survival story that makes me want to see the Swiss Alps (I haven’t yet), this is the story of rival German and Austrian mountain climbers attempting to scale the Eiger via the North Face in 1936. I have a soft spot for mountain climbing movies. Don’t ask me why!

Woody Allen allows Paris to be the star of this film and thank God for that because otherwise, why would anyone pay to see Owen Wilson as a romantic lead? Both Paris and the past, the Roaring Twenties, are romanticized in what became Allen’s most accessible and profitable film. It’s no “Annie Hall,” but who can resist its premise?

This indie movie has odd pacing and stars the unlikely romantic lead of Patricia Clarkson, but I can still recommend it. The real star is Egypt, portrayed in all its dirt and glory. It’s the story of a married American woman and an Egyptian escort (not that kind) who gives her an insider’s tour of colorful Cairo. It’s a sort of “Before Sunrise” tale of a forbidden attraction that builds slowly, but chastely over conversation and Cairo.

A Room With A View is such a gorgeous film, it showcases Italy beautifully!

Roman holiday is one of my favourite films! ❤ ❤ ❤

Roman Holiday and Midnight in Paris are definitely some of my faves!

I love Roman Holiday! Another favourite is Eat, Pray, Love.

Whenever I’m about to travel I always watch Midnight in Paris; it always reminds me why I travel and that sometimes you have to find a balance between dreaming and reality. nomoneywilltravel.com

Love this list! I, too, was surprised at how much I enjoyed the Secret Life of Walter Mitty…Went into it with rather low expectations, but after was filled with a happy kind of melancholy- and the desire to get to Iceland. A couple on here that I haven’t heard of, so they will definitely be going on my queue! (especially curious about the 100 Foot Journey). Stealing Beauty and Out of Africa also hold big spots in my wander-lusty heart…

Thanks, Lara! I’m glad to introduce some lesser-known films and hopefully they will inspire you. I was surprised at Walter Mitty too. “Out of Africa” is just perfect — I’m a huge Meryl Streep fan — but such a tragic ending.

I’ve sadly only seen 2 on this list, but thank you for sharing, because I’m interested in checking out the others! Hmm… I don’t know if there are any movies in particular that inspire me to travel, but I love watching foreign films and seeing the beautiful countries in which they take place. Those definitely inspire me to travel there someday!