“New York was no mere city.  It was instead an infinitely romantic notion.” – Joan Didion

Romance and the city that never sleeps go together like, well, like pastrami on rye!  Coined in Seinfeld, pastrami, as we all know, is the most sensual of all the salted, cured meats…  add to that two slices of delicious marble rye and… ooh la la.  All sandwiches aside, when it comes to romantic getaways there are few places as well suited as our beloved New York City.

New York City is full of romantic fare to fill you and your loved one’s hearts desires.  A romantic walk over the Brooklyn Bridge, whispering sweet nothings in a carriage ride through Central Park, or enjoy a fine bottle of wine in Midtown over dinner at Michelin rated Le Jardinier.

New York City, a place where couples can lose themselves in some of the most beautiful places this side of the Atlantic, the least of these not being the cities portfolio of hotels.  New York hotels are known for their flawless service, superior amenities, and a vibe that will inspire l’ amour in you and your loved one.  A relaxing couples retreat to the spa, an elegant cocktail shared at the hotel bar, a trip out to Birdland Jazz Club to get you in the mood, or quite frankly the two of you would not be remiss to sequester in your love nest for the entirety of your stay.

For a rendezvous in NYC that will leave your significant other impressed and coming back for more, here are the 10 Best Hotels in NYC for Couples.

The best hotel for couples NYC has to offer, look no farther than Westgate’s midtown NYC hotel. An iconic retreat that lies within the historic Tudor City neighborhood in the heart of Midtown East Manhattan, the 23-floor, 300-room Westgate New York Grand Central was built in 1931, features gothic-revival architecture and has been recognized by Historic Hotels of America. Seeking a myriad of things to do in NYC with your loved one? The extensively renovated Westgate New York is perfectly situated within just blocks of great NYC sights such as Grand Central Terminal, Empire State Building, Times Square, Bryant Park, Rockefeller Center, United Nations Plaza and more. Best of all, the new Luxe rooms at Westgate New York offer a variety of world-class in-room amenities such as Serenity Beds, herringbone wood flooring, full private bathrooms with quartz vanity and backlit LED mirrors, oversized wooden desks, flat-screen LCD TVs and triple pane windows. Some of the Luxe rooms even feature balconies overlooking “The City That Never Sleeps.” Guests of Westgate New York enjoy the convenience of a casual eatery called Tudor City Marketplace & Tavern, state-of-the-art fitness center, business center and valet parking. 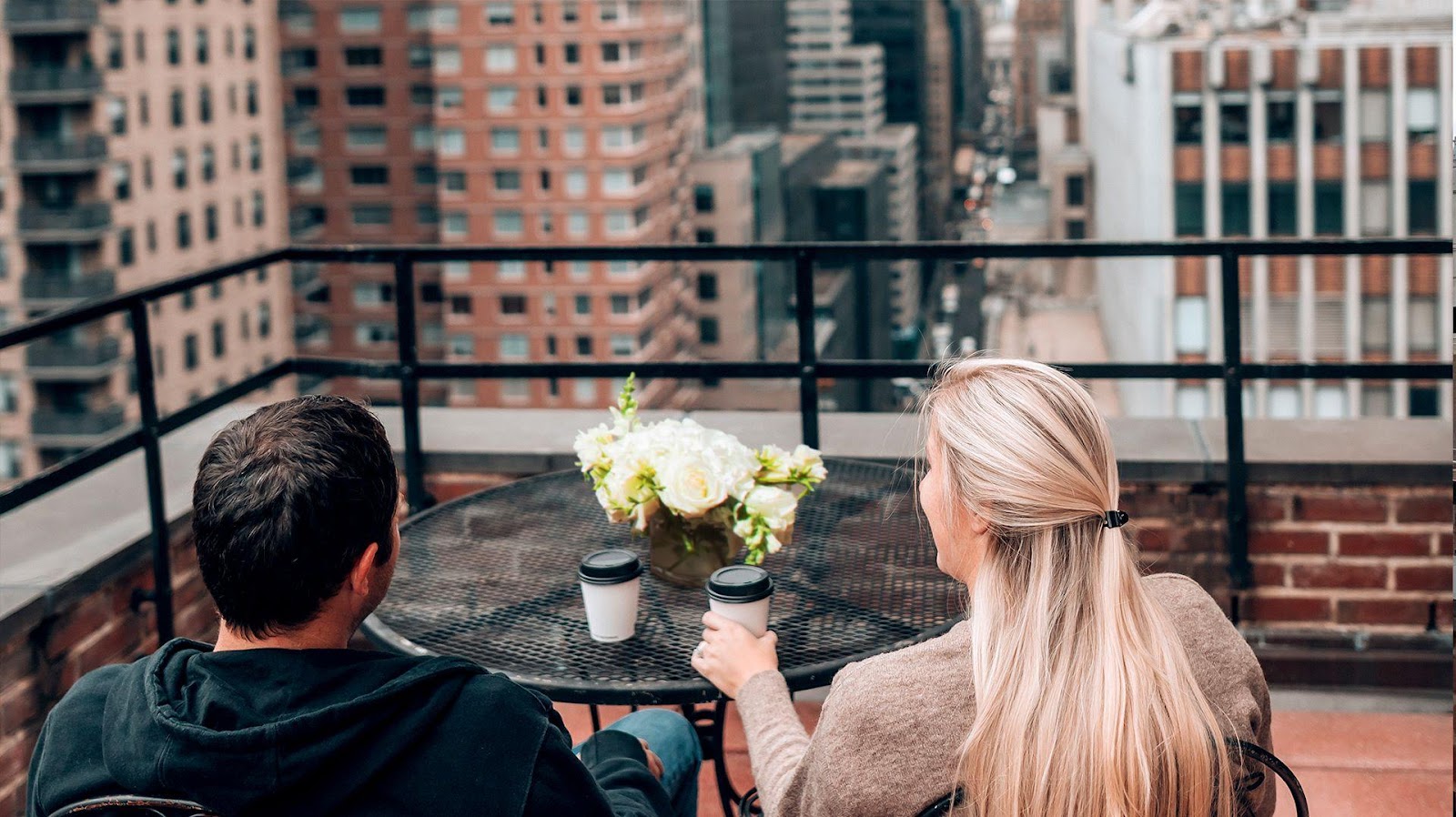 Outside of New York you may not find a place more romantic than Paris, but why go to Paris when you have the best of both worlds at the Lowell! The 70 rooms have all of the beauty that one might find in Paris right here in NYC with hallways ornate with French landscapes that lead to the rooms  that are as lovely as your trip to it; if you are lucky enough to be placed in a unit with a wood-burning fireplace kudos to you, cause you just earned major romance points my friend.  The next day make a date for afternoon tea in the Pembroke Room and later you and your loved one can enjoy a stiffer drink at the Club Room.

Are you and your beaux into movie set design?  Then this is the Hotel for you.  Built in what was a Seminary back in the 1800s the High Line Hotels interiors were taken to the next level by former Hollywood set designers Roman & Williams. This 60-room boutique is nestled in the galleried streets of the Chelsea neighborhood and is furnished with timeless antiques, beautiful oriental rugs that seem to dance as the sun shines through the hotels stained-glass windows.

The Beekman opened in 2016 after a $500 million renovation that turned the once abandoned 130-year-old skyscraper into a 287-room hotel.  Even if you don’t end up staying at the Beekman, you might want to just swing on by and get in on that couples Instagram action in the Victorian atrium and skylight at the center of the hotel.  If you do stay, you will be impressed with everything this hotel has to offer, from the eccentric room designs to the in house French bistro Augustine.

John Wogan of Conde Nast Traveler writes, “Walking into the Marlton feels like being transported to the 19th century, where there’s little evidence of modern technology … The beauty of being here is forgetting what era you’re in.”  Nothing says romance like time travel, I mean, have you seen Outlander? It’s epic.  That being said the Marlton still offers the modern amenities that we’ve all come to know and love, like the house café Margaux, helping make your get away one for the history books.

If decadency and captivating art is your thing, then hello, The Gramercy Park Hotel has what you’re looking for in spades.  Filled with art by some of NYC’s greatest from Basquait to Schnabel to Warhol (Julian Schnabel is part owner); the artwork playfully riffs off the lavishly colored furnishings throughout the hotel.  The 185 guest rooms are just as beautiful as the hotel halls.  Enjoy a drink later in the evening in either the Rose Bar or Jade Bar, and then take a stroll through the private grounds of Gramercy Park.

The NoMad Hotel exudes romance. This 1903 Beaux Arts hotel has had its interior redesigned by Jacques Garcia, pulling inspiration from Parisian living.  The 168 rooms house reclaimed wood floors, vintage artwork, and claw foot tubs throughout. Don’t forget to check out the bi -level library, cocktail bar, and restaurant, led by chefs Daniel Humm and Will Guidara, their foie gras and truffle–stuffed roast chicken for two is to die for.

The quintessential Old New York hotel, The Pierre, houses all that one thinks of in terms of elegance, from marble floors to multitier chandeliers, and thanks to a $100 million renovation done in 2009, the Pierre still manages to feel like a home away from home.  The 189 guest rooms (49 of which are suites) will give you and your love one all of the comforts needed for a relaxing NYC getaway. Head downstairs to Two E bar and enjoy some freshly shucked oysters to help you get into the mood.

This chic Tribeca hotel owned by Robert De Niro is praised the world over for its stylish attention to detail.  Each of The Greenwich’s 88 rooms are all slightly different, featuring various furnishings, The Hollywood Reporter quoted De Niro summing up this approach, “It’s more than interior design: it’s art.”  The Greenwich Hotel has more to offer than just it’s in room amenities – Shibui spa & pool and Locanda Verde restaurant which serves urban Italian cooking by Chef Andrew Carmellini, are both huge hits with its visitors. 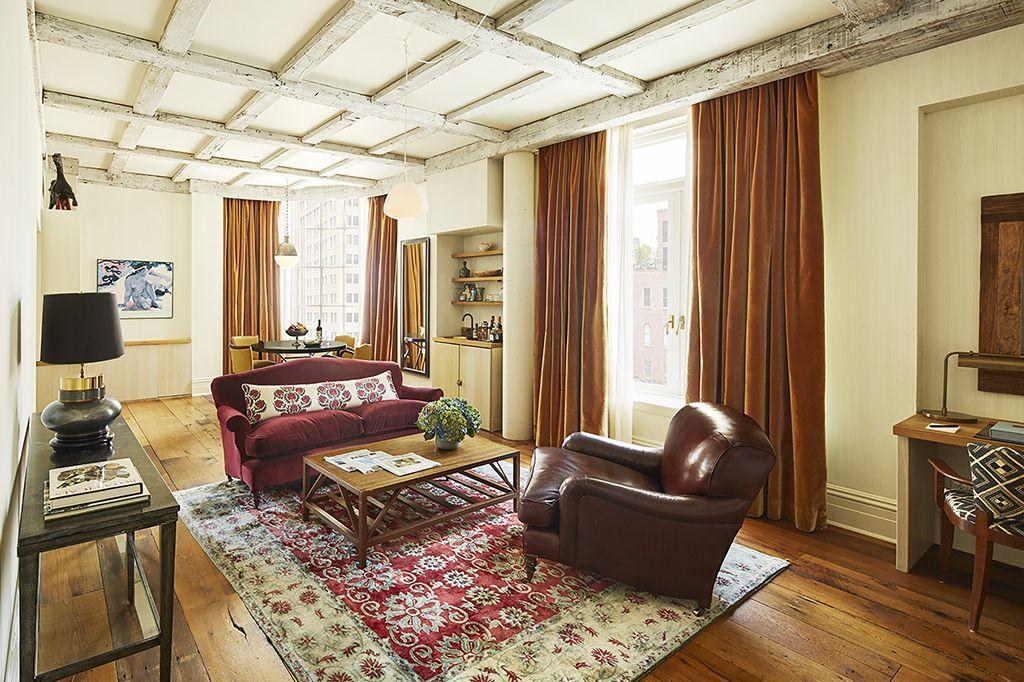 Last but certainly not least, The Plaza, a historically romantic icon, with its 24 karat gold plated faucets, luxurious French-style furnishings, and crystal chandeliers in every room, will give you and your loved one a stay to remember.  Found at the corner of Central Park South and Fifth Avenue, the Beaux Arts landmark houses 282 rooms, The Guerlain Spa, The Palm Court, which is the place to be for afternoon tea, as well as the Rose Club, where you can enjoy a delicious cocktail. 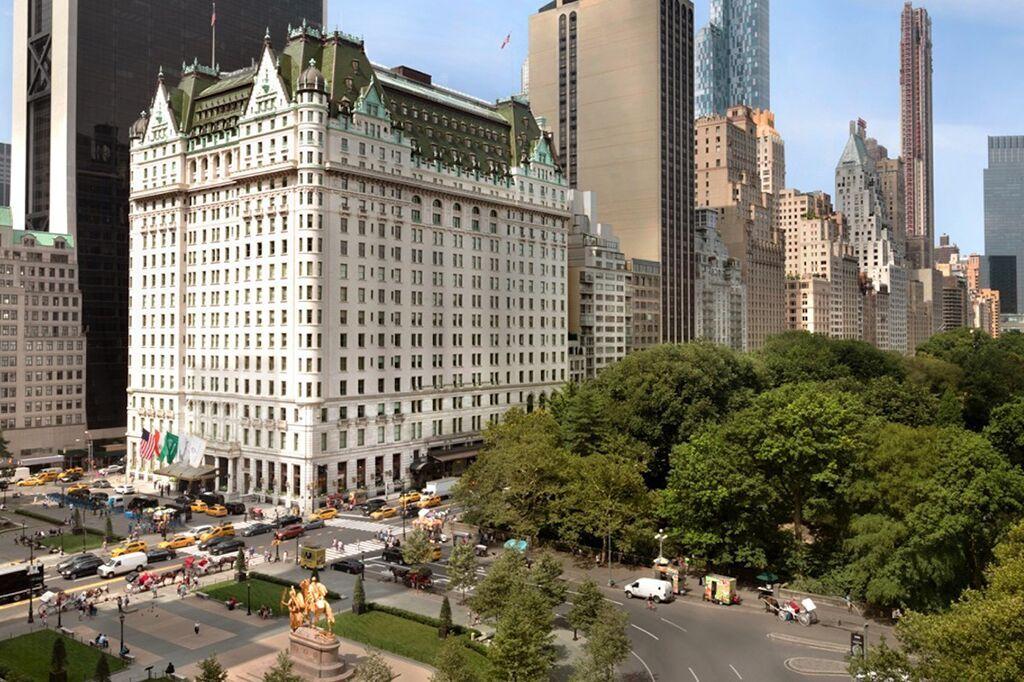 While on your NYC romantic getaway it can be easy to get caught up into the hustle & bustle of your surroundings, just relax and remember why you planned this trip: to spend time with the one person you love most.  You can plan all the details of your trip ahead of time, have a schedule filled to the minute, and be rushing to fulfill your list. I though, recommend just breathing and enjoying your break together for at least a day and taking full advantage of all the lavish amenities that your hotel has to offer. The next day feel free to venture out into NYC, walk across the Brooklyn Bridge, see the sunset behind the skyline, take a carriage ride through Central Park, and if dinner at Michelin rated Le Jardinier isn’t your thing, then I recommend the two of you getting your pastrami & rye on at Sarge’s Delicatessen Delicatessen & Diner. 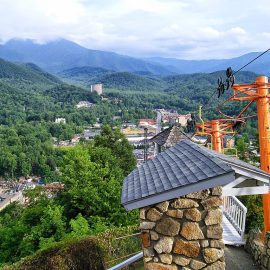 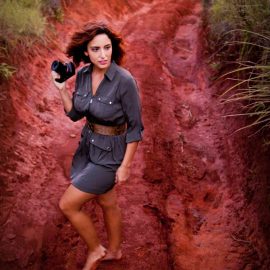 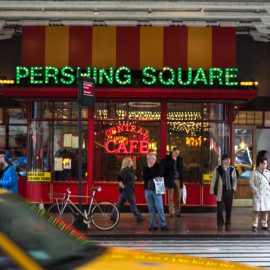