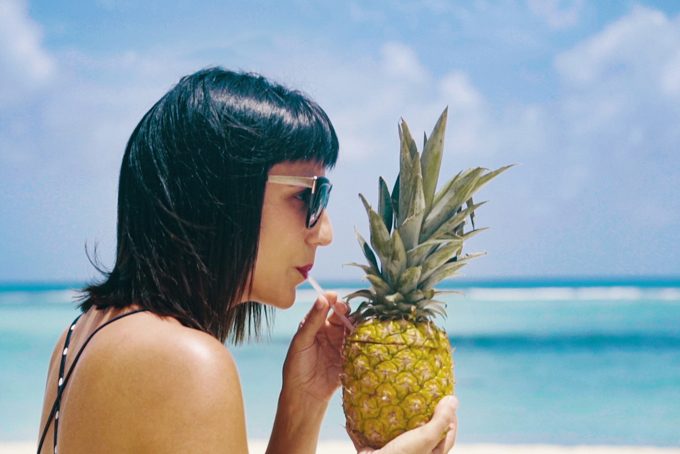 I joined 26 other travel influencers to film my experience at Barcelo Hotels for a project called Barcelo Stories. The influencers visited three different destinations — Mexico, Aruba, and Dominican Republic.

I directed and starred in three films with the talented Vanessa Vandy as my cinematographer. We tag-teamed on the edit and I’m pretty thrilled with the results.

These are my films from the Dominican Republic.

Barcelo Stories: A Day at the Beach

This is the project video created by Barcelo Stories with all 26 influencers:

This is the project video created by Barcelo Stories with just the Dominican Republic influencers:

Stay tuned for a special behind-the-scenes post plus tons of Dominican Republic coverage!

Really nice job on the videos, truly professional. Enjoyed watching each one of them. I especially liked the first one!

wow, your video skills are unbelievable! I love love love the Barcelona beach one. Barcelona was my very first solo trip and the first time I ever stayed in an AirBnb! It was a life changing trip for me. Love all the memories I just had watching your vids

Thanks for watching, Eric! I shot these in Dominican Republic though.

oh MY G~ I am such an idiot! When I originally read it I though Barceló was Barcelona and I immediately just started remembering when I was at the Mediterranean beach for the 1st time. I guess I got lost in my own memories. Please forgive a knucklehead.
Still unbelievable videos though…made me totally lose my mind I guess..haha

What fab videos! I especially loved the second one showing the traditional industries. You have a talent for this, and its nice to see something more than a promo puff piece 🙂

I’m glad you enjoyed it. I’m not a fan of promo puff pieces either!

Absolutely fantastic videos. The Dominican Republic has been well served. It looks like a slice of paradise in the Caribbean.

Beautiful videos. Congrats! It makes me want to go to the Dominican Republic now :).
May I ask which equipement you used as well as editing tools? Thanks

Hi Christina. Thank you! We shot with two cameras — a Sony a7S and Sony a7SII. We also used Lensbender with a 50mm Nikkon lens for that dreamy effect. A Pilotfly was used for gimbal work. We edited in FCPX and Adobe Premiere.

WOW, I just want to visit Dominican Republic like right now. Loved all the videos and I must compliment your haircut. So chic!

Love the cinematography. This makes me want to travel with you and collaborate. I love the vintage touch added to the films.

I really like filming while traveling! So really interested in watching your videos 🙂 They are all cool and they really urge me to visit Dominican Republic haha

Wow that sounds like a brilliant experience and man alive what an incredible destination to be working in as well!! Love the videos, so much fun!

Wow! Dominican Republic is so beautiful! And the cinematography is amazing. Wish we were there chilling out at the beach right now!

Great video. Awesome cinematography. You have great video skills. This will give people another reason to book a trip to Dominican Republic.

Were these ultimately used as promotional tools by the Dominican Republic?

Very beautifully created. It must have taken a lot of effort to have captured this all. Well done indeed