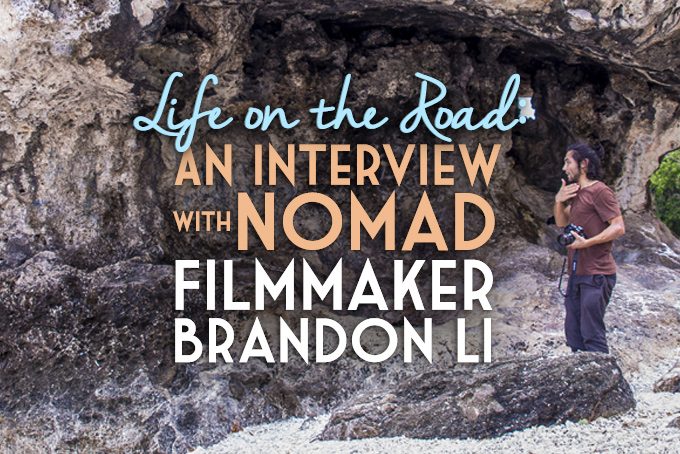 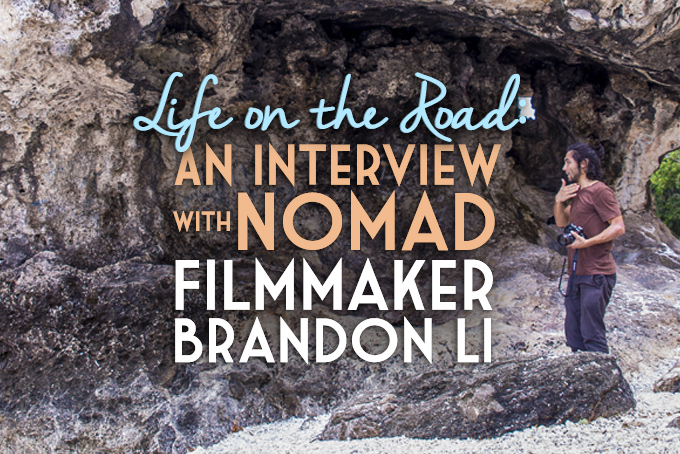 Some people assume that because I travel often I must be a nomad. I’m not. That doesn’t mean I don’t fantasize about it.

Filmmaker Brandon Li is a nomad. He recently traveled to Guam to produce a short film. We talked a lot about nomadism, as Brandon has been on the road for two years now. The day after he left, I was scrubbing my toilet and thought about how Brandon never has to do that. There is seemingly no banality in his life, no ugly chores, no daily rituals that must be observed. No clocks to punch, no dishes to wash.

But, I know that’s not entirely true. As romantic as it sounds, I know the life of a nomad is not all plush hotel beds and Parisian sunsets. Here’s the cold, hard truth about nomadism as told by Brandon.

How did you decide to be a nomad?

I worked for about six years for MTV as a producer/editor on the show True Life. That job involved so much last-minute travel that I ended up spending the majority of my year away from home. At one point, I decided to experiment with being truly nomadic — allocating the money I would normally spend on rent to travel and accommodations. I could do my job with a laptop and a few small cameras anyway. So I tried living nomadically within the U.S.A. That lasted for about a year. Then I settled back in Los Angeles for about a year, and when I quit MTV and started shooting commercials abroad, I decided to become nomadic again, only this time living around the world.

What do you wish you’d known then that you know now?

Americans need visas for more places than you’d think. I was surprised to learn that places like Vietnam and Brazil required visas. And you can’t just stay there forever — overstaying a visa can mean heavy fines or worse. This may sound naive on my part, but until a couple years ago, I had never traveled the world extensively.

Also, language barriers can be a real problem when you’re traveling alone. English isn’t as ubiquitous as you might think. 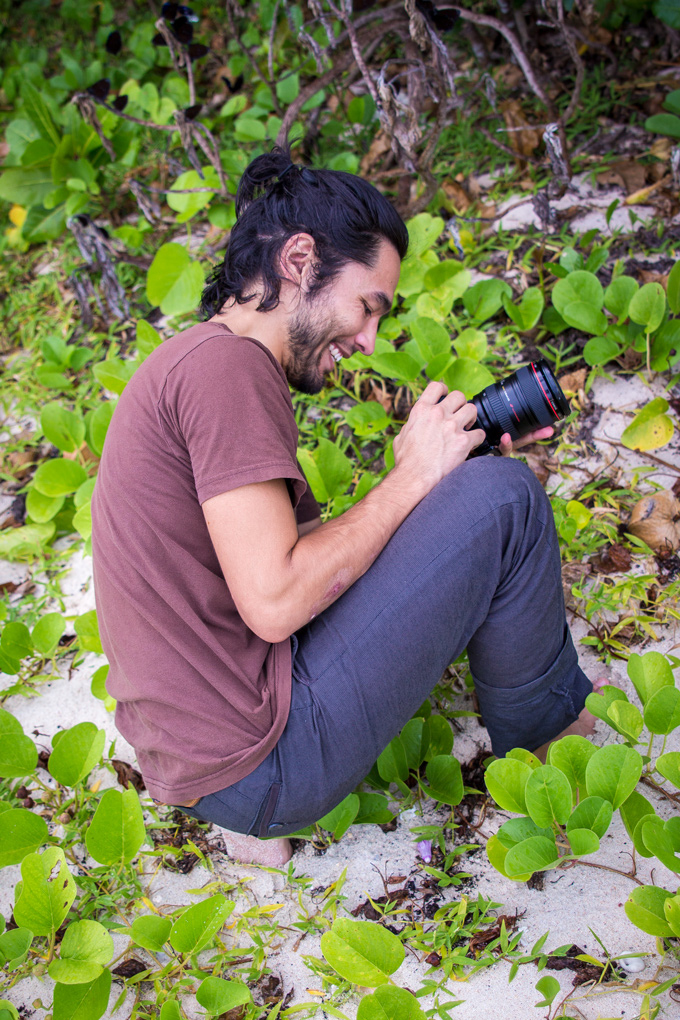 What’s the best part of being nomadic?

Absolute unbridled freedom. I could get on a plane today and watch the sun rise over the pyramids tomorrow.

Uncertainty. It can be a pain to try to plan my travels around a constantly shifting freelance work schedule. Also, meeting up with friends around the world can be an exercise in frustration when we’re both on shifting schedules.

What is the most romanticized, but untrue, part about living nomadically?

The myth that travel is in any way comfortable. Unlike a James Bond movie, going to a new country isn’t as simple as stepping off a plane into a beautiful vista. Every new country means a new set of rules for transport, lodging, etiquette, etc. Prepare to make lots of mistakes, and try to smile through it all. No matter how good you get at it, travel is troubleshooting. 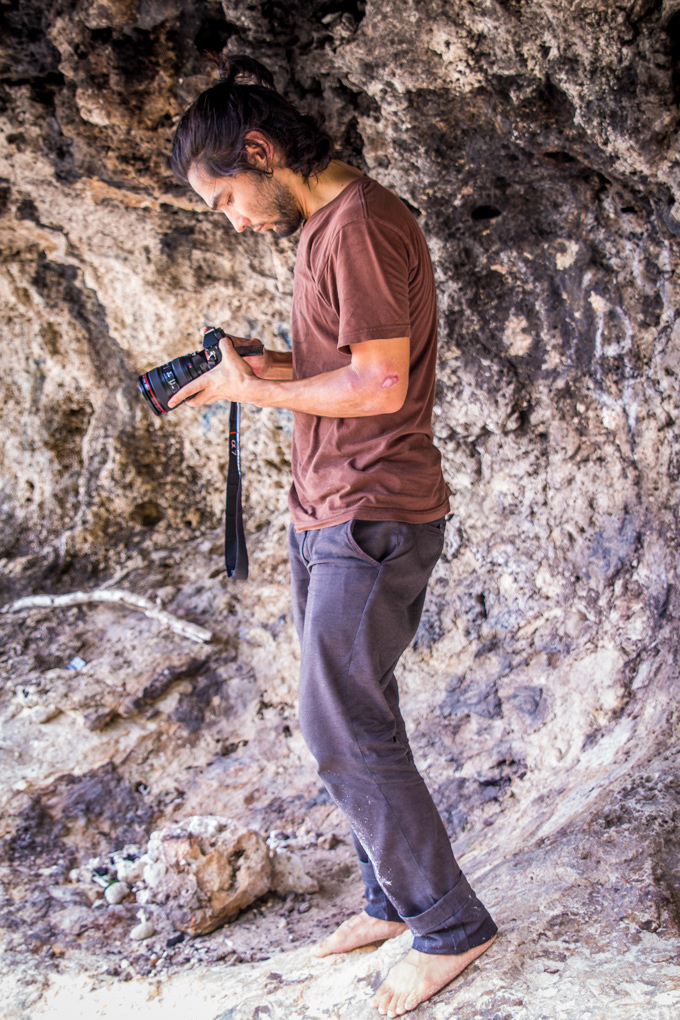 Any practical tips for nomads and travelers to stay safe, save money, make friends, fight loneliness, or work while traveling?

The #1 tip is: meet up with someone everywhere you go if possible. Even if they’re a virtual stranger, as long as you have a mutual friend. For instance, I recently traveled to Tokyo. I asked a friend who used to live in Japan to connect me to anyone I could hang out with there. He ended up linking me to a great guy who gave me a free tour of his sake factory. It made the trip so much richer and was totally worth the little bit of effort involved in asking around beforehand.

As for making money, try to sort out your finances before traveling. It can be dangerous and just a downer to run out of cash on the road. If you don’t have enough savings, make sure you have a solid avenue for employment once you arrive. For instance, the government of Australia will grant people under 30 a one-year visa and will help arrange for work (often fruit farming) while they’re in the country.

What are your three favorite places in the world so far? Why?

Turkey — Cappadocia is like a fairyland. Australia — happiest people and best weather I’ve ever seen. Japan — politeness and and endless supply of amazing/healthy food.

What is your favorite part about travel filmmaking? What was it like filming on Guam?

I love travel filmmaking because it gives me a way to focus my wanderlust into an experience I can share with others. It gives me a mission wherever I go — a purpose for being there. Guam was an ideal travel filmmaking location because the people are friendly, cooperative, and English-speaking. And the scenery was just jaw-dropping on a daily basis. Finding beautiful shots was as easy as just pointing the camera anywhere the sun shines.

Jessica was an amazing partner on this project because she knows Guam so well and has endless enthusiasm for exploring the island she calls home. Everywhere we went, she had some kind of an insider tip, or a bit of history to share with me. I was fascinated to learn what happens when someone picks up their life to move to somewhere as seemingly isolated and remote as Guam. Jessica is living proof that a tropical island can be more than just a vacation. 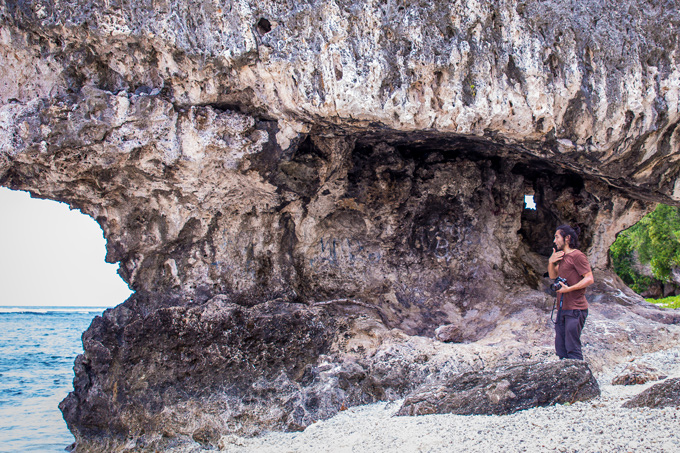 Super interview with Brandon! I appreciate his story because me and my wife wife have been digital nomads for 4 years now. We’re full time, professional bloggers who make our living while traveling all over the world. Ditto on his points; we always do our visa work beforehand so we so that yep, in most countries, you’ll need to get your visa game in order before visiting. In places like Thailand you get the month. Here in Bali, you pay 35 USD for a visa on arrival. In Fiji, you get 4 months as US citizen but in Vietnam, it’s a process you need to get done beforehand to get your 3 months, as it’s a process in places like India.

We love the freeing nature of this life and take it over the sometimes headaches and heartache you experience on the road. I’d rather blog from paradise 😉

Tweeting and Pinning from Bali.

Hi Ryan. Thanks for the kind words. I envy you nomads — I still have a home base. Good info on those visas! And Bali… wow!