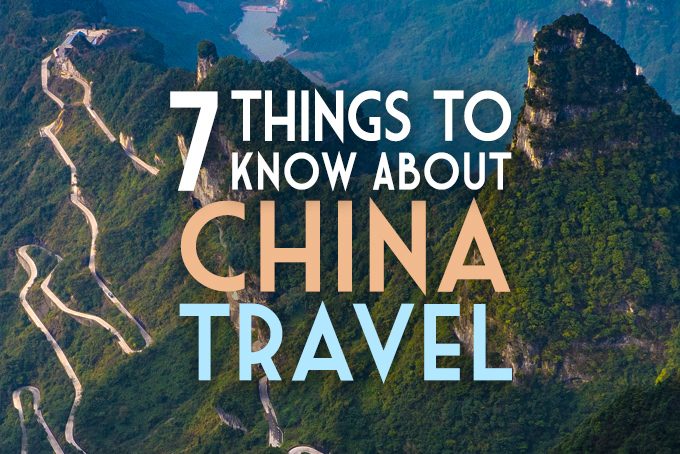 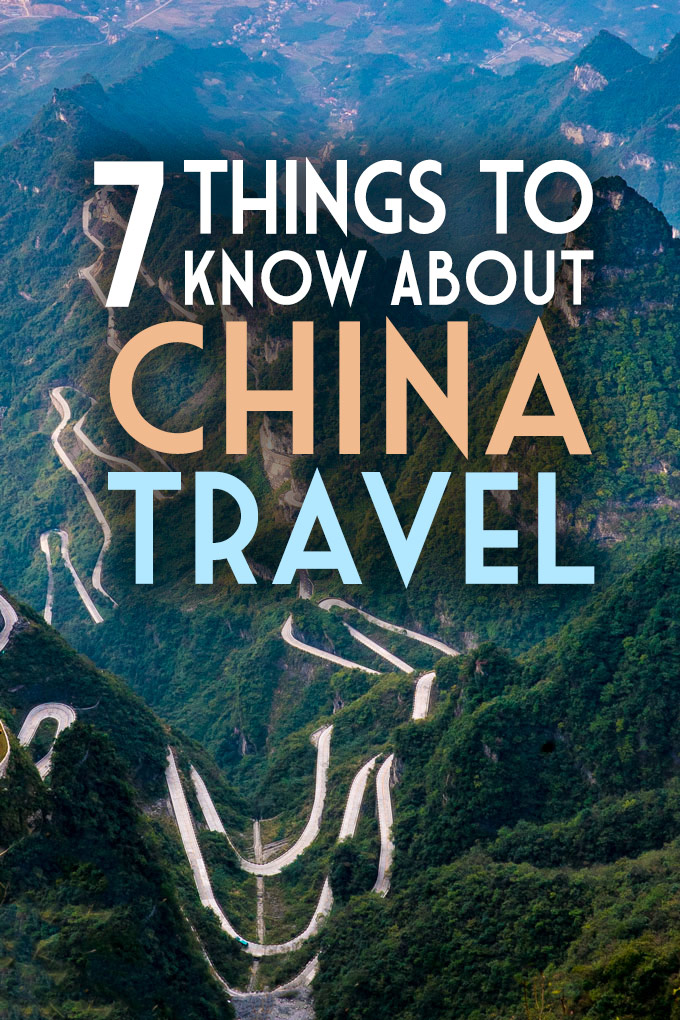 I’ve traveled throughout Asia, but China is its own beast. Having just spent 2.5 weeks in China, I compiled a list of the most important travel tips for smooth travel. See photos of China’s “Avatar” Mountain and posts about Shanghai and Guilin, as well as a travel film.

Don’t even think about getting on that plane until you get a China visa. From Guam, this was no small feat. First of all, you can’t get a visa online. Secondly, you have to apply in person at a Chinese embassy/consulate. Third, it ain’t cheap. Because I live on Guam and there is no Chinese embassy, I had to pay a travel agent on Guam and in Los Angeles to do the deed. While the visa itself was only $150 (steep as far as visas go), the total was $370. I’m fairly certain I got ripped off because I’m not local. Yes, I’m talking to you, One Stop Travel. It took about two weeks to get the visa in the mail.

Facebook, Google (Gmail, Google+, Drive, Maps, yes, all Google products), Instagram, and Twitter are blocked in China. For the social media obsessed, this is a death knell. And even if you think you can live without FB for a few days or weeks, any website that requires a FB login will be impossible to access — that means your Airbnb account if you used Facebook to register (although the Airbnb app worked just fine).

The workaround is to use a VPN (virtual private network), also known as a proxy server. I use Hide My Ass! mostly because I like the logo (a donkey, duh). HMA! costs $10/month and allows you to choose a server in a variety of countries. For some reason, I’ve had the most success logging in as “Seoul, South Korea” while in China.

I had less difficulty using the VPN on my phone than I did on my laptop. You have to login to the VPN each new session.

Yahoo! is alive and well in China, so if you’re a Yahoo! mail user, you will have no problem. Skype and Periscope also work just fine.

Every Day is Black Friday in China

If there is a line for something, Chinese people treat it as if their lives depend on getting to the front. Now, I didn’t see any stampedes and, a few times, people politely waved me in front of them, but generally, lines spell panic.

I’m not singling Chinese culture out on this one. Go to any Disney park during summer vacation and you will likely be treated to the rudest of American culture.

The air in China is thick. In the city, it’s thick with smog from diesel vehicles. In the countryside, it’s thick with smoke from burning trash. Many people also smoke and some chew tobacco. Perhaps that is why it is perfectly acceptable to spit in public. By spit, I mean hock a giant juicy one right into the street. The spitting is naturally preceded by a stomach-turning snorting sound, so at least you have been warned to remove yourself from loogie’s trajectory.

I saw public urination and plenty of people clearing their noses sans tissue as a morning ritual.

Step outside of franchises and big cities, and credit cards are useless in China. Carry enough cash for the day and have enough in the hotel safe for your entire trip. Bank of China only allowed us to exchange $200 of USD at one time and we had to travel an hour from our B&B just to get to the bank. ATMs in smaller cities do not accept international bank cards either.

If you’re concerned about getting mugged, keep the bulk of your cash in your sock or your bra. I’ve done this for years and haven’t had any problems.

Tipping is not expected in many parts of Asia, including China. I’ve read that it can even be considered rude! At the very least it could potentially be confusing to tip where more than one person waited on you.

Like other Asian countries, China is a Bring-Your-Own-Toilet-Paper kinda place. Upscale hotels usually have TP, but rural areas and even tourist attractions do not. Sometimes you can buy a few squares before you enter the bathroom, but just bring a small pack of tissues and/or wet wipes. Bathrooms in airports generally have toilet paper, but sometimes it’s outside the stall, so grab before you go.

You should also know that toilets in China are generally holes in the ground for ladies and a trough for men. Sometimes the first or last stall has a toilet, otherwise you just learn to squat, aim, and hold your breath.

Do you have any China travel tips?

To be honest – I have some mixed feelings about China. I know quite many people who traveled there or even live there and all is amazing. But especially this health damaging smog and the restrictions regarding everything online… for me traveling means something else. But probably when I have seen many other places as well before, China comes to my list. But nevertheless great tips that you share here, especially the VPN how-to. Thanks a lot for this 🙂

Some great tips for first time China travellers. I knew FB was banned in China, but had no idea about Instagram. Also never thought about how to access the websites linked to Facebook, thanks for the headsup. I have never been to China, though I was always fascinated by the history and culture. Thanks for all the helpful points.

I wish I had read these tips before visiting China! It took us such a long hassle to get our Visas and yeah we had to set up a VPN to access websites we love! One thing I didn’t anticipate was the difference in weather, we visited in March and in Chengdu it was incredibly warm but after a few hours in Shanghai we were rushing to the shops to buy hoodies!

Having been to China annually for 8 years to visit family, I can vouch for all of these. I remember when I traveled with my friends to China, watching the shock on their faces when we went to a public bathroom was priceless, especially in the more rural-like areas. They decided to just do their business every morning before we left.

Wow, I learned a lot about China that I didn’t know, as I’ve never been there. I didn’t know that Google, Facebook, Instagram etc were all blocked there, nor did I know that it’s perfectly fine to spit on the streets etc. That would’ve been a strange experience for me as a European. Also to bring my own toilet paper.

Spitting and lack of public hygiene is seen in all developing countries. I have seen it in India, China, Bolivia and even in Brazil. Maybe thats what travel does…tells us problems that a nation has and why people behave in a certain fashion…its learning beyond books!

Great things to know for anyone thinking of going to China. I am lucky my partner has lived there so it was quite hassle free and expectations were met from his experience!

Such good info for anyone travelling to China. I’ve been and to be totally honest, wasn’t a huge fan. But will have to give it another shot in the future. Thanks for sharing!