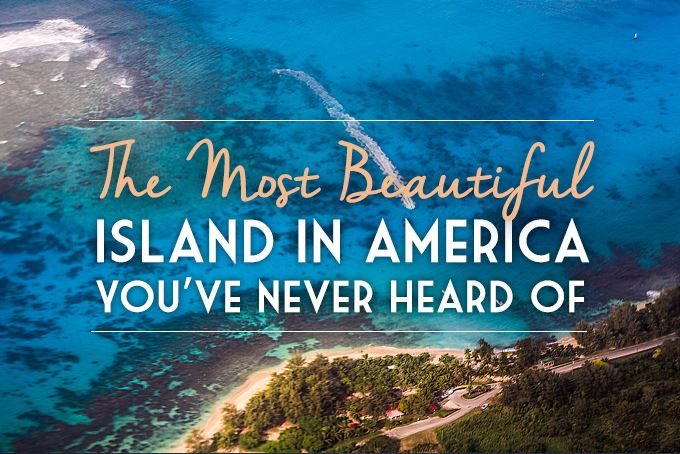 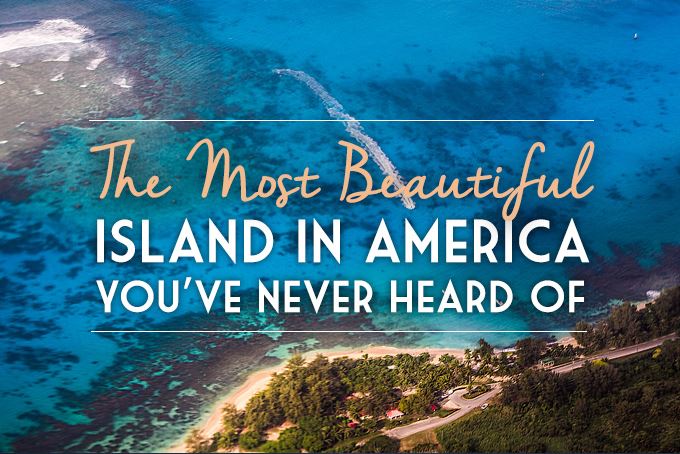 Saipan could be another island in the Philippines — except it’s nowhere near the P.I. — it’s in the Northern Mariana Islands, the largest of 15 largely uninhabited U.S. commonwealth states. Saipan’s brilliant red-orange flame trees, picture-perfect tropical waters, and dramatic limestone cliffs make the island an attractive getaway despite being 1,465 miles from Tokyo, the nearest major Asian city. The island holds its own against competition from its larger neighbor, the U.S. territory of Guam, just 190 miles and 50 minutes away by plane. Saipan is the more laid-back cousin of Guam — a place where you can’t rush if you try. It’s a place to unplug (you can’t get cell service on U.S. carriers anyway) and let this tiny, exotic island in the Pacific soothe your techno-weary soul with its unpretentious beach culture, international cuisine, and fascinating history.

Despite being only 12 miles long and 5 miles wide, Saipan has been hot property since it was colonized by the Spanish in the mid-1500’s. The island changed hands to the Germans then the Japanese who by 1943 outnumbered the indigenous Chamorro inhabitants seven to one. Saipanese largely fought on the side of the Japanese when U.S. marines stormed the island in WWII’s bloody battle which led to 1,000 Japanese jumping to their deaths from Saipan’s inland and ocean cliffs. 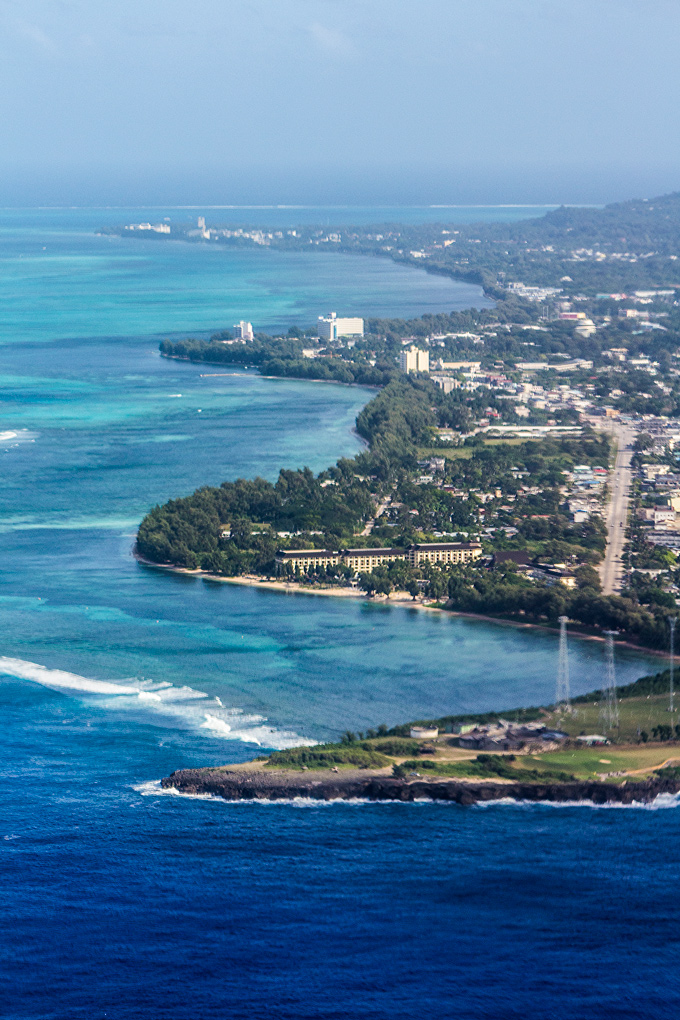 Korean, Chinese, and Russian tourist arrivals have been on the rise since 2010, just a year after Saipan’s thriving garment industry was completely decommissioned due to reports of exploitation of its immigrant workers. Since the U.S. Federal government imposed minimum wage and immigration laws, Saipan has reinvented itself as the perfect beach escape from the hustle and bustle of Tokyo, Manila, Hong Kong and Seoul. In fact, Saipan has 30% of the market share of Korean outbound travelers. Despite the Asian influence, Saipan is a quixotic blend of Spanish, Chamorro, and American cultures, most clearly reflected in its excellent food. Its official languages are English, Chamorro, and Carolinian, the latter two being the languages of adventurous fishermen and explorers who deftly sailed across the deepest crevasse in the ocean (yes, any ocean), the Mariana Trench.

While the island’s western coast is lined with resorts and luxury shopping, the rest of the island is a mix of impenetrable pandanus jungles, dirt roads, and rocky cliffs with views more breathtaking than the last. The moment you shed your city skin is the most this tiny island in the middle of nowhere will seduce you completely. 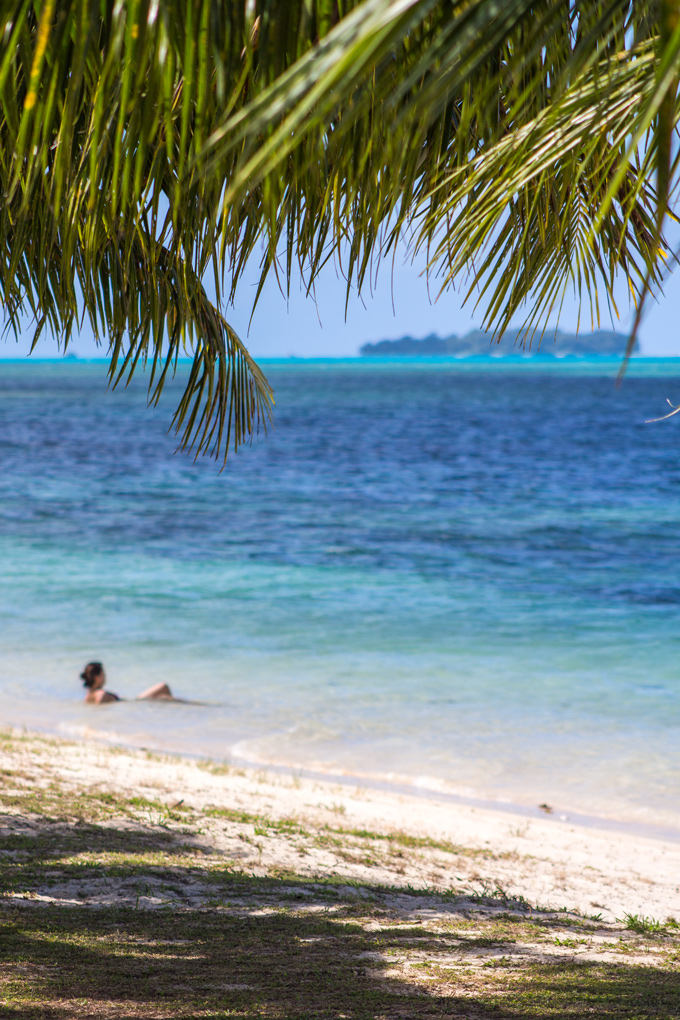 A Day at the Beach

Families with kids of every size pile out of pick-up trucks and waste no time unpacking canopies, BBQ grills, and coolers. The kids scatter just as fast as the parents get to work on grilling dinner. Pork belly cracks and sizzles on the charcoal grill, wafting smoke across the tree-lined beach. Local interpretations of Bob Marley songs play on the radio. You slink back into your beach chair and gaze up at two acrobatic white terns taking full advantage of the powerful trade winds, which thrust the birds another 50 feet above the tree line. You toss a sliver of pickled green papaya in your mouth, savoring the vinegar and the hot pepper kick at the end. Neighboring Tinian island, just 5 miles to the south west, is famous for its spicy boonie peppers. You pull your straw hat over your head and dig your toes into the silky sand. A stiff breeze rushes through the ironwood pine and coconut palm trees, drying the sweat on your brow. 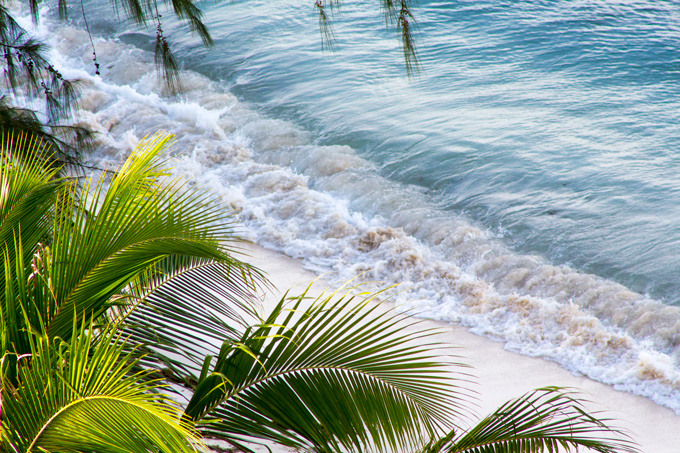 You wake to find a shirtless leather-skinned fisherman pacing the beach and staring intently into the shallow waters. After 20 minutes, he finally casts his net into the ocean. He retrieves the circular net slowly and lays out his catch on the beach. A dozen shiny white fish pop and writhe on the sand. He makes a small trench and pushes the fish into it for safe keeping. 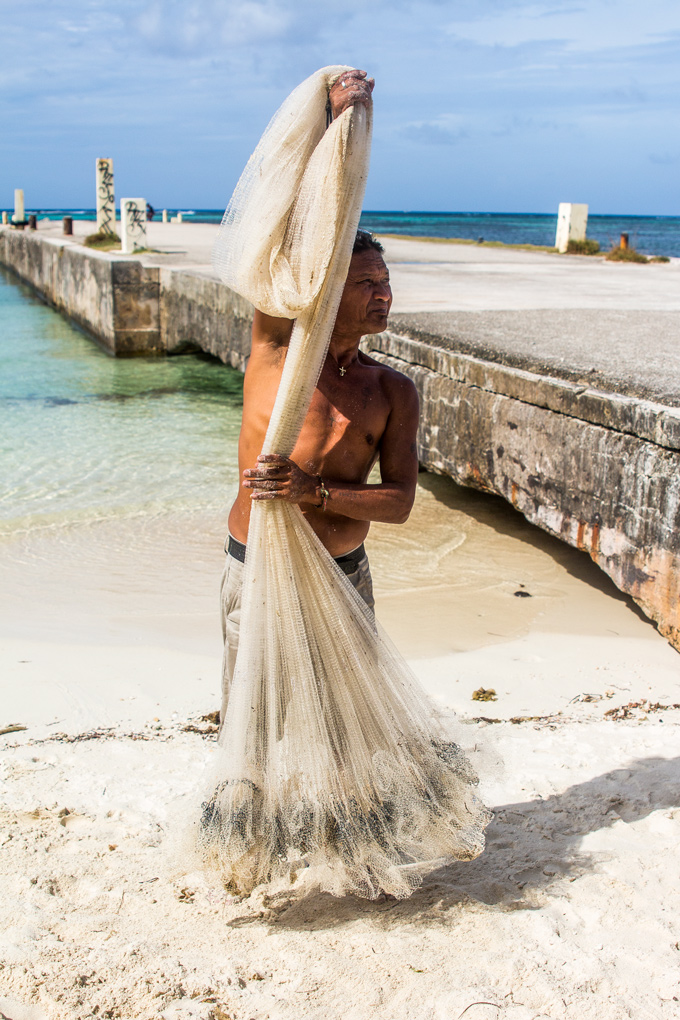 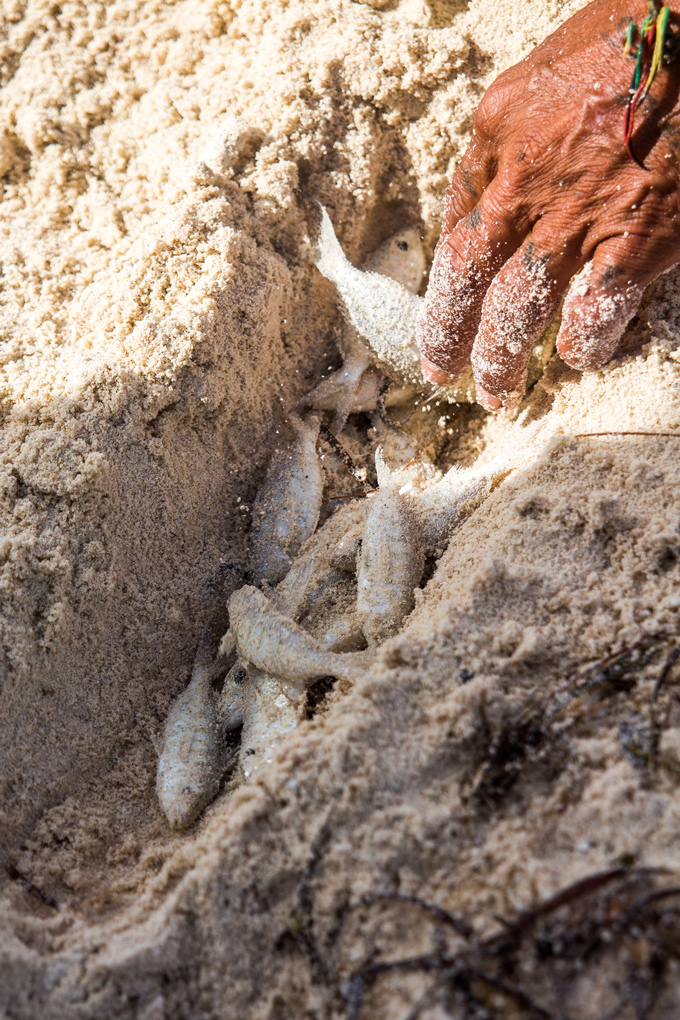 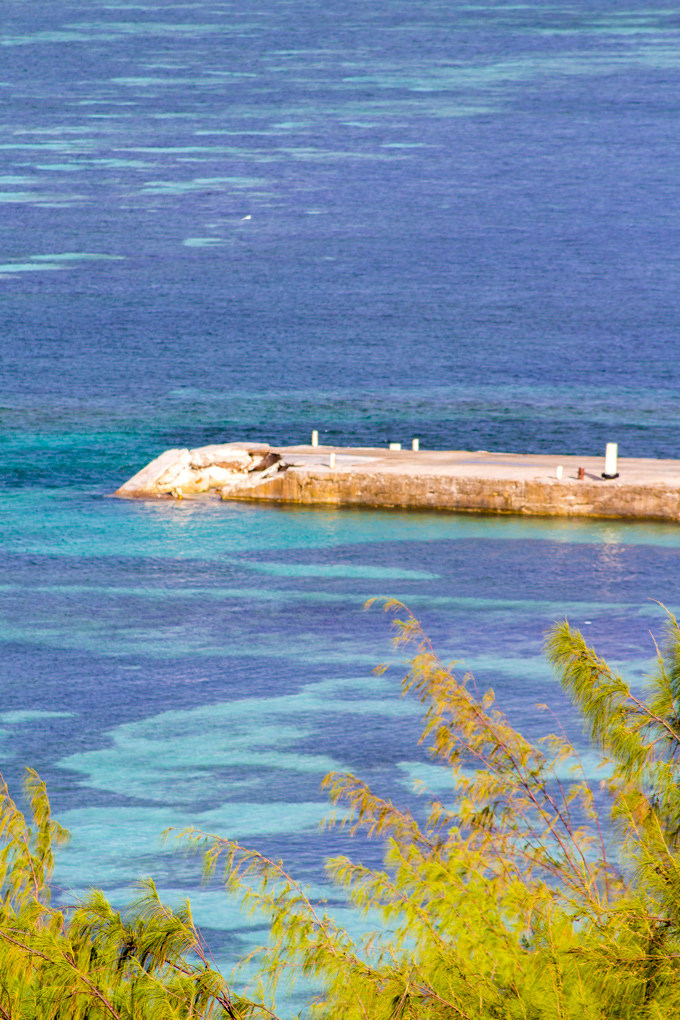 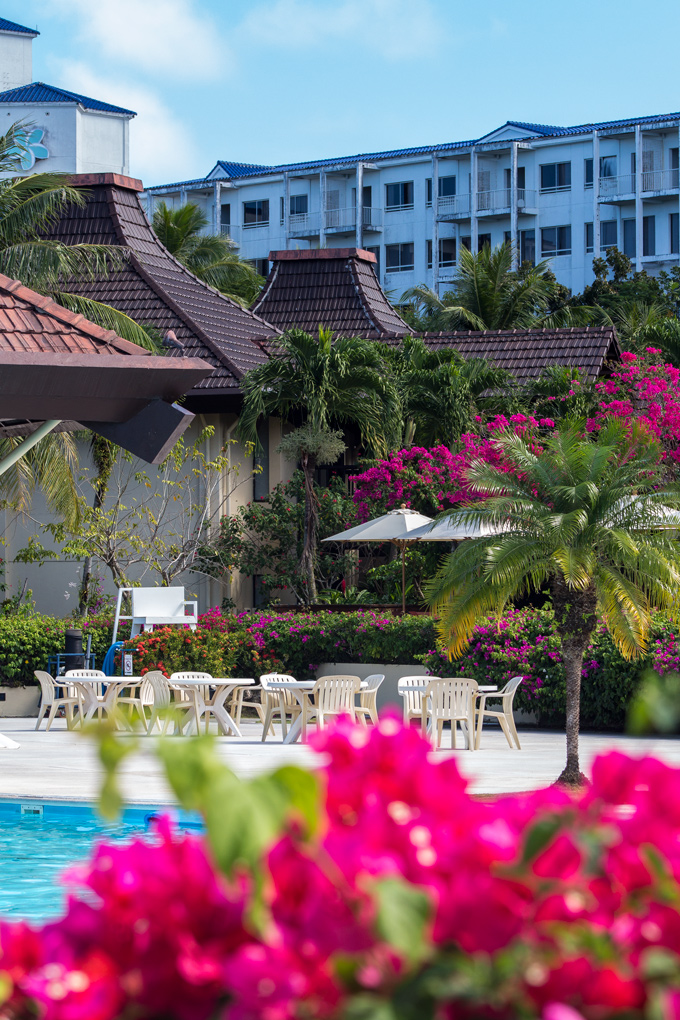 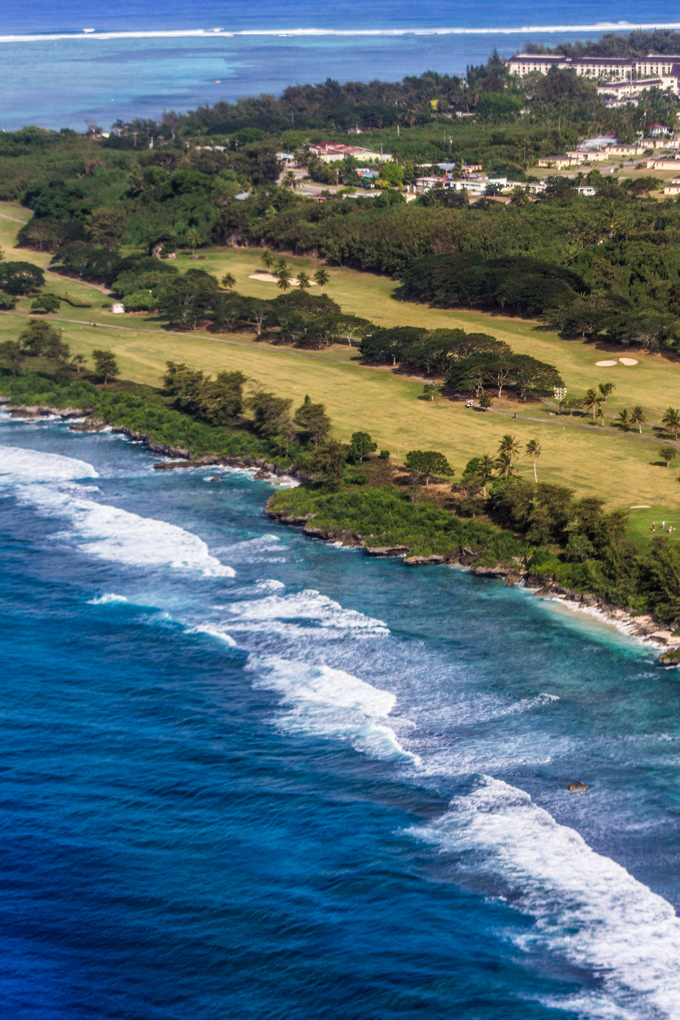 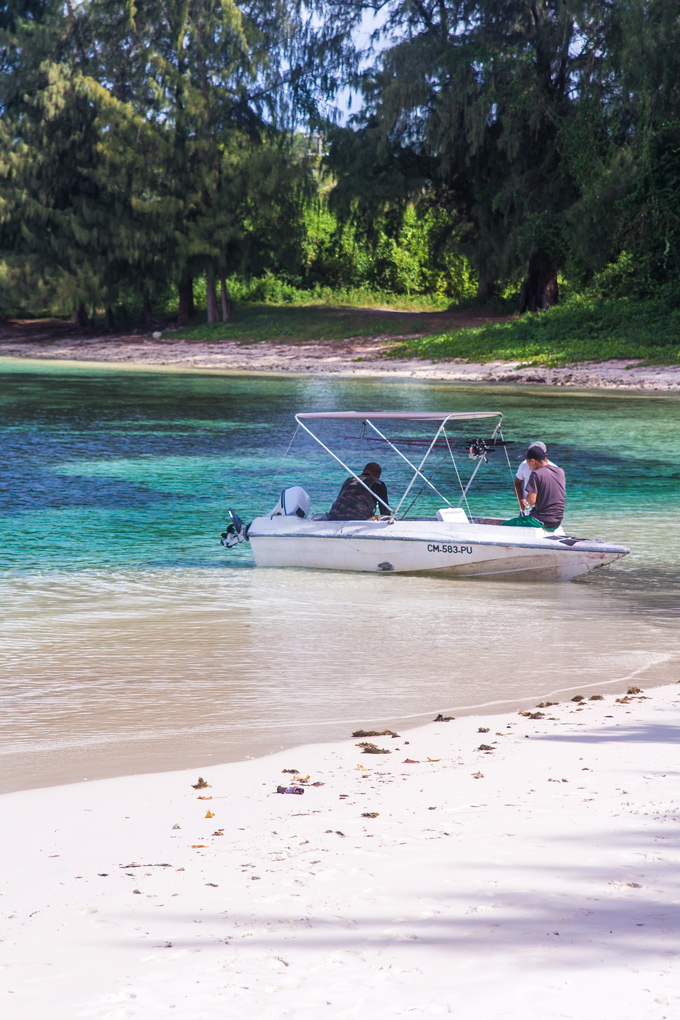 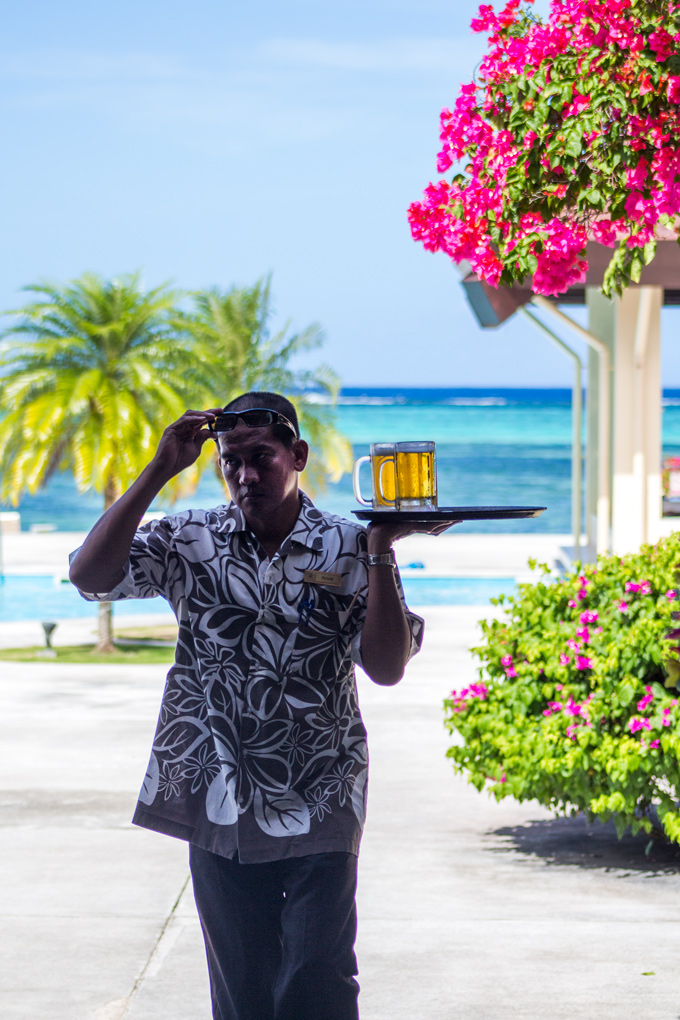 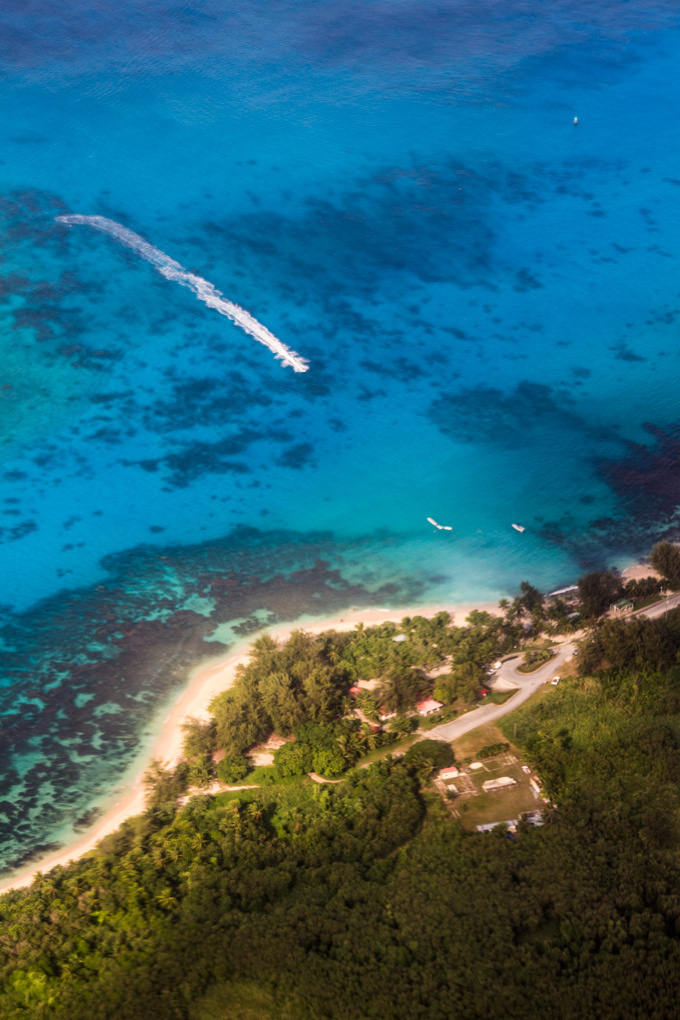 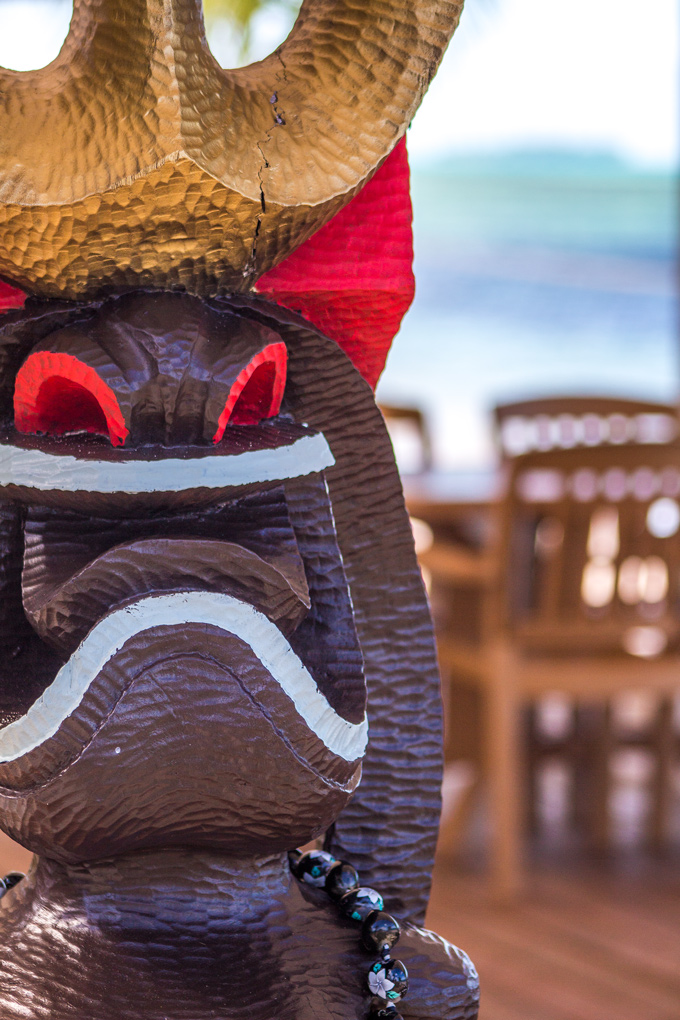 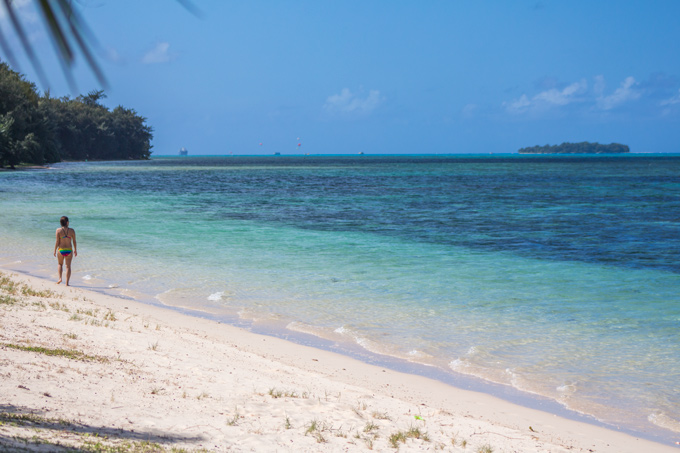 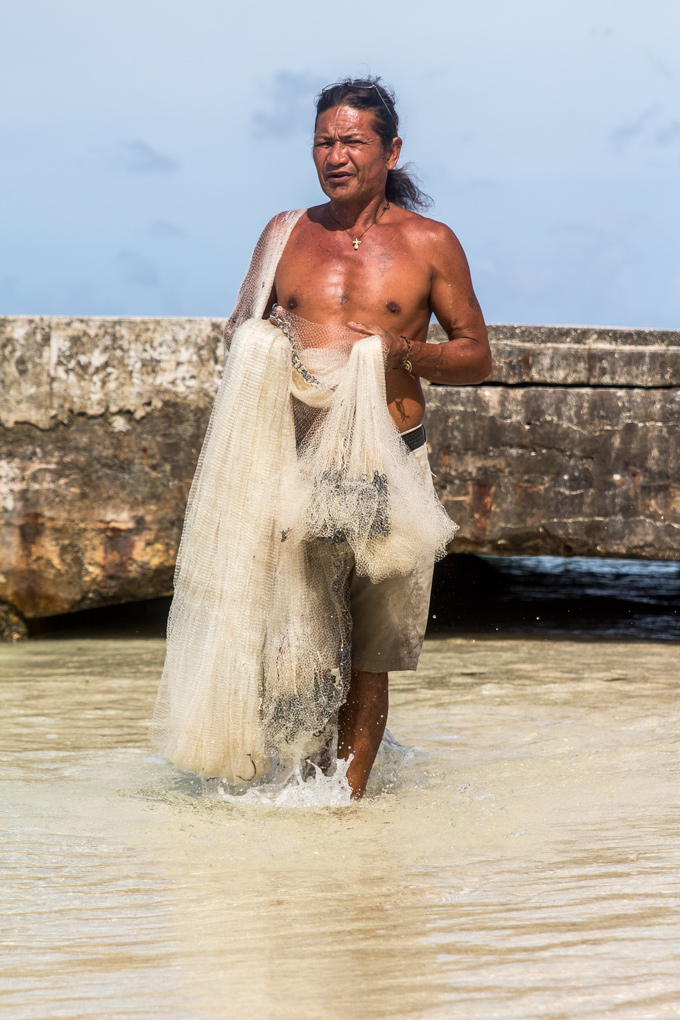 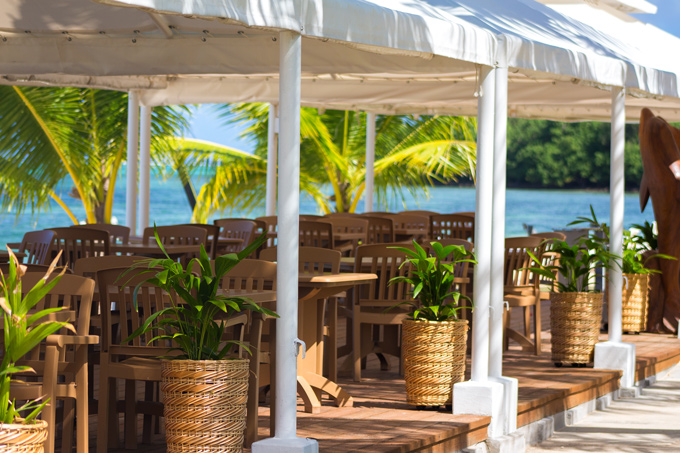 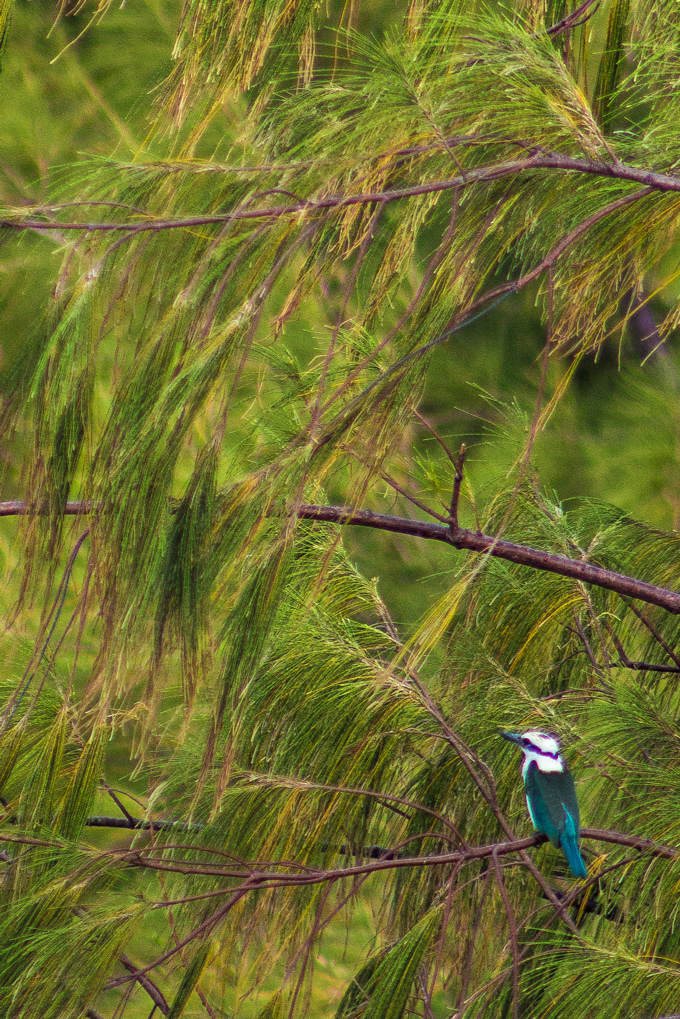 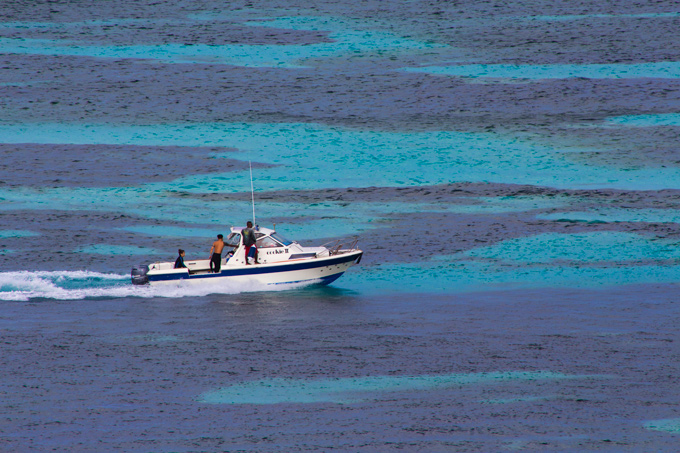 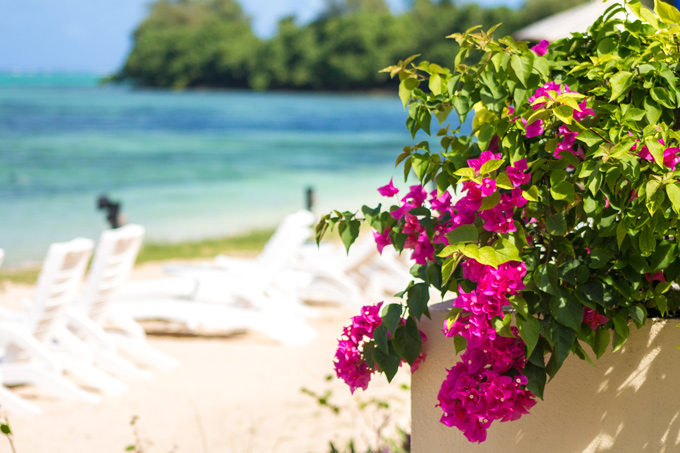 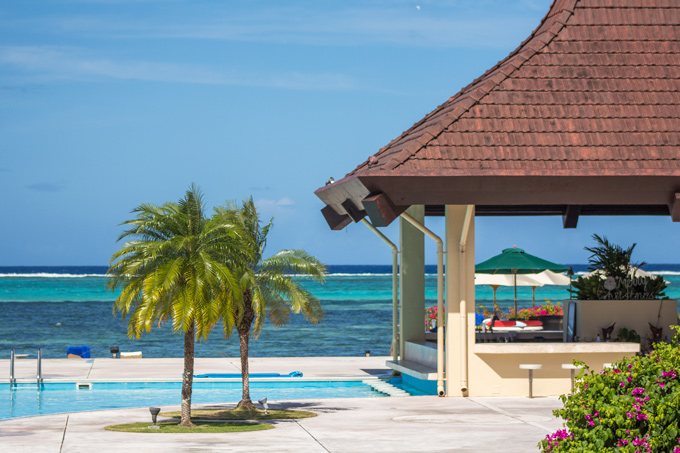 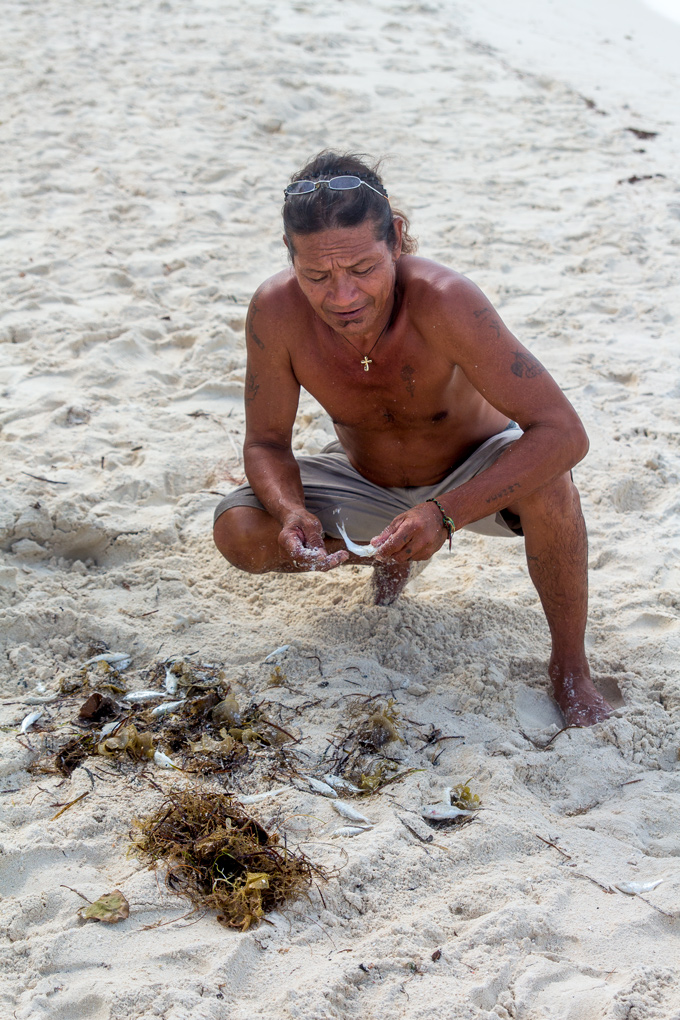 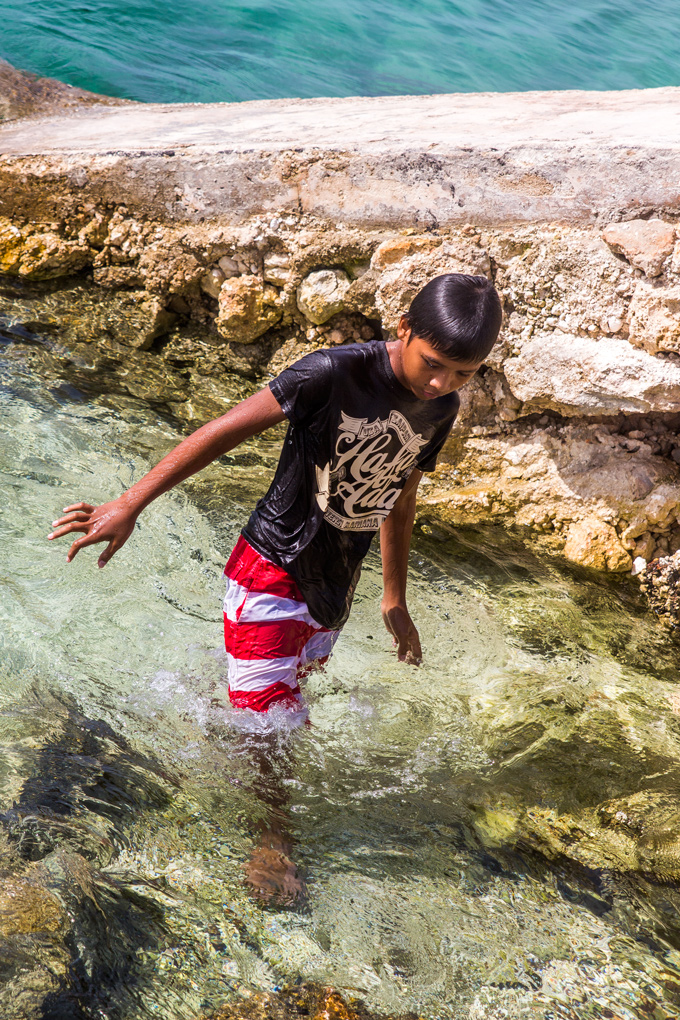 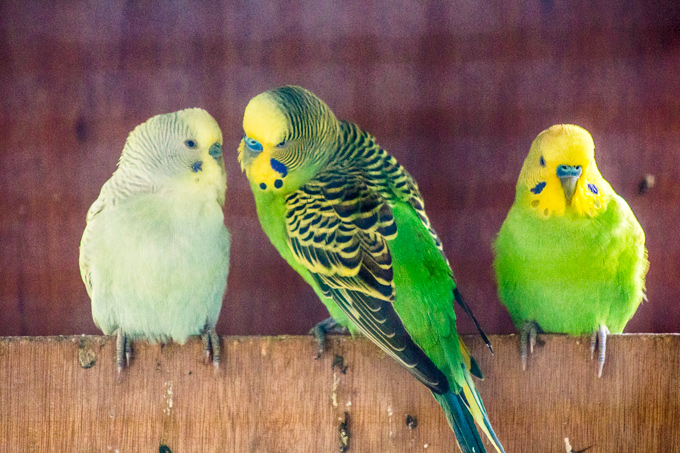 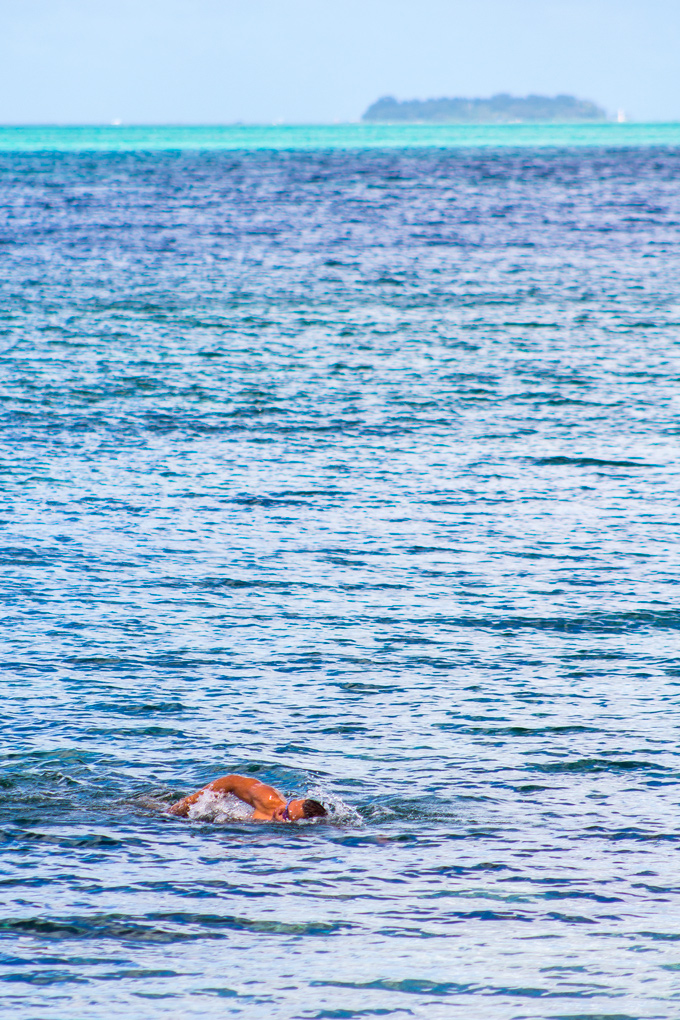 Where I can find a vacation package to Saipan and in installment payments…?!?!

Depends on what type of vacation package you’re looking for…

Not sure about installment payments, but many people visit Saipan through Guam. You may be able to get a package that includes both islands.

Check tripadivosr for saipam, I found an excellet resort to stay there and have such an amazing time! Hope you have as much fun as I dod

How much does a one week package start atv for saipan

I visited Saipan in 2003. It is probably still the most perfect beaches I have ever seen, and they were completely deserted. I spent 4 days there with a friend, and after only a few hours the locals were coming up to speak with us because they had heard that there were “British girls on the island” – this was so unusual that they desperately wanted to speak to us! They asked us about Princes William and Harry, genuinely thinking that we might know them 😀 I had an incredible few days there. I would blog about it, but my pictures are all pre-digital camera ones.

You are right Jessica, I’d never heard of Saipan. I knew about Guam from the famous t-shirts and the Adam Sandler movie Pixels. Saipan looks more popular with tourists coming from the east, like you said. It sure does look peaceful and I’m sure the fresh fish tastes great. I love fresh fish with lots of salt!!

I’ll give you that, had no clue about this place. Saipan looks beautiful and very much like the South Asian islands but the water is equally pretty and there’s something about island life that always comes across as relaxing. Loved the photos especially of the local with the net.

Interesting, I didn’t know that this part also once belonged to Germans, but this place looks fantastic.
Your photos are incredibly beautiful, would you tell me which camera and lens you are using?
Really well done!

woaaaaaah!! these photographs really make my want to visit Saipan! It looks amazing 🙂

Wow! Saipan looks like a surreal world away from our bustling city. The azure crystal clear waters and the sandy beaches makes for a perfect getaway. It is also fun to get an insight into the life of the fishermen while we soak up the sun at the beach. Your captures of the island are awe-inspiring.

Such gorgeous photostory! What popped into my eye where the fish in the sand. Really curious why he did that. Even if I’m typing these lines from a Sunday evening in my London flat, I kind of get the travel vibes from sitting under one of the palm trees. Thank you for that.
Hope the week ahead will be a great one! 🙂

The fish flops all over the sand and often make it back into the water and swim away. The hole in the sand will keep them contained so none can escape. Usually, the fisherman keeps the fish in the hole as he cleans and straighten his net for the next throw. After that, he collects the fish, cleans the sand off them and places them in a small bucket or a plastic container that he brought along to holdctge catch.

Wow, the beaches and water of Saipan look pristine! Did you do any snorkeling or are there any dive sites there? Either way, Saipan is a beautiful looking island.

You are right! I haven’t heard of Saipan. Looks like a wonderful place to go to. Thank you for putting it on my radar

I have heard the name Saipan but that’s about it. I love the idea that it is a mix of cultures. The beaches look stunning!