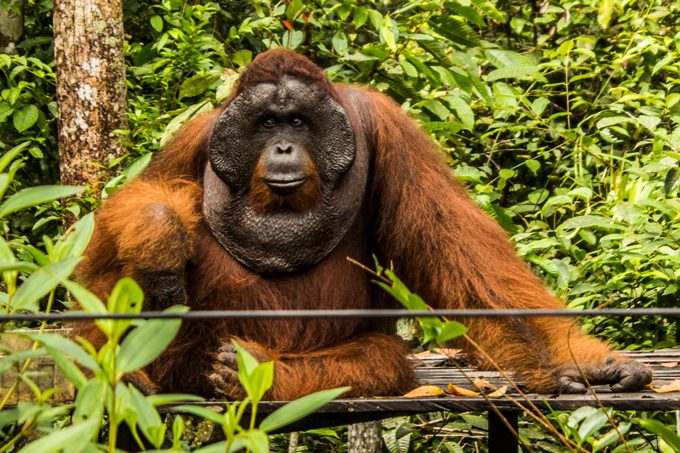 Day two on the klotok allowed for two hikes to feeding sites. We ventured to the heart of Tanjung Puting, Camp Leakey, another half-mile walk through the singing rainforest. A large female orangutan named Siswi was tucked under a raised house in near slumber. Dian told us she was the queen of the forest, but had been jilted by her king. She would follow him everywhere, the guide said, but he was indifferent to her. To our surprise, a long-armed gibbon joined the meal, hopping with seeming hydraulics from tree to platform, only to be waved away by the dominant male, Ponorogo. The gibbon, named Boy Boy, obliged temporarily, but eventually worked his way into the meal and there sat three adult orangutans, one baby, and a wiry gibbon all drinking out of the same bowl. Ponorogo, age 27, eventually wandered off, and a female with baby in tow followed suit, but took her meal to go, the large plastic bowl tucked under one arm, baby in the other.

Read about Day 1 in Borneo.