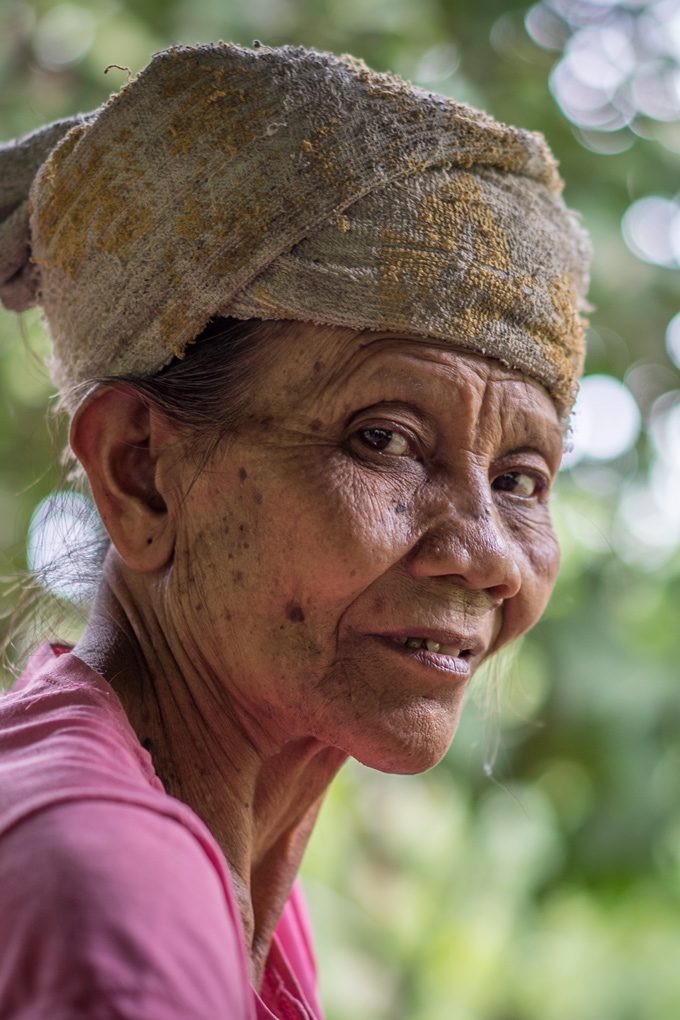 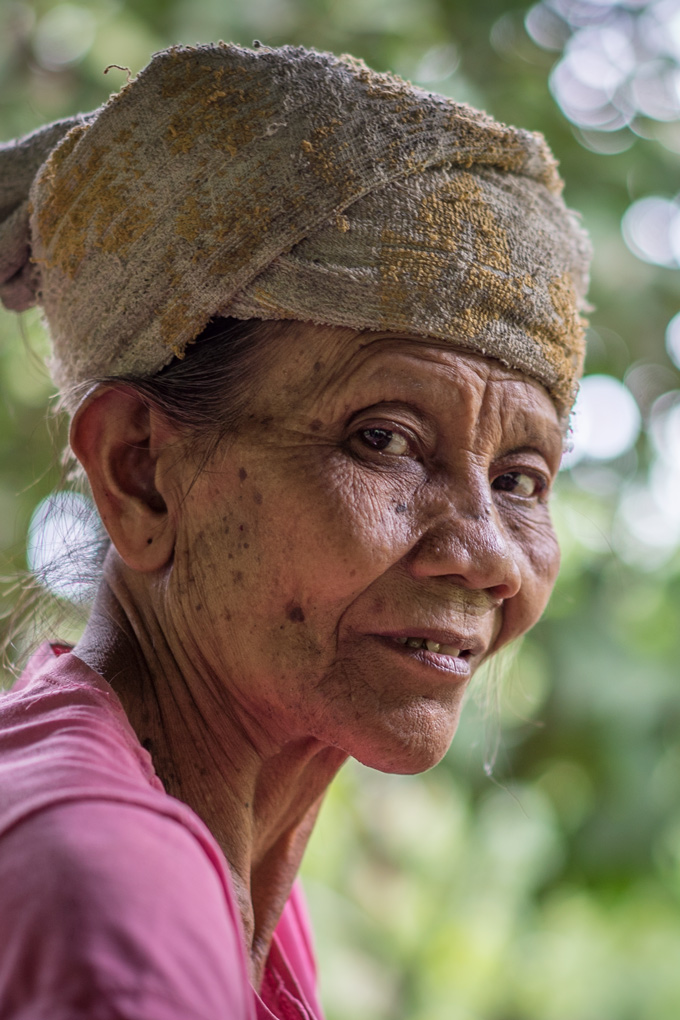 This woman is the owner of a thriving coffee farm in Bali. I took her picture before I knew that. I simply saw her cooking over a hot stove and was intrigued by her face and her work. I’m glad I found out who she is.

I’ve written about being an eco-conscious traveler, but this is about the sting of guilt I’ve felt walking though impoverished villages with an expensive camera in hand and a clean bed to return to.

I wasn’t made aware of extreme poverty until I visited Jamaica in my early twenties. I was in a rough and tumble neighborhood in Montego Bay far from the safety of an all-inclusive resort (I stayed with locals). It was my first exposure to bone-thin stray dogs and metal lean-to’s. My Jamaican friends insisted I stay close to the men in our group as we passed through the barrio. A body had been found (and stepped over by neighbors) just the night before. I was scared.

But I was also pricked — my conscience, that is. My six years on Guam has exposed me to far more than even that Jamaican ghetto. It’s my motivation for making a film about the loss of indigenous culture on Guam.

That being said, I don’t want to debate the consequences of white guilt. However, I do think travel bloggers, writers, and tourists from affluent lands can’t simply ignore the disparity between tourists and the indigenous people whose lands we enjoy visiting.

[slogan]We shouldn’t simply divert our eyes or point our lenses away from social injustice when we travel.[/slogan]

Those of us who enjoy photographing local people can’t help but wonder if we are ignoring their struggle in the process of creating our art. It was another travel blogger that prompted me to consider this once again.

The irony is that exposure to injustice is actually a great reason to travel. If you eschew the trappings of tourism and get to know local people, you gain not only a better understanding of the world, but of your place in it.

My husband always said, “You know we live on the creamy, upper crust of society, right?” I would argue back: “But we’re not rich. We’re just regular working class people.” After I moved out of the U.S. Mainland, I came to see that he was right. Living in Dallas, we were neighbors of Ross Perot and George Bush, Jr. We enjoyed the same civil liberties, Starbucks, and Whole Foods as people whose annual income I wouldn’t earn in a lifetime.

It’s hard to recognize being privileged in this way until you are exposed to people and societies who literally have no options in life. I was in China when the government announced the historic legalization of two children per couple instead of just one. I’ve witnessed the extreme crowding in the most densely populated city in the world. I’ve seen the scars of Apartheid in South Africa.

For travel bloggers, it’s important to acknowledge injustice even when promoting a destination. And for tourists, trampling on the livelihoods, liberties, or property of locals when we travel is simply inexcusable.

As a tourist from an affluent country with a passport that is virtually undiscriminated against, I will never be able to say I’ve walked a mile in any one else’s shoes.

That’s okay. I can’t change where I’m from.

What’s not okay is being insensitive.

What’s not okay is treating people as inferior.

What’s not okay is traveling like a tourist at the expense of local people and lands.

I don’t have all the answers in this post and I’m not so naive as to believe humans can right all their wrongs. I don’t even claim to be blameless in all these respects. I’m simply pointing out the need to acknowledge that behind our exotic portraits of working class faces are real people who deserve a second look.

I don’t know all the stories of the Balinese people you see here. I can tell you that these children pictured below, although giddy at the sight of us, live in a modest farming village at the foothills of a volcano. Their faces are dirty because volcanic ash fills the air. The surrounding lake, though beautiful from far away, is infested with flies.

I write this, not to be discouraging about visiting Bali, and certainly not to disparage the Balinese way of life, but to point out that a picture is not always worth a thousand words. Sometimes a thousand words are necessary. After all, who of us would want to be summed up with a single photograph? 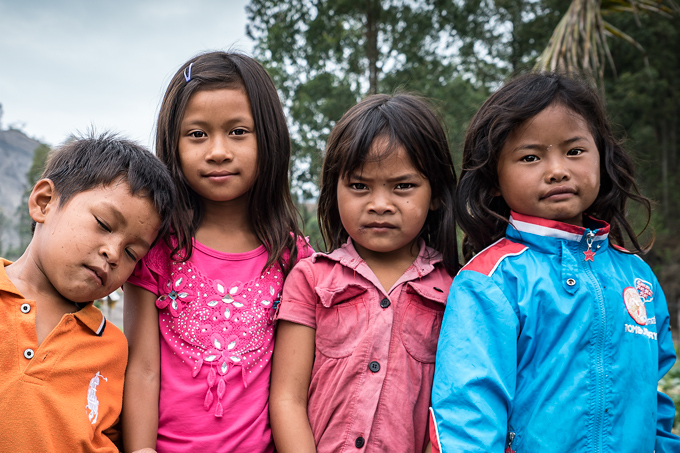 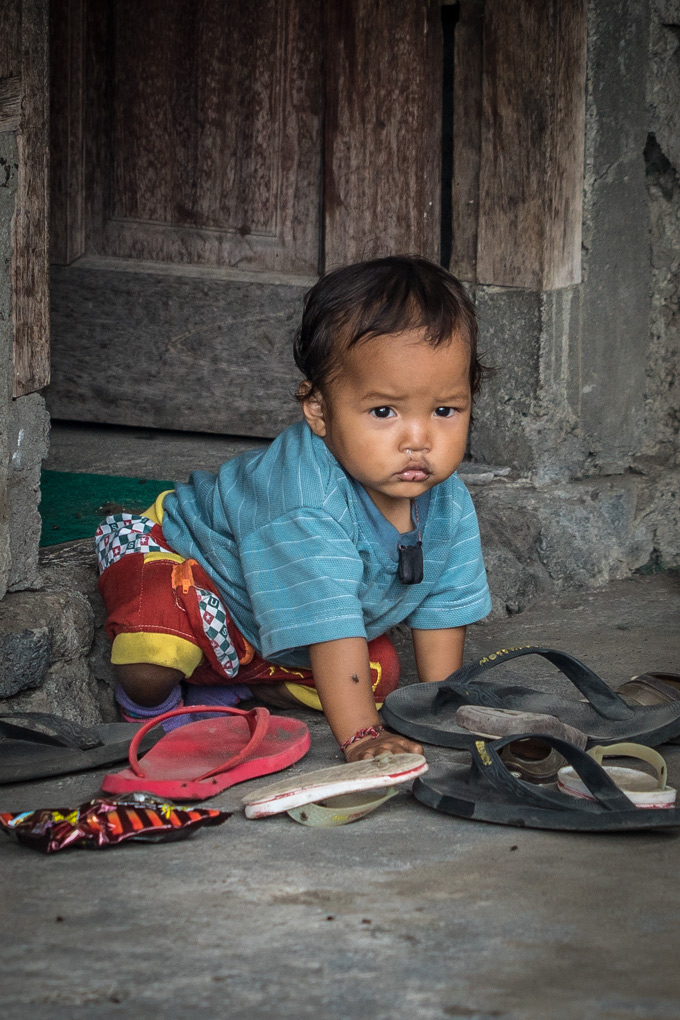 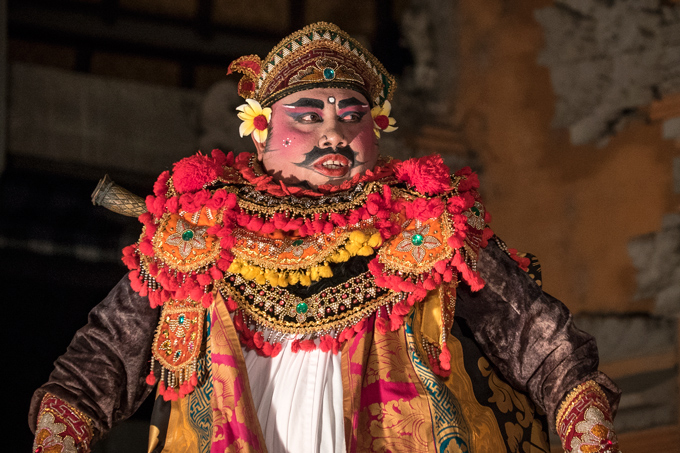 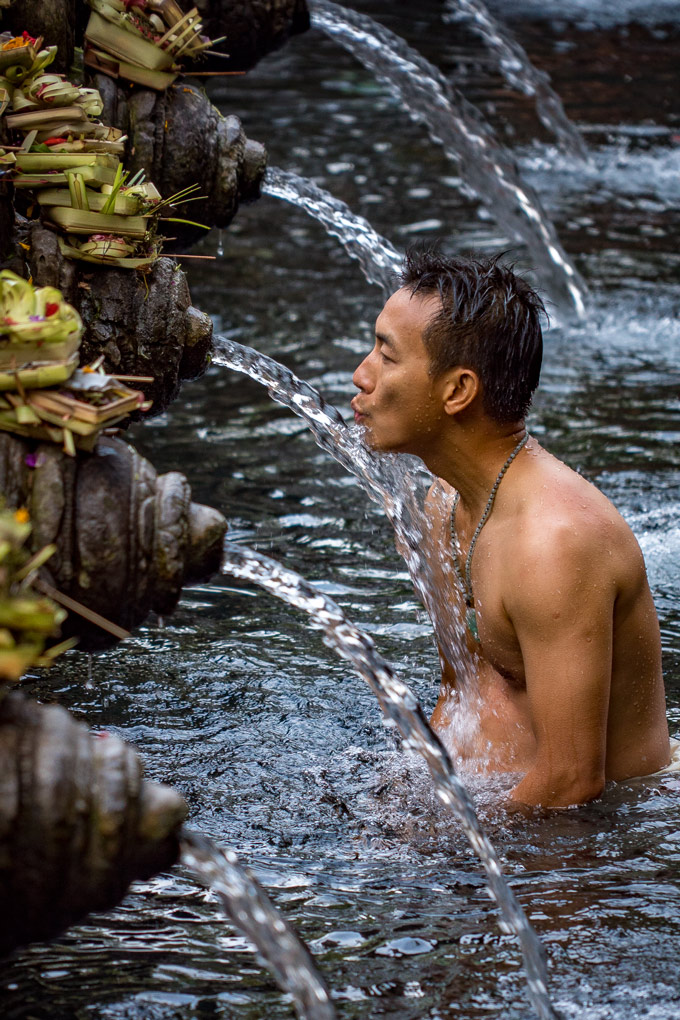 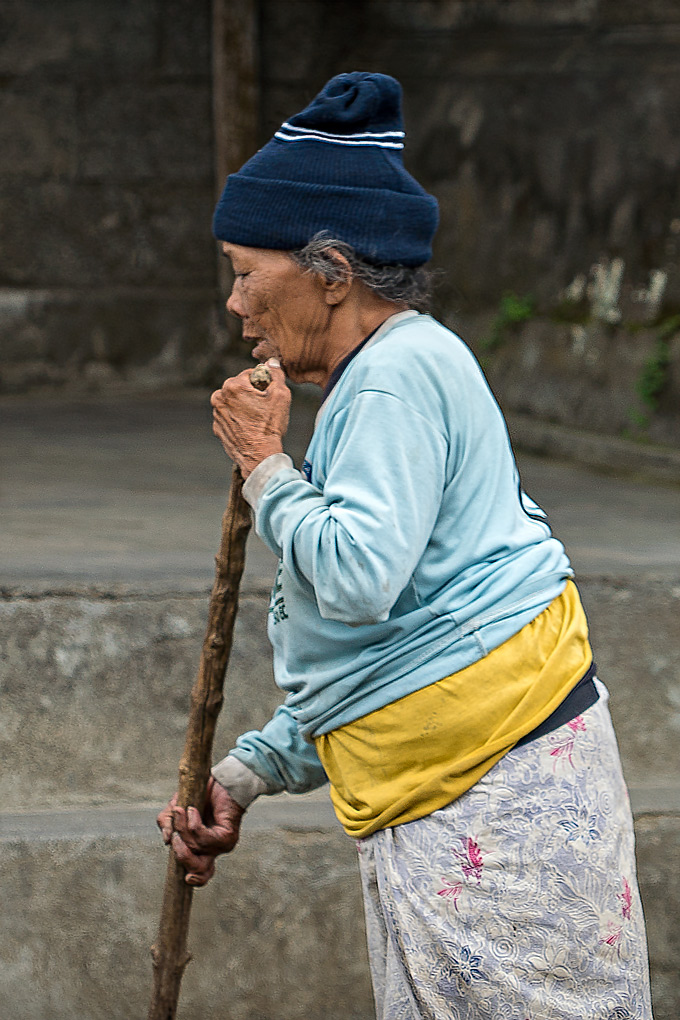 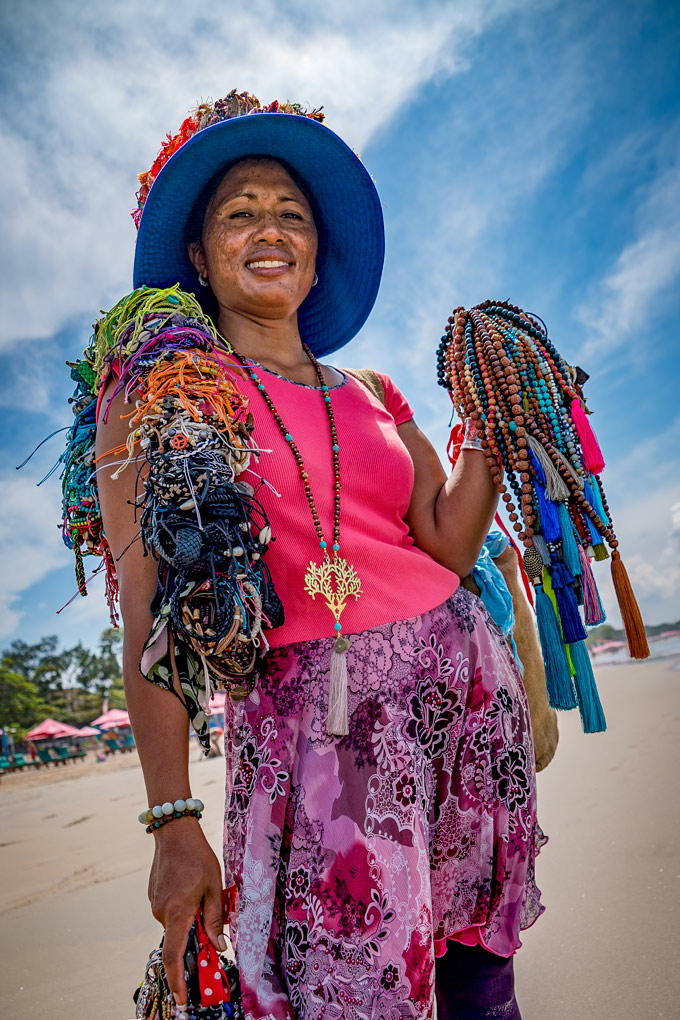 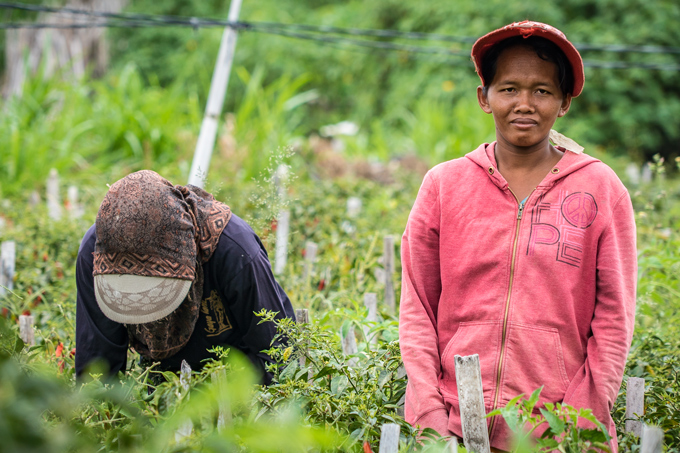 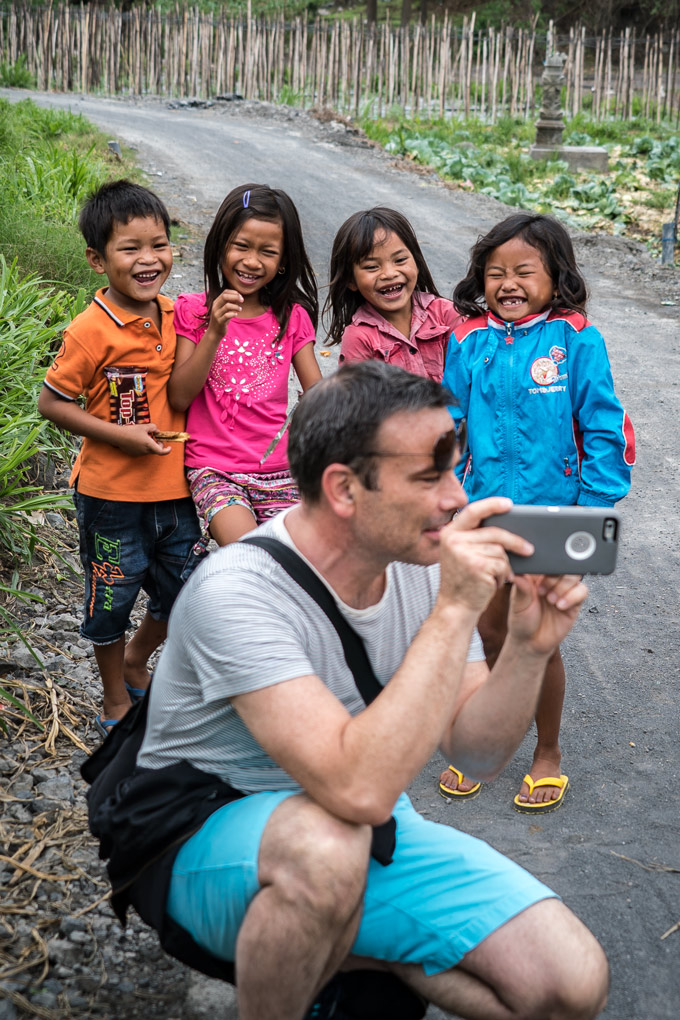 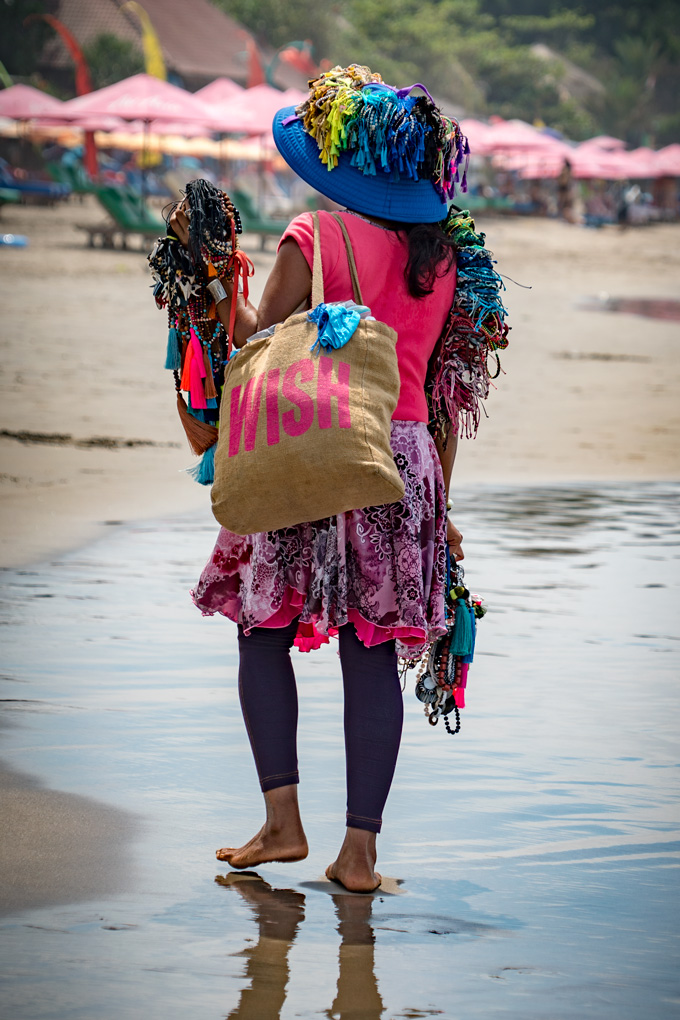 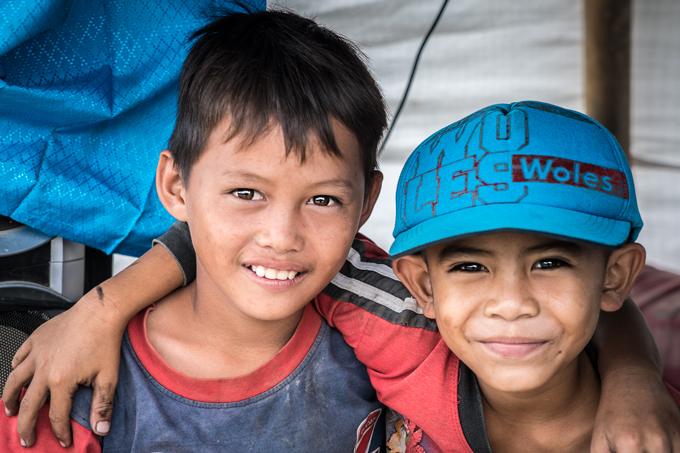 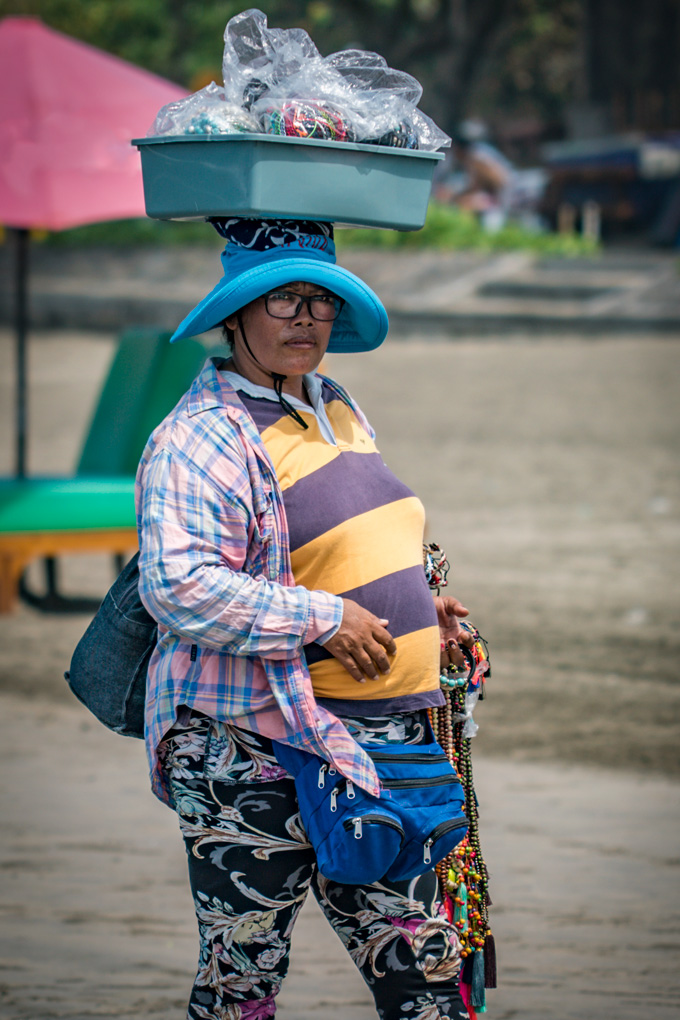 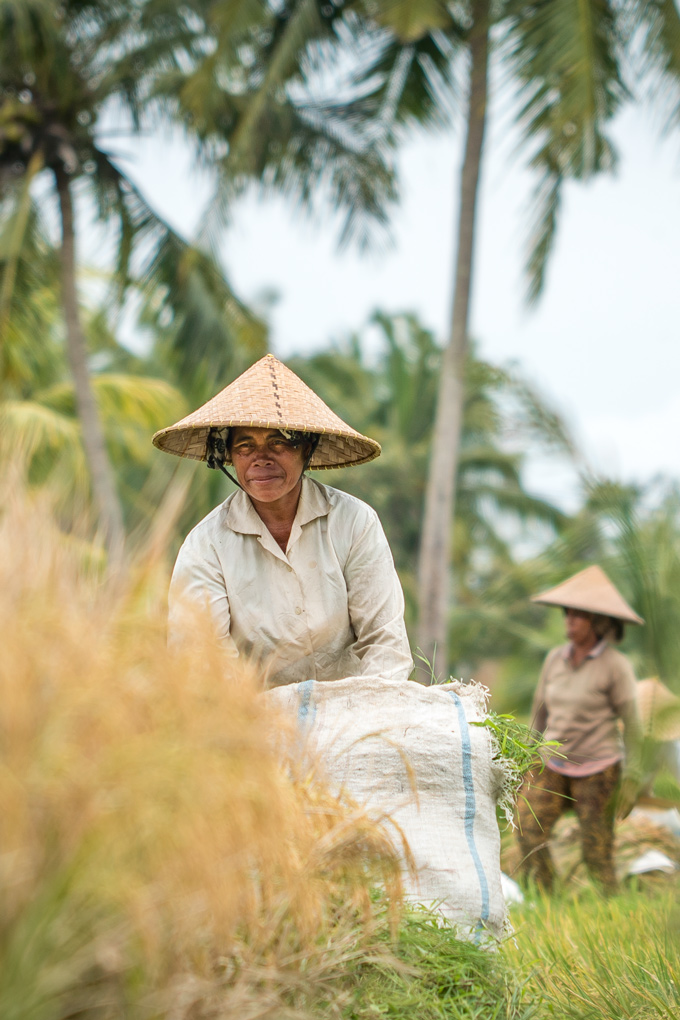 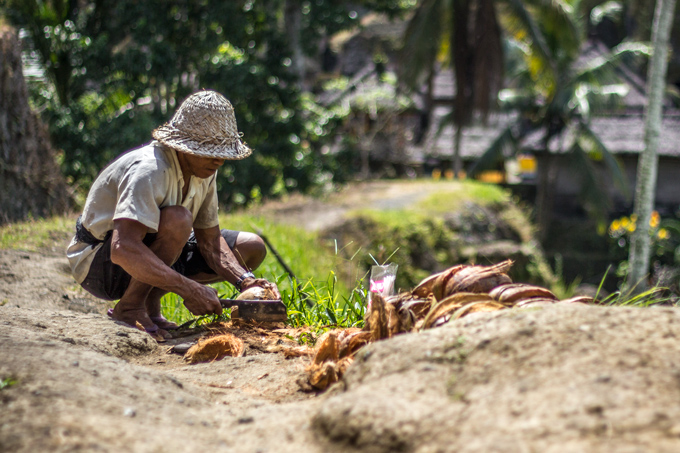 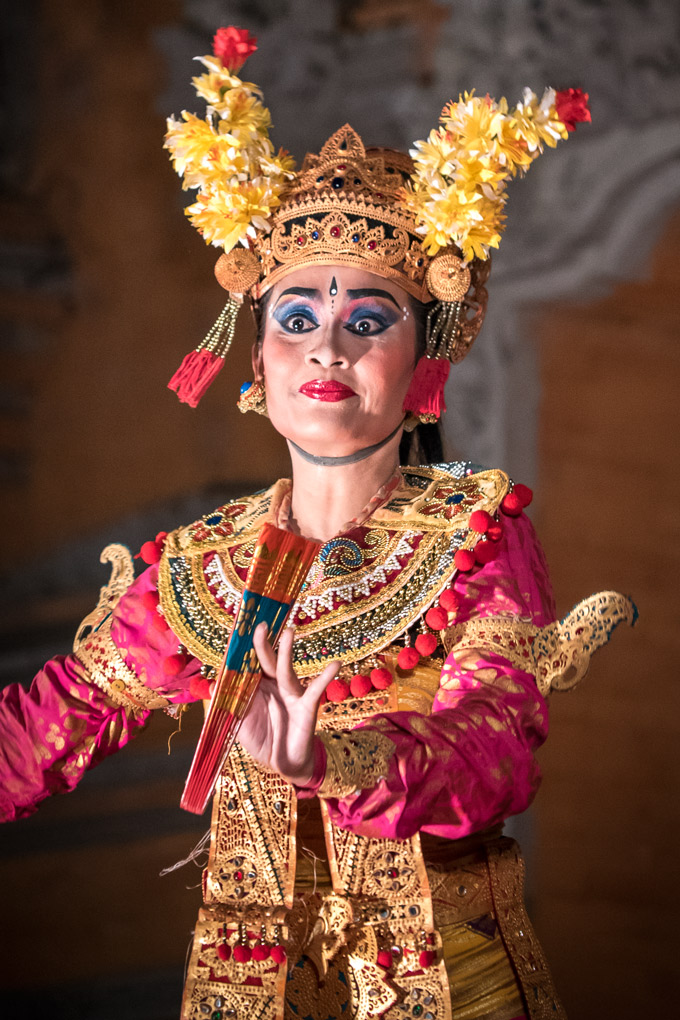 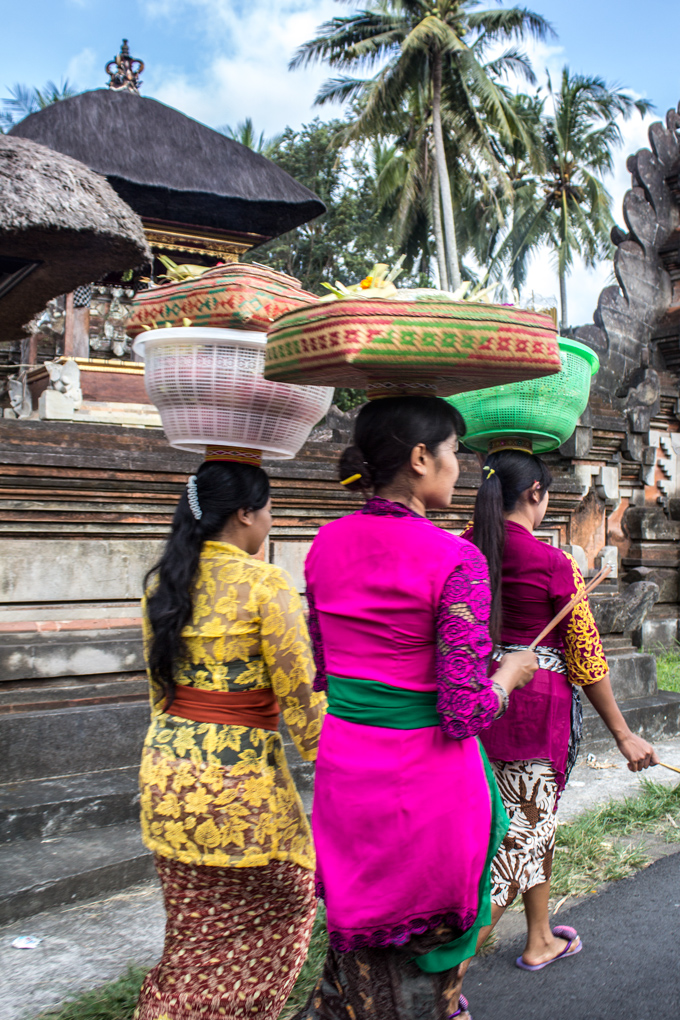 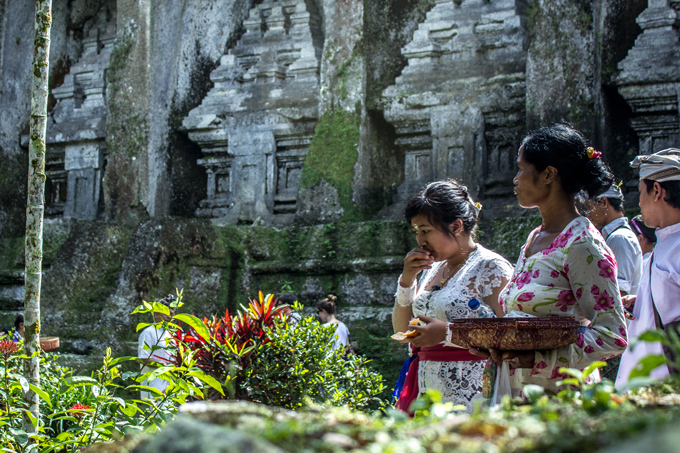 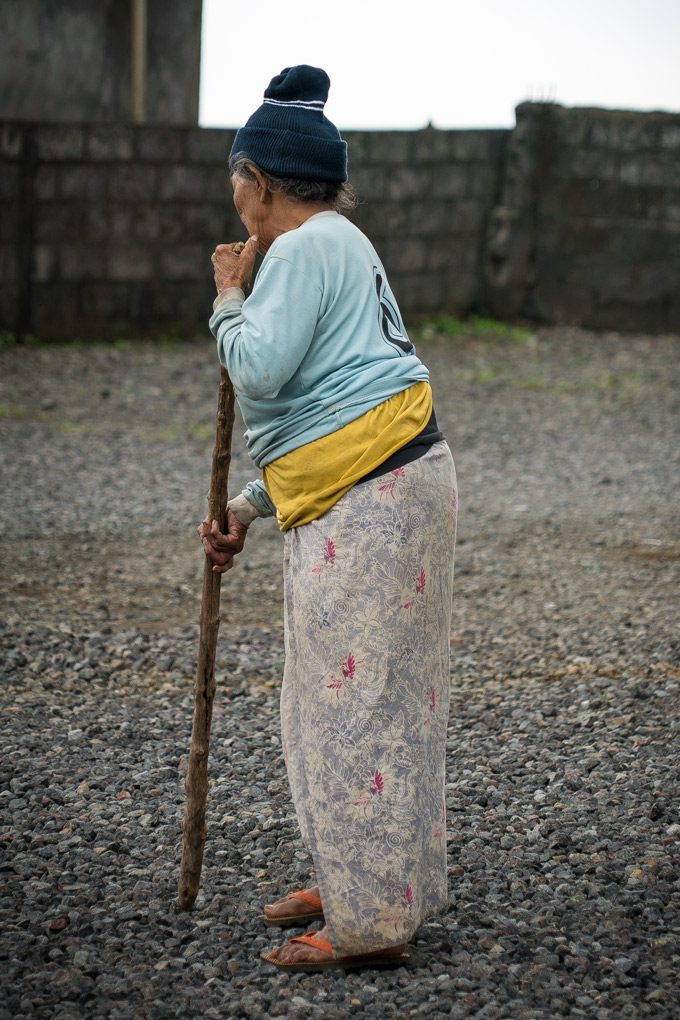 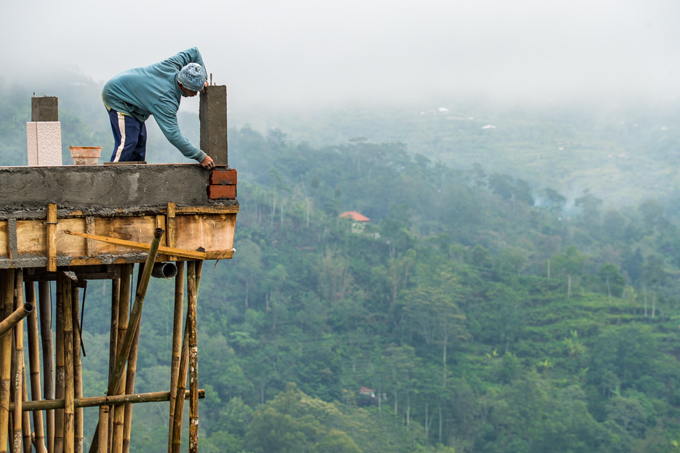 I’d love to hear your thoughts on the issue below!

I’m absolutely in love with your photos. And I’m with you on this issue. Part of why we travel is to expand our understanding of the issues our world faces– sometimes to even be moved enough to do something about it. I do think that photography can be tricky, as some people don’t like having their image captured on camera (for personal or spiritual reasons); others simply want a little cash for photos; and still others will smile and laugh and pose enthusiastically for free. I think that being sensitive is the only way to do this well; and we ought to tread carefully as we wander through someone else’s home. Ultimately though, I think we have a lot of power as travelers to expose the realities of the world to our friends. Every time I travel, I’m inspired to live with less and to give with more.

Hi… I just discover your blog and find it interesting. Some comment of the above articles (as a person who spend most of his life in SE Asia)

Yes, travelers should be sensitive to local culture. The habits of different countries, different areas are not the same with the habits we know. Things that are okay for us, usually not for the locals, vice versa. Communicating it nicely is the best way to bridge the difference while travelling. Most of the time, the host will understand and appreciate the effort to communicate.

Yes, travelers should acknowledge injustice. The income gap between the rich and the poor are huge in many part of the world. Social, political, economical, and human-rights injustice are common sights in many countries and should be acknowledge. However, the value of justice in many occasions are not the same trans-culturally. Applying traveler’s values to the locals and point it as injustice will not solve the problem.

Yes, travelers should never treat other people as inferior. The person that looks bad is not always bad. In certain areas of the world, there is hesitancy to show the world their “material” value in order not to offend their neighbors. Hence, the look often deceiving. In many times, nobody cares about what other people have on their hands.

It’s an interesting scenario that rears its head from time to time.

I don’t think we should ever feel guilt for where we were born (in this situation), however it is, as you’ve said, weighed more on how we conduct ourselves around, then represent these peoples in word and image.

Your post is beautiful. In the artful sense of beauty, but mostly on the human sense of it. I think travelers and bloggers have a “responsibility” to talk about what’s really happening in the world, what the world is made of, and it’s not just white sand and cool resorts. I was faced with the same questions and debates when I went to India and volunteered in the slums. India is beautiful. But it’s not only beautiful. It’s unfair, it’s hard, it’s poverty, it’s dirty,… Same goes with Bali. And I’m so so so happy and grateful when someone expresses it with such talent.

What a beautiful perspective. I have always seen Bali as a place filled with amazing culture and beautiful temples. Could never really imagine that getting to know about the souls of Bali would be equally amazing.

A very beautiful post. And equally beautiful pictures. They capture not only the humans of bali but also their emotions clear on their faces. it’s so true that injustice does exists, people are treated as unequal and inferior. As travelers, we can do our bit by showing our sensitive side to fellow human whom we meet, respect their culture and honor their traditions.

I love the captures….they bring to light life in reality. Like you said, it is important to be sensitive when traveling to the locals. YOu need to appreciate them and not really bring out the negatives about their lifestyle. Glad you wrote this post