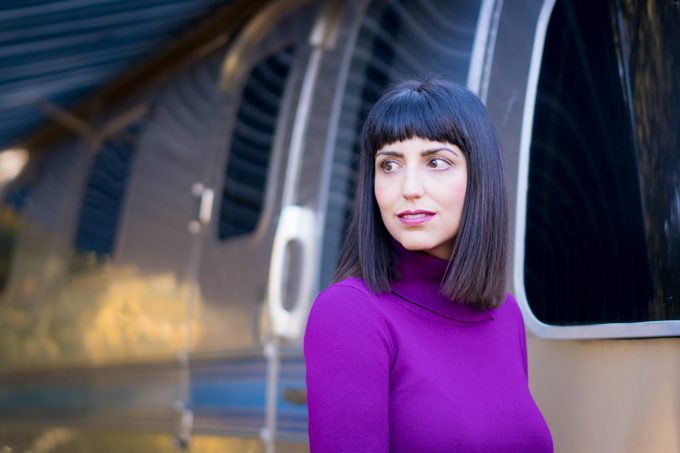 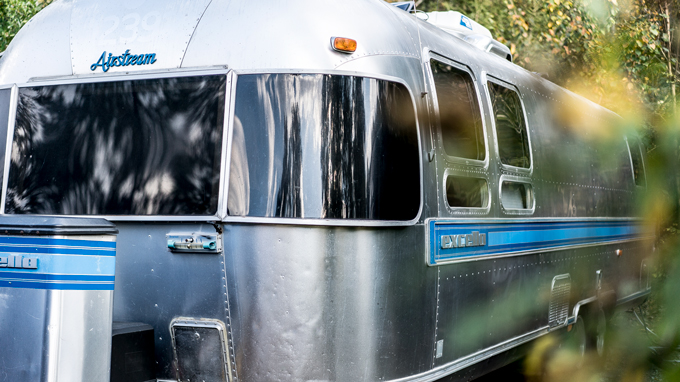 I’ve been teasing it for months, but my Airstream dream was realized this summer. I’m fully nomadic now and can say I absolutely love the Airstream lifestyle.

Why I Decided to Leave Guam and Live in an Airstream in the U.S. 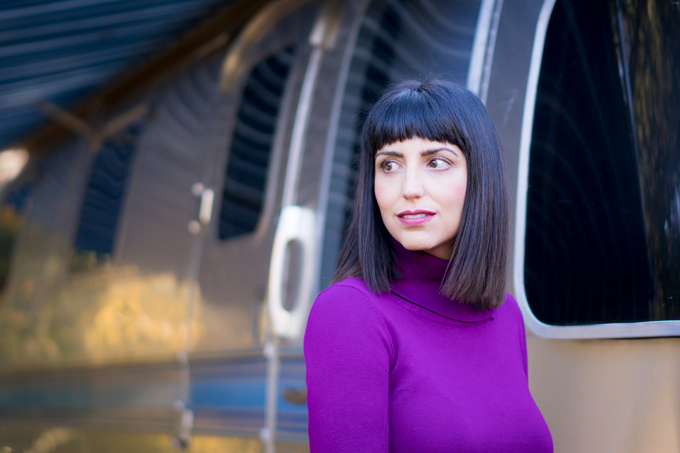 I was living on Guam and decided it was time for a change. I moved there in 2009 and loved it. I started a business there (The Guam Guide) and made my first documentary film about the people of Guam, “American Soil, Chamorro Soul.”

I poured myself into making friends, understanding the local culture, and serving the community of Guam. It took a lot out of me emotionally, so I knew it was time to hit the refresh button.

I’ve been an independent creative since 2011, so I can work from anywhere. Wondering how I do that? Read this: The Honest Truth About How I Can Afford to Travel So Much.

After much debate — and a second visit to Bali to seriously consider it as our next destination — the Hubs and I decided to move back to the States. After all, we had never seen the Grand Canyon or visited more than a handful of the national parks. We were excited about embarking on the Great American Road Trip.

Having watched every tiny house show on HGTV (and this Portlandia skit which we re-enact weekly), we agreed to buy an Airstream trailer. 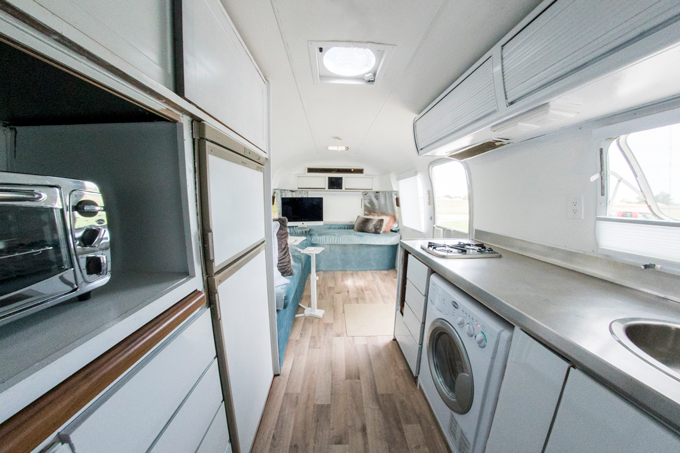 New Airstreams are expensive, so we opted for a used trailer. We left Guam in May and picked it up in Arkansas in June. We drove it to Michigan and spent the summer updating everything.

We wanted to customize it to perfectly suit our needs to live and work. We haven’t seen anything on the market quite like ours! 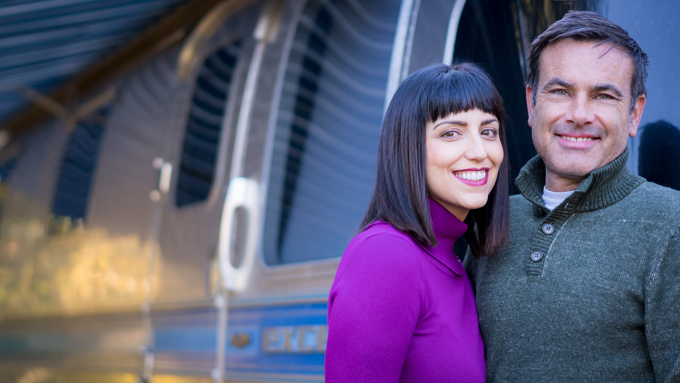 Thankfully, the Hubs is a super handy man and my in-laws donated tools and time. I actually used an electric saw to reface my cabinets so I wouldn’t have to pay IKEA $2,000 for a new set. It was brutal!

In the end, we still went over budget, but we’re both very happy with our work. We’ve been living in the trailer full-time since September and just hit the road a few weeks ago!

Life & Work on the Road

We’ve been staying in parking lots (not as ghetto as it sounds) and campgrounds and I love our new lifestyle. We have everything we need in the Airstream (I named her Rosie the Riveter. Get it?) and it’s super cozy and comfortable. Even Kashmir Kitty loves it (the car, not so much).

I shot a film in my birthplace of Cincinnati, falling in love with it all over again. On recommendation from FB friends, we drove to Asheville, North Carolina, which I loved. From there we spent a week in Washington, D.C. where I museum’d till I dropped. I was thrilled to experience the brand new African American Museum (full post on that), and tons more Smithsonian museums. After D.C., we spent a week in Charleston, South Carolina, and two weeks in Savannah, Georgia (because it’s crazy beautiful and I can’t stop filming/photographing everything.)

I’ll be sharing tons more about what it’s like to live and travel in the Airstream, but feel free to ask questions here. 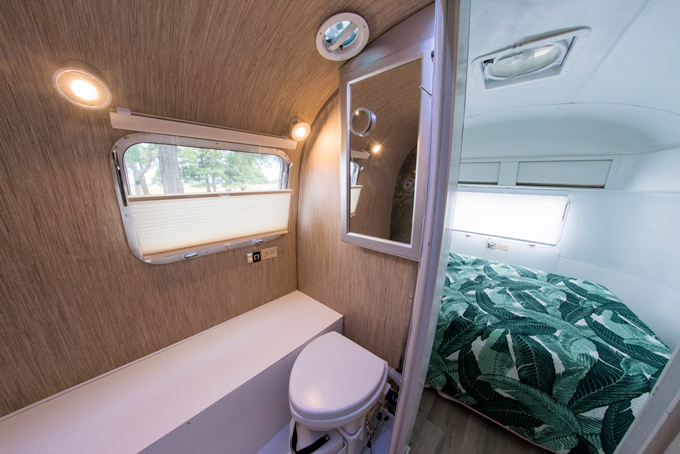 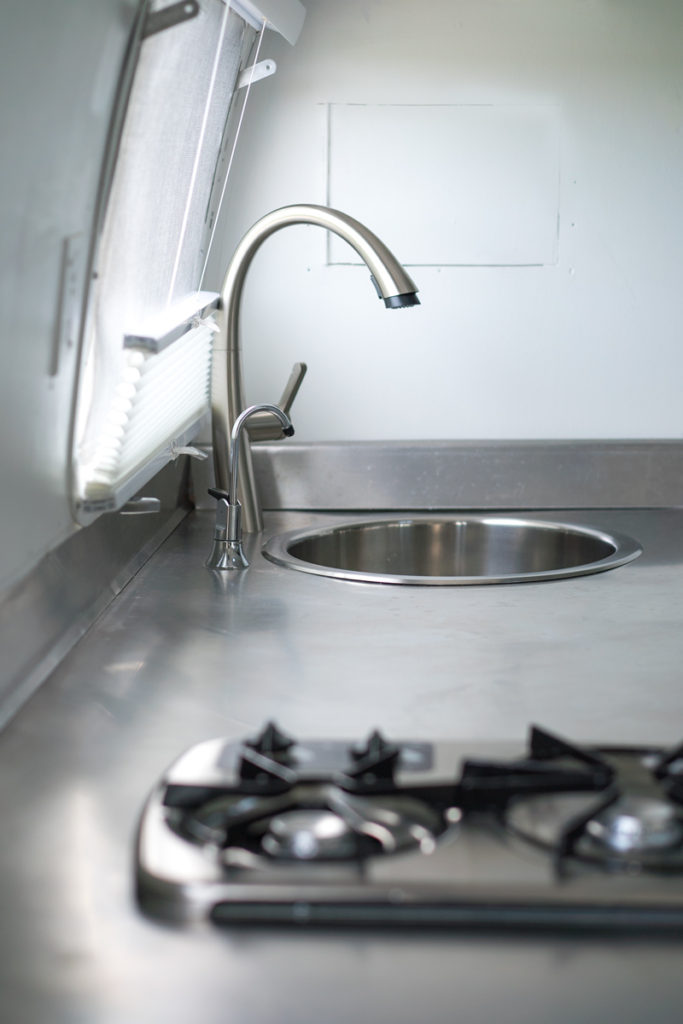 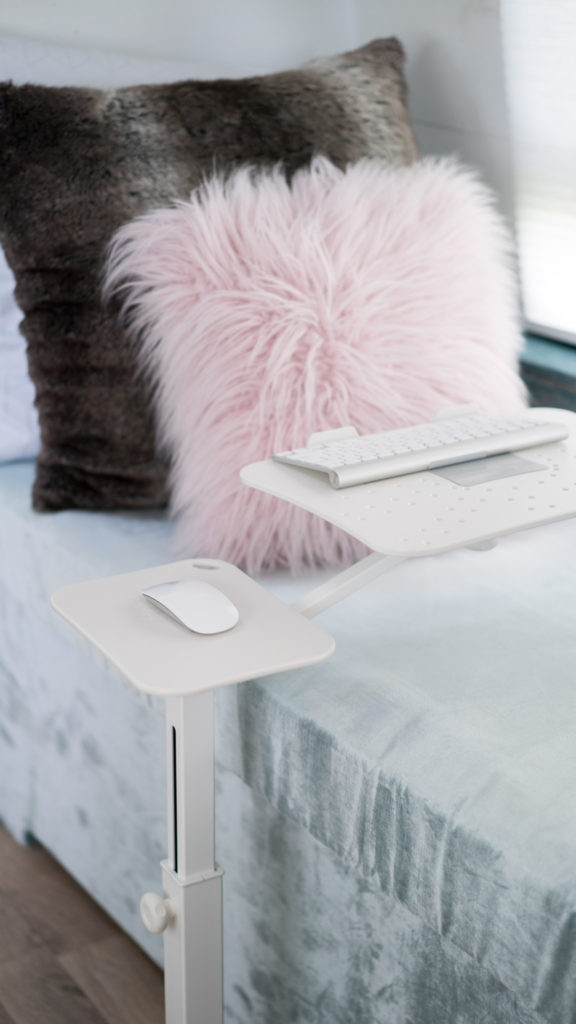 Oh my gosh this is so fun! You two are living our dream right now as we are hoping to live in an RV for a year or so in the near future. I personally can’t wait to see more of your photos on the road. Definitely check out the camp sites in Colorado and in Arkansas if you can!

Hi Kallsy. Where do you camp in Arkansas? We are in Texas now.

This is amazing! I have always wanted to refurbish an airstream and travel around the country. I absolutely love what you have done with it. It’s totally my style! If you ever get sick of it, can I buy it from you? 😉

Ha ha. Haven’t gotten sick of it yet. Feels like home.

it looks quite spacious actually. Cozy little bedspace there and that little furry cushion for the extra lux touch! Nice.

Plenty of room for two adults and a cat!

OMG this is so cool! Congratulations of taking the step and all the best on your adventures. Shall be following it and just so amazing to go all retro with the Airstream. Love the interiors as well.

Thank you, Raghav. My brother says it looks like “That ’70s Show.”

Your airstream is dreamy! We dream about living in an RV when we get back to the US. Something a little bigger since we have two kids, but the same idea. I love how you refurbished it.

I’ve seen it done with kids, but I’m sure it takes a lot more ingenuity!

This looks so cool!!! So jealous haha. I always wanted to have something like this! You’ve made really good use of the space.

Thanks for reading, Sonja!

Wow! It does look super cozy. What a wonderful minimalistic lifestyle you have adopted to. Really, hats off!!

Your trailer looks fantastic. One of my goals is to have a travel trailer. I could only hope it will look half as gorgeous as yours!

Hi Sherri. It was pretty fun to design and turned out to be exactly what we wanted.

Your trailer looks fab! Well done to you and your husband for all the hard work and I’m sure your adventures will be amazing.

Yes, the adventures have already begun. We love the freedom.

Oh my gosh, your Airstream looks so incredibly nice. I love the interior design and the minimalistic colors. What a great way to travel and it looks very room and comfortable! I want one 🙂

Yes, comfort was key for me! It’s definitely that.

This is so cool! Way to travel in style! Our dream is to acquire a VW van. Not as cozy but still pretty convenient!

That’s cool too. I’ve never stepped into a remodeled VW van. I’d like to see one.

This is so cool! Your renovations are amazing. I’m not adverse to a bit of DIY myself and also have a super handy husband which is fantastic. Hope you enjoy your new life on the road ?

I cannot imagine living in a trailer but it sounds interesting. With the job you do, it is great. It looks beautiful and comfy even better than some of the normal houses. I would love to live in a trailer and do unlimited road trips.

What is the desk? It’s VERY cool!

The desk is perfect because it slides under my seating, swivels, has adjustable height and a mouse section! Order here: http://amzn.to/2gHoQow

I want one of them. I need it delivered to Australia. It would be perfect for a trip, well almost anywhere in the world. Nice post.

Oh man, Australia is a perfect place to road trip!

You’re living the dream, the Airstream Dream! I would love to do this one day, though I might have to trade in my boyfriend for someone a little more handy! Your little home on wheels looks beautiful, best wishes to a new chapter!

Ha ha. I totally couldn’t do this without my handy husband. There is quite a bit of day-to-day management on an older trailer like ours.

I’ve seen a lot of people convert a van or kombi into a home but this is something else! It looks really retro (and I personally didn’t know they were called airstream). You’ve definitely made it into something cosy and wonderful.

It’s so interesting that you decided to move away from Guam to live in an airstream 🙂 On ya!

Hi Caroline. Yes, I love the retro look of Airstreams, but they are also just really thoughtfully designed on the inside too.

What a dream! I love how you’ve decorated your Airstream. it looks so cozy and homey! 🙂

Rosie the Riveter, adorable 🙂 I did a big American Road trip last year actually! Drove from Seattle to New Orleans and back. Such a blast! I hope you enjoy it as much as I did!

Doing a remodel myself and the laundry has been a question that my wife and I have asked… maybe we’re spoiled, but I noticed yours, how does that work for electrical draw and water usage/disposal? Thoughts and recommendations?

Hi Rob. How exciting for you guys! We can’t live without the w/d. My husband hooked it up to our gray water tanks. Because we have a composting toilet, he was able to turn the black water tank into a second gray water tank. This allows us to go off-grid longer. As for the electrical draw, we can’t run ALL our high-powered appliances at the same time, but it’s not a big deal. Hope that helps.