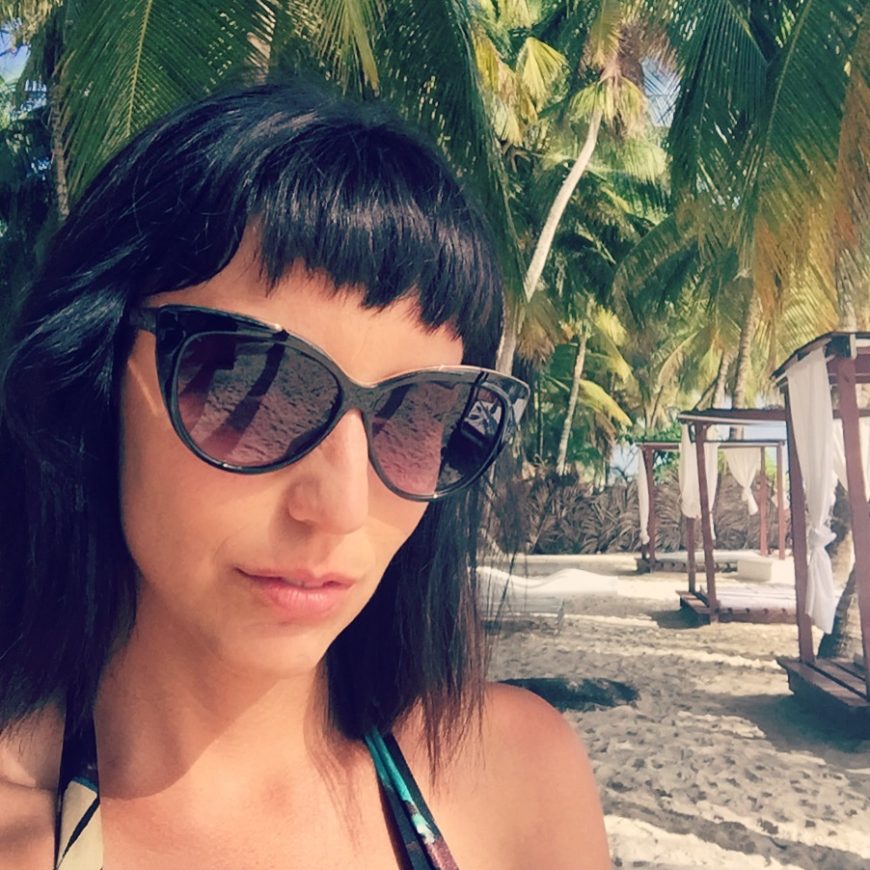 Back in June, I spent a week filming in the Dominican Republic. It was my first time there and even though it was work, it was a blast.

Earlier this year when I was still living on Guam, Barcelo Hotels contacted me about creating three short travel films for them. At first, I thought the email was SPAM. I’m so glad I followed up though!

After a month of negotiations and another month in search of the perfect filmmaker to accompany me, I flew from Michigan to the Caribbean. Fortunately, Vanessa Vandy, a talented twentysomething from Finland was available to shoot with me. We had never met, but after a few Skype calls we both felt we’d work well together.

I had no idea what our resort would be like, but I developed three concepts for the one-minute films beforehand. Vanessa was totally game for my out-of-the-box shooting techniques. As a former Olympic pole vaulter, she had more than enough stamina and drive to make it work.

So, even though it looks like we spent the week sipping pineapples on the beach, we were up before dawn to shoot the sunrise and dancing through the glowing corridors of the resorts at night (the dance scene didn’t make the cut!).

Click play on the video at the top to see my interview and behind-the-scenes footage. 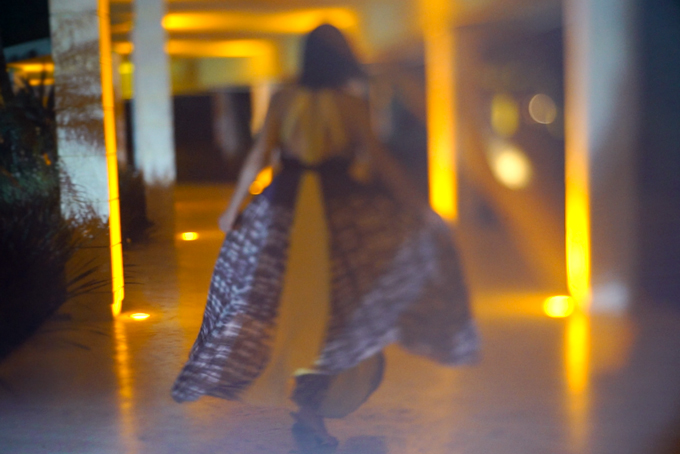 The resort was so picturesque and camera-ready, it made our job a little hard to focus. We have so much good footage on the cutting room floor, so to speak. We loved the cultural dance performances and then we stumbled on to a magical Michael Jackson tribute show and were just blown away.

We also took a few days trips to experience Dominican culture. We toured a working sugar cane plantation, saw how local cigars are made, and met a woman who has been producing coffee in her backyard for decades.

We hopped on a bus to see the iconic blue hole, Hoya Azul, then boarded a boat to Saona Island. We were treated like royalty by the client, so it wasn’t hard to be inspired. 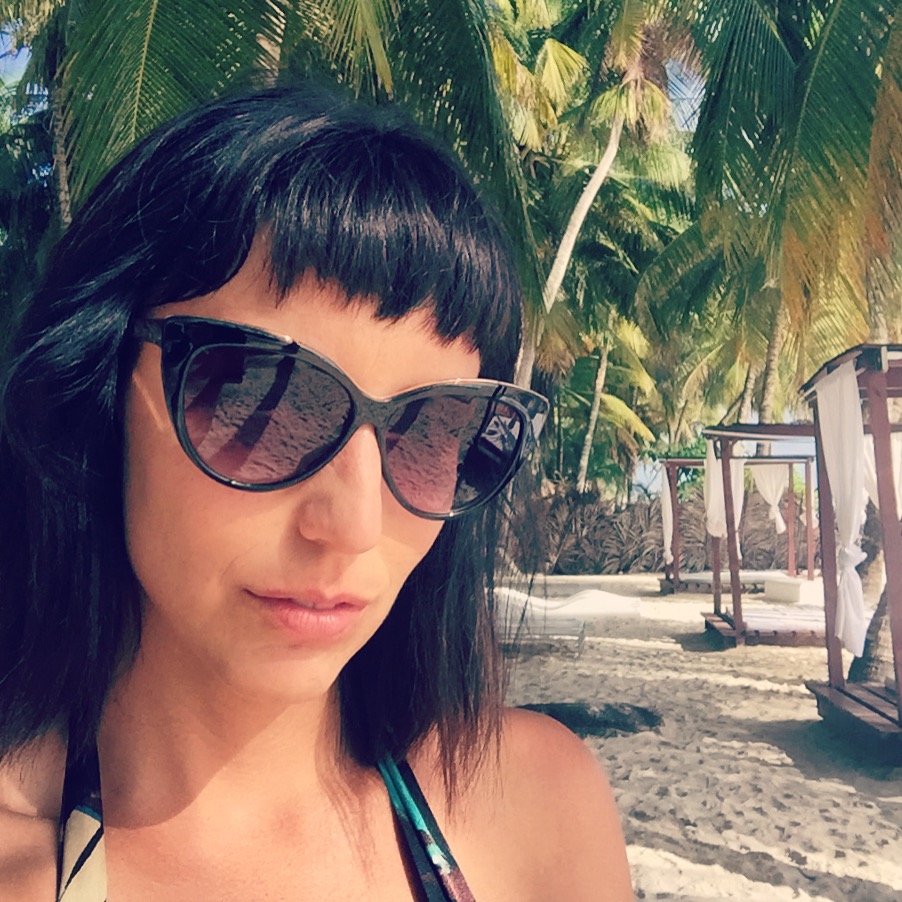 Check out these behind-the-scenes snaps of the crew and feel free to ask me questions in the comments section.

Learn more about this project at BarceloStories.com. 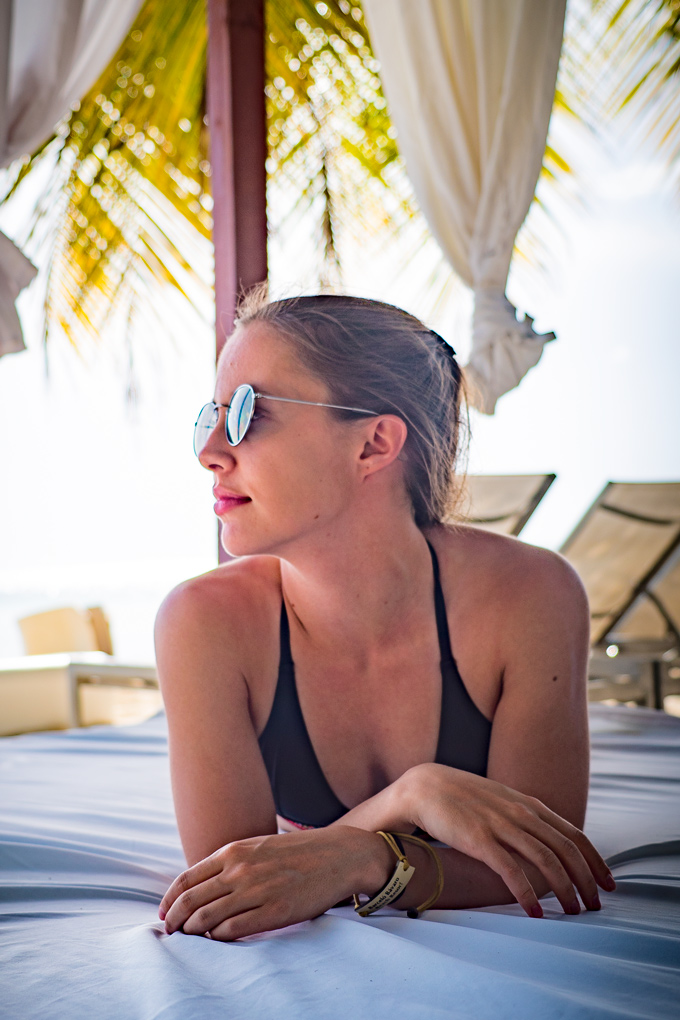 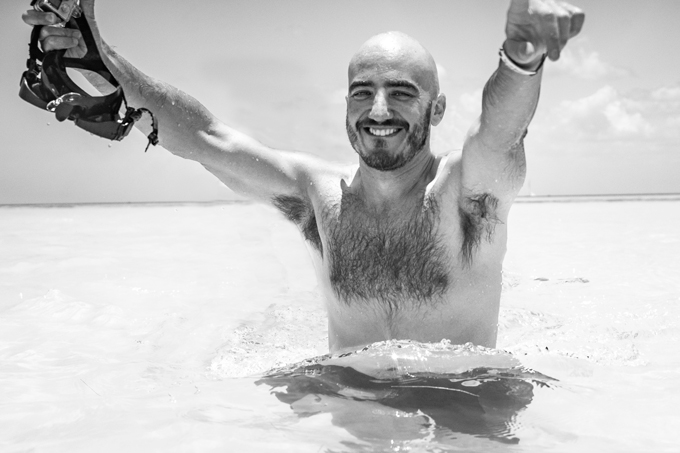 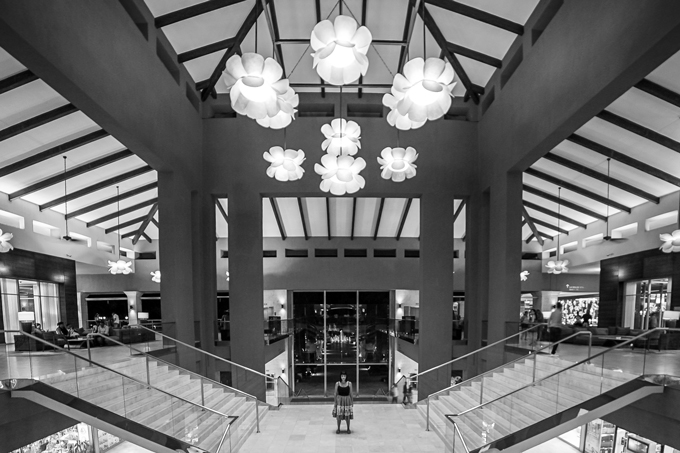 Standing still for what seems like hours shooting a timelapse 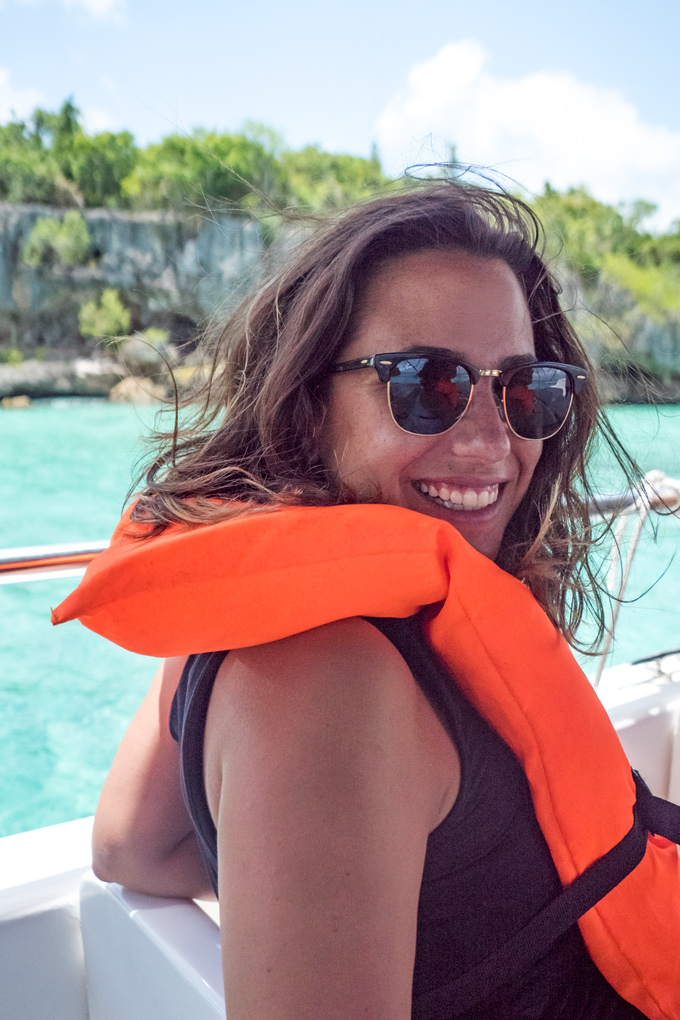 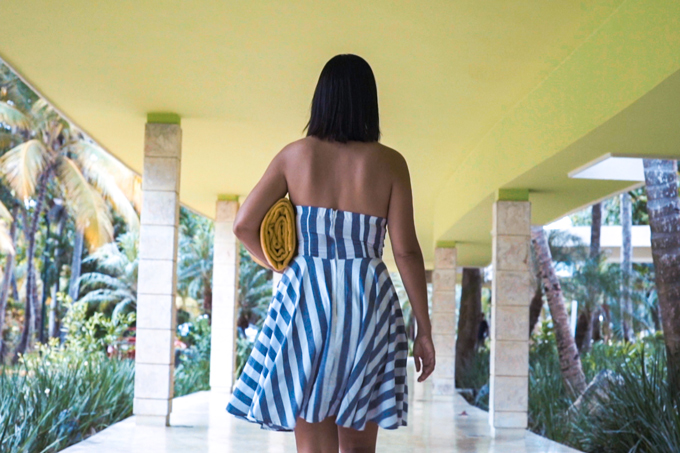 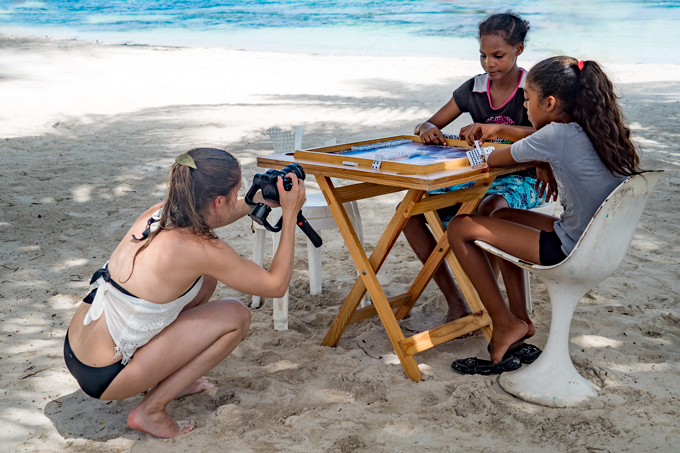 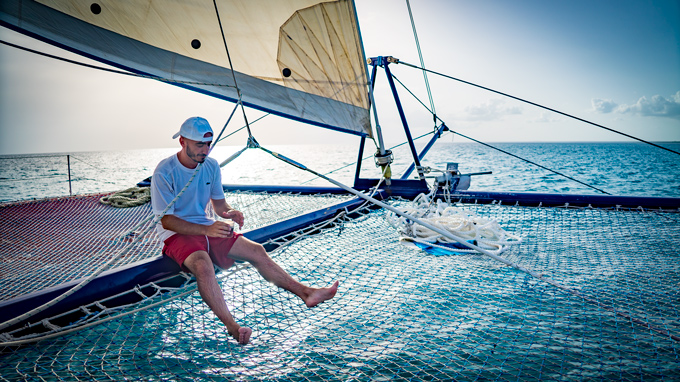 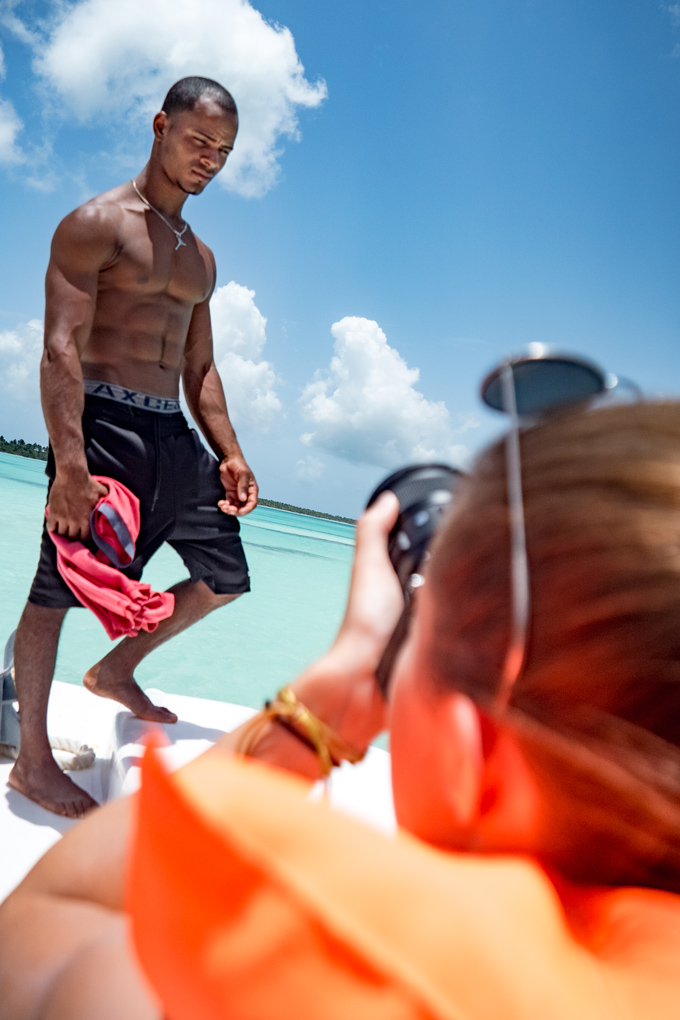 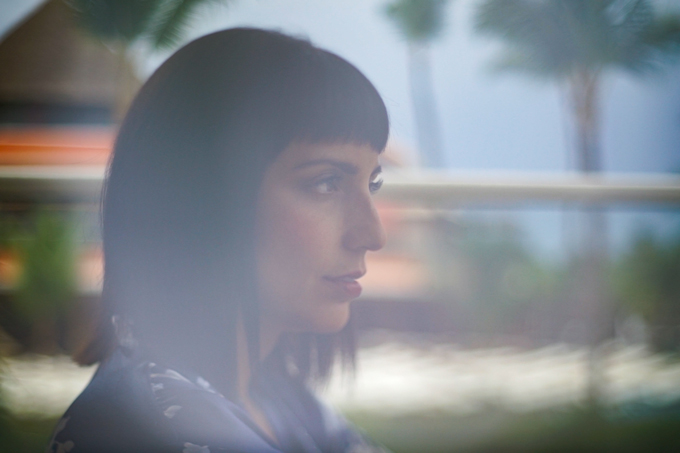 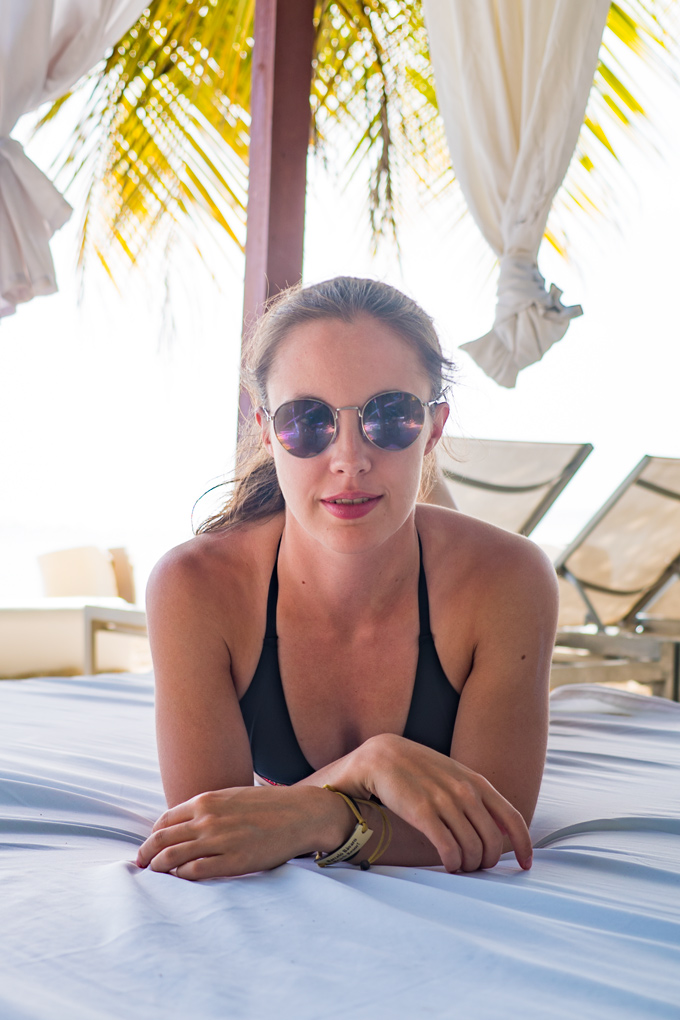 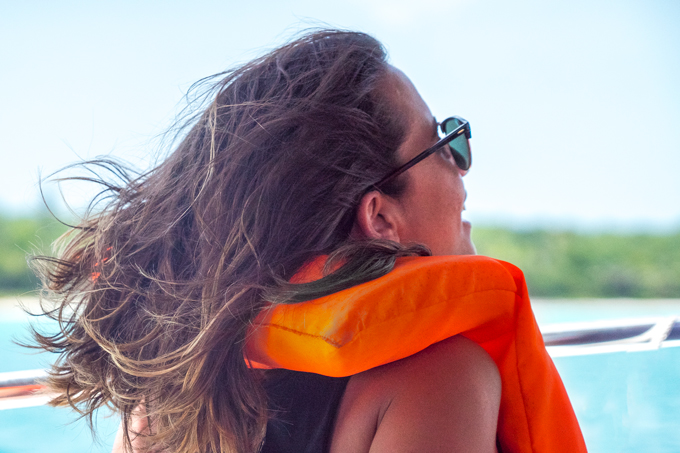 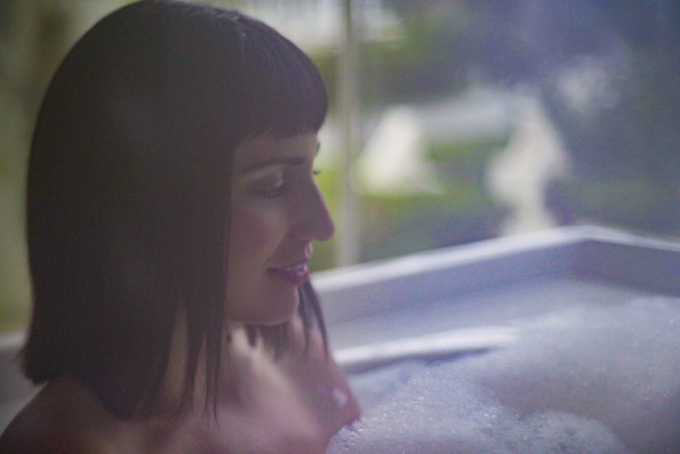 Wow your photos are absolutely gorgeous! Filming in the Dominican Republic sounds like such a fun experience 🙂 I would love to go there one day, looks so luxurious

The photos turned out great! I’m so jealous of your experience there!
– Charmaine
http://charmainenyw.com

Such a great destination for your creative endeavors. Love the photos and enjoyed reading about your experience. Thanks for the look behind the scenes.

Beautiful photos and very much enjoyed reading about your experience 🙂

Gorgeous photos! Glad you didn’t send that email straight to spam! What a fun opportunity!

The behind the scenes photos are lovely. Not many people know how much work what seems to be just fun involves. The Dominican republic sounds like a dream destination.