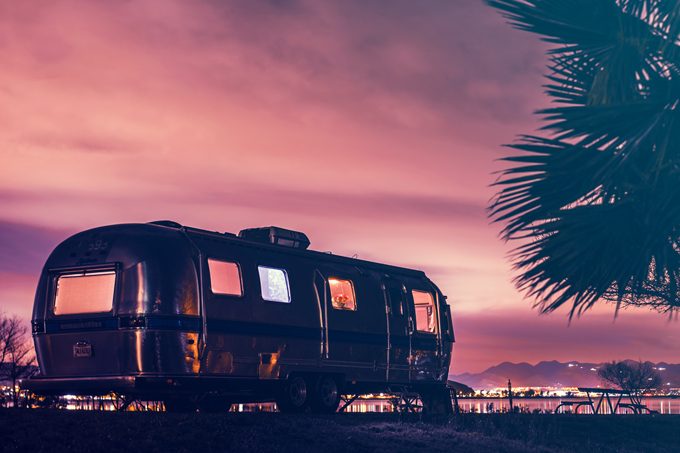 Almost a year ago, the Hubs and I decided to sell everything (again) and move abroad — this time back to Mainland U.S.A. We had been living on Guam for nearly seven years. After two successful roadtrips through New Zealand and Iceland in campervans, we knew we could hack it living small. 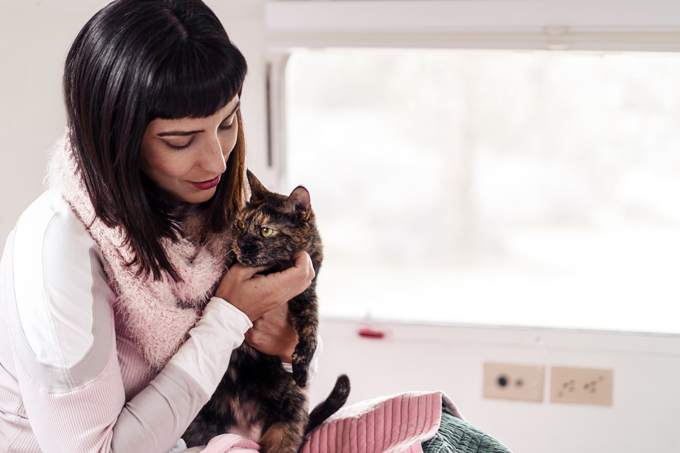 Fast forward to summer of 2016 when it came time to actually remodel our used ’85 Airstream Excella. We labored for four months in the Michigan heat, practically gutting the Airstream and building the tiny home of our dreams. In October 2016, we had lift off as we began the Great American Roadtrip with an unsuspecting cat from Guam and no set course.

Like life in general, trailer living has its frustrations and its joys. The sunset beach scene above is evidence of the latter. I’ll be broadcasting from this very spot to give you a tour of my Airstream. I’d love you to join me. We can interact in real-time and you can ask me anything about the process.

Here are the broadcast times:

Hope to see you there!

P.S. Sign up for my weekly newsletter to see my Airstream posts before they go live!

WOW! I am so impressed with this. I’ve always tried to live a more minimalistic lifestyle (mostly because it makes it just that much easier to pack up and go), but this brings it to a whole new level. Can’t wait to watch the live tour – it’s marked in my calendar 🙂

Cool. Thanks for watching, Katherine!

Oh my gosh! My dream adventure once the kids fly the roost! And an airstream too. We don’t see many in Australia but maybe I can start a thing!

Oh my gosh! My dream adventure once the kids fly the roost! And an airstream too. We don’t see many in Australia but maybe I can start a thing! Thank you

Maybe not too many Airstreams in Australia but tons of campervans, no?

Oh wow! What a grand adventure to be on. I love that you have a cat from Guam coming along for the ride.

I think the timing of stumbling on this article is divine. I’ve been teetering on buying a co-op or buying a trailer and touring around the states for the last two years. That sunset is definitely convincing ?

This sounds like such a fun adventure. You have all the comforts of home. And you have the freedom and mobility of the road. Can’t wait to watch the live tour.

Yes, exactly! Thanks for reading.

The kind of life you have opted for is really exciting, but I know it has its challenges and obviously you have taken them head on. Of course the glorious sunset in your pictures is the icing, but I understand that it is not always like this. The idea of airstreaming is a great one, will look out for the broadcasts.

Wow, this is awesome! I don’t think I could hack living in such a small space. The freedom it gives you must be refreshing though and the sunset in that picture is divine!

It doesn’t seem too small until you hit your elbow on something hard. Thanks for your comment, Gemma!

What an amazing adventure! It’s amazing how many comforts you have managed to squeeze into your camper. I look forward to following your journeys through the USA.

Thanks. I knew I wouldn’t be good at “roughing it” full-time, so comforts seem basic to me!