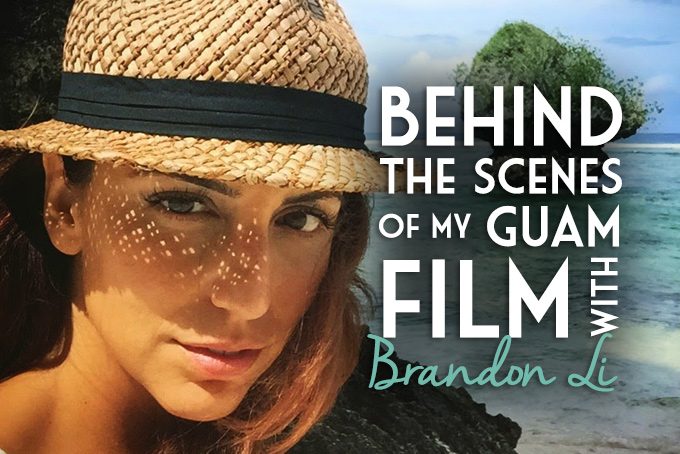 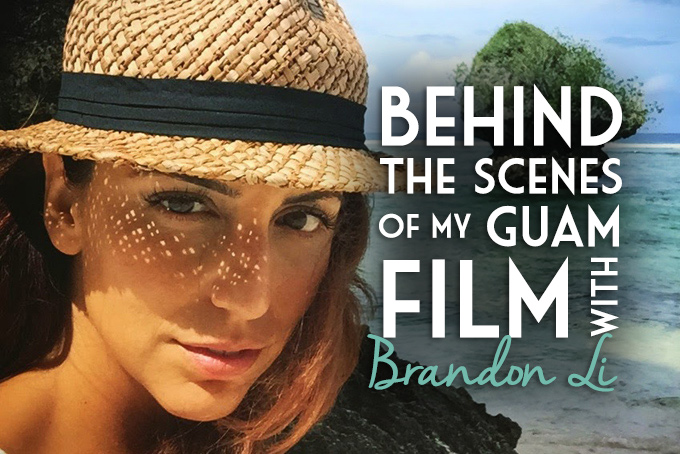 Back in March, I gave you a sneak peak at the Guam film I worked on with Brandon Li. We’ve just launched the film as the trailer to a documentary I am producing for The Guam Culture Guide. Take a look…

American Soil, Chamorro Soul is a modern documentary film about the people of Guam. Through interviews, the film reveals what Chamorro culture means in 2015 as three generations of Chamorro people describe the cultural Renaissance in arts, agriculture, and cuisine. You can read more about the film on The Guam Culture Guide.

The talented Brandon Li directed, shot and edited the trailer. We filmed about 15 locations in one week, with an impending typhoon lending drama to the sea and landscape.

You will notice from the pictures below that there are no elaborate sets. Brandon hasn’t a single piece of stabilization gear — no Steadicam, shoulder rig, tripod, or even a monopod. This technique allows him to capture candid moments wherever he goes. In fact, people assume he’s just a tourist. I’ll reveal some of the filmmaking lessons I learned from Brandon in a future post. In the meantime, check out his blog, Run, Gun, Shoot.

Brandon also talked about life on the road as a nomadic filmmaker.

Take a look behind the scenes of our whirlwind shoot in March. (All photos shot on my iPhone 6 Plus and edited in Google+!) 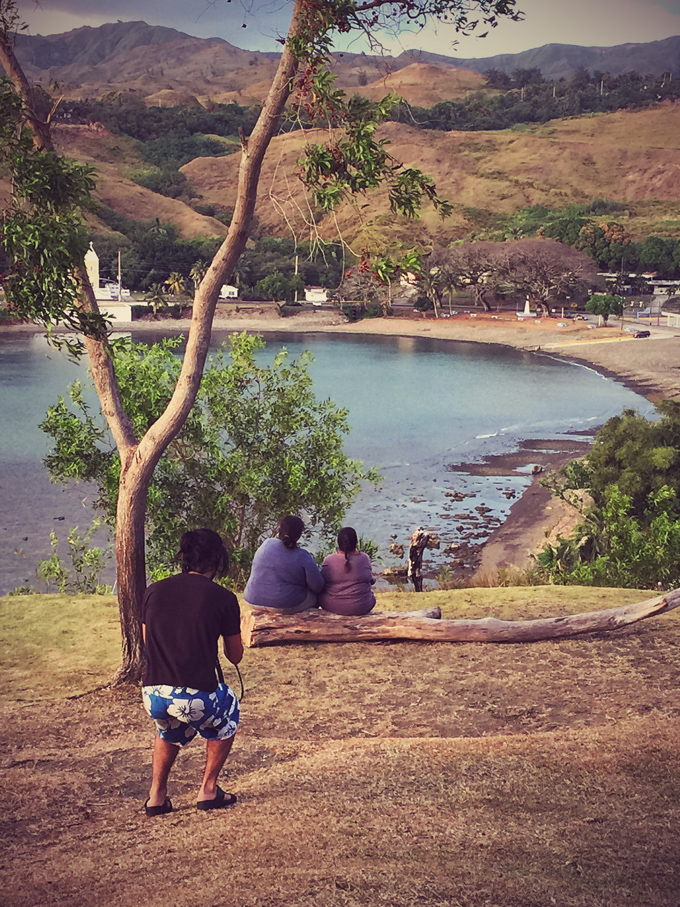 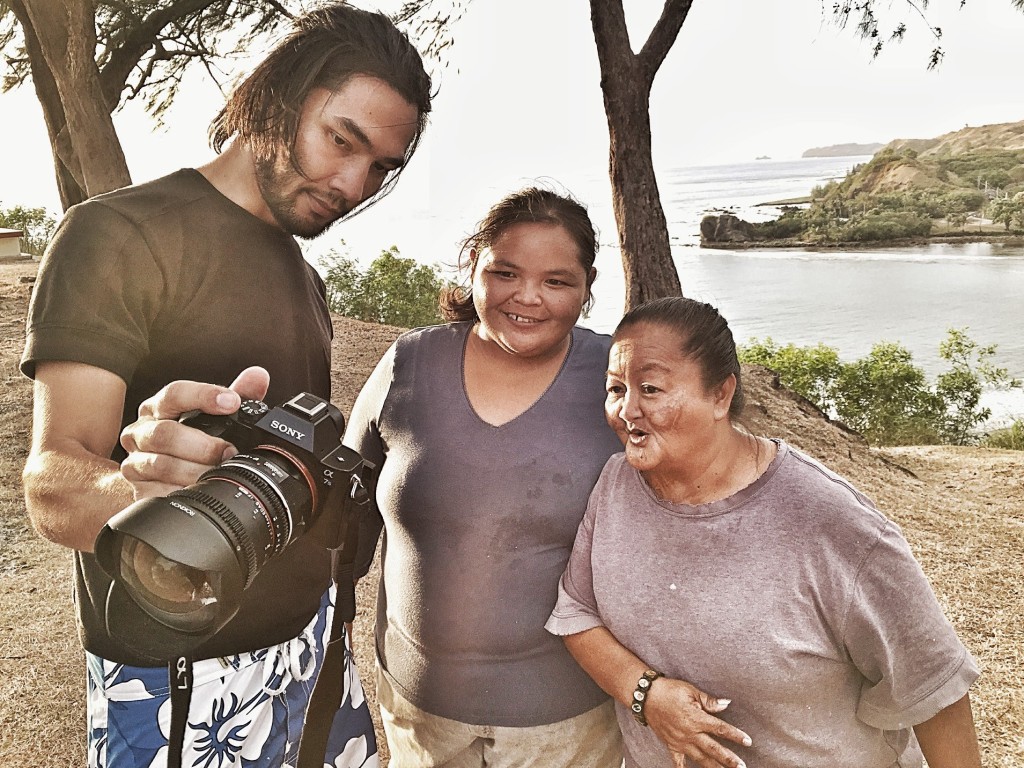 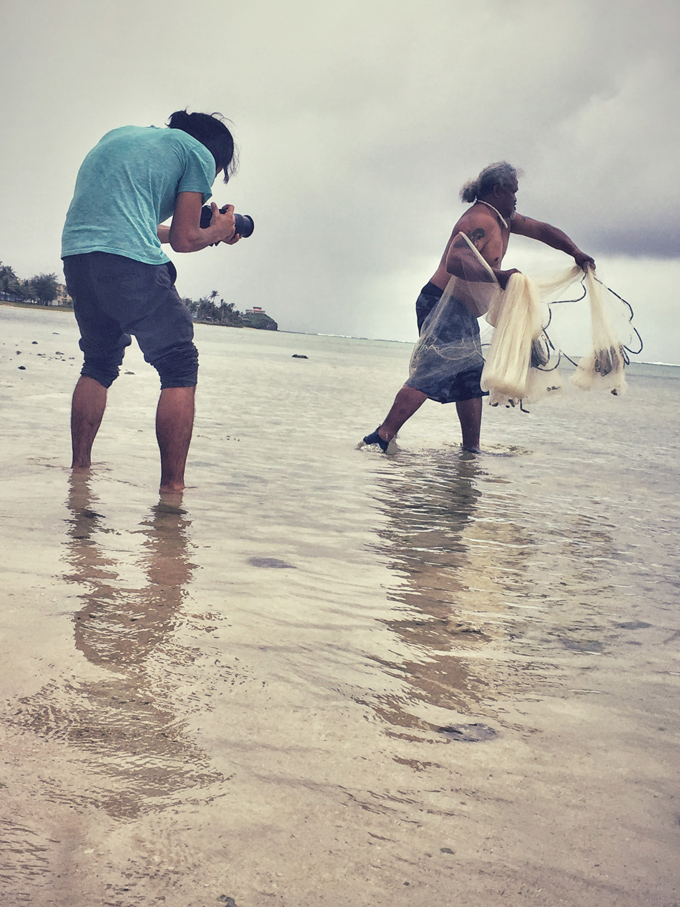 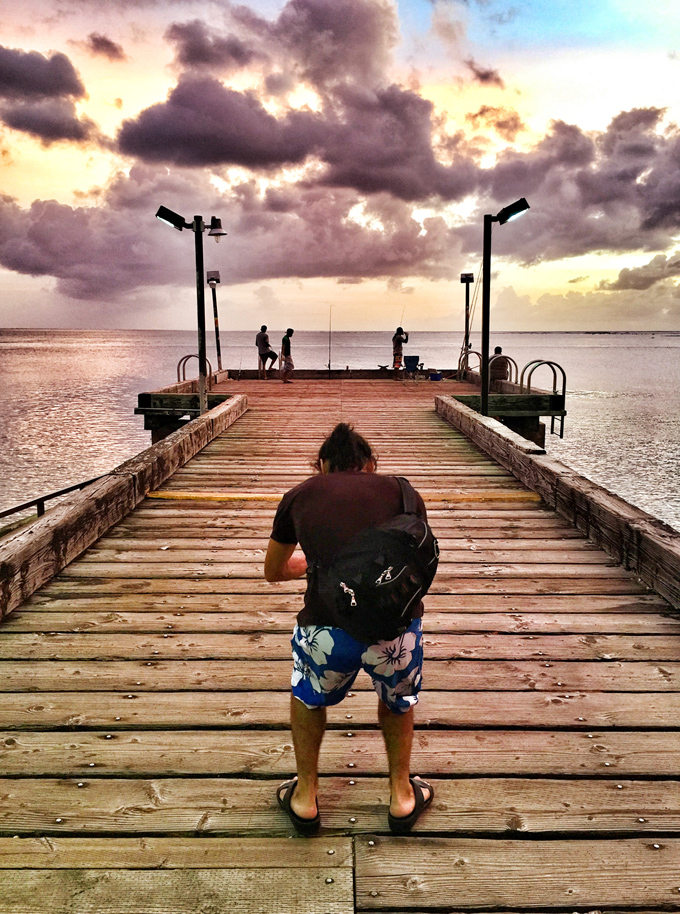 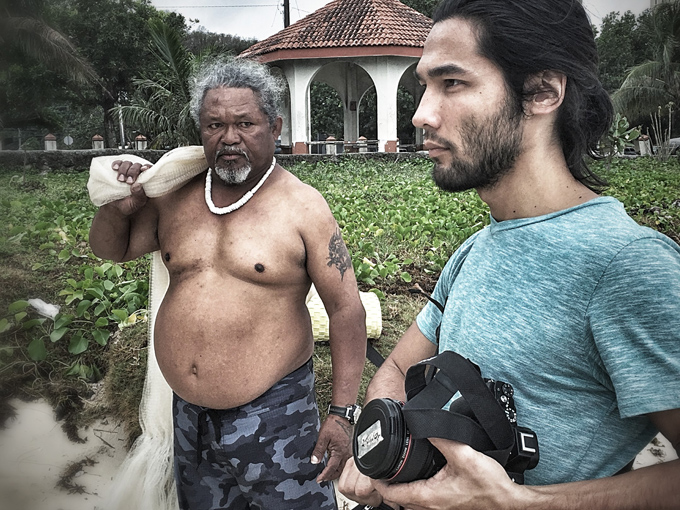 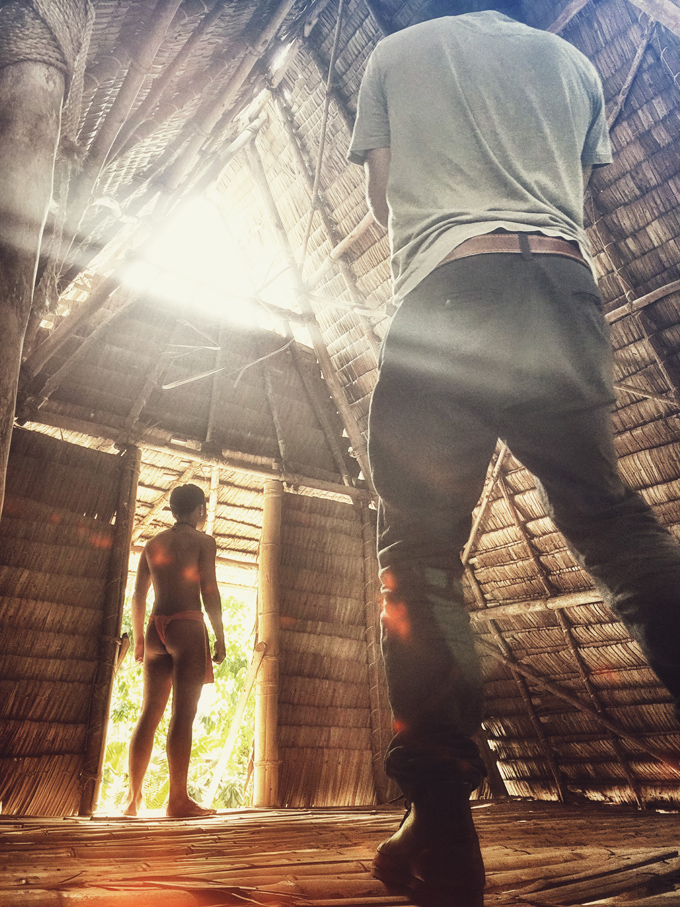 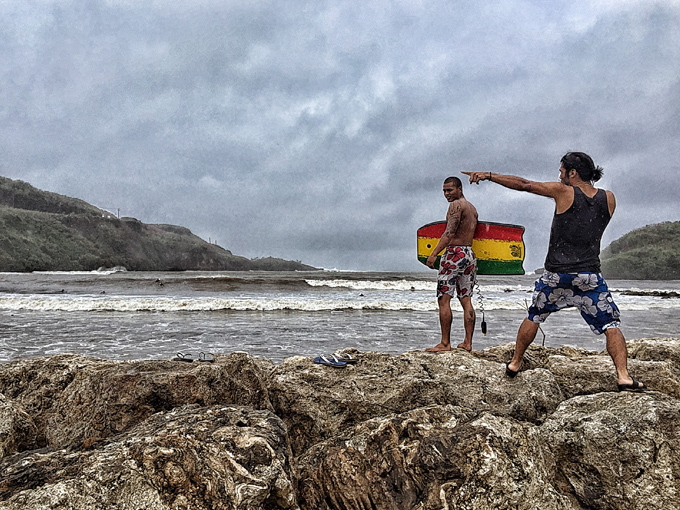 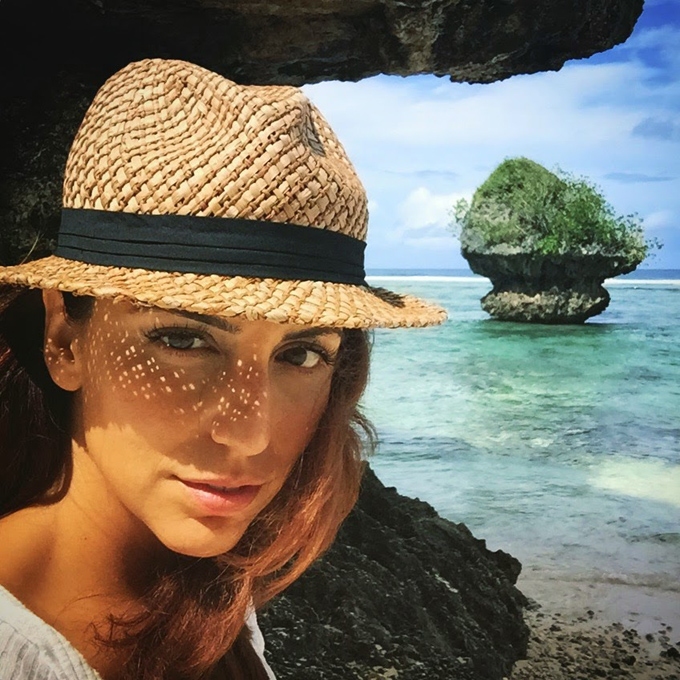 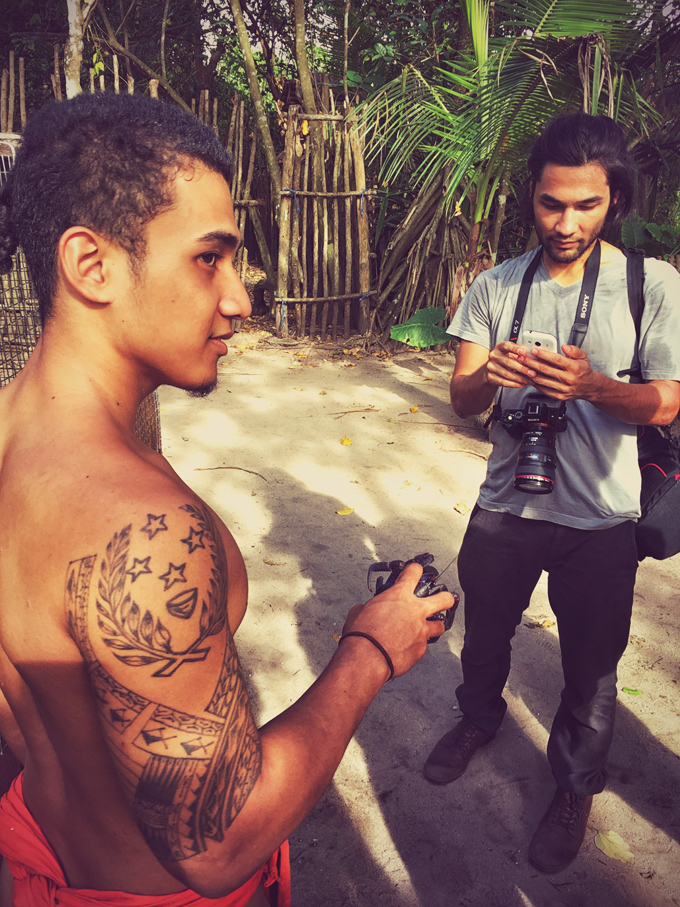 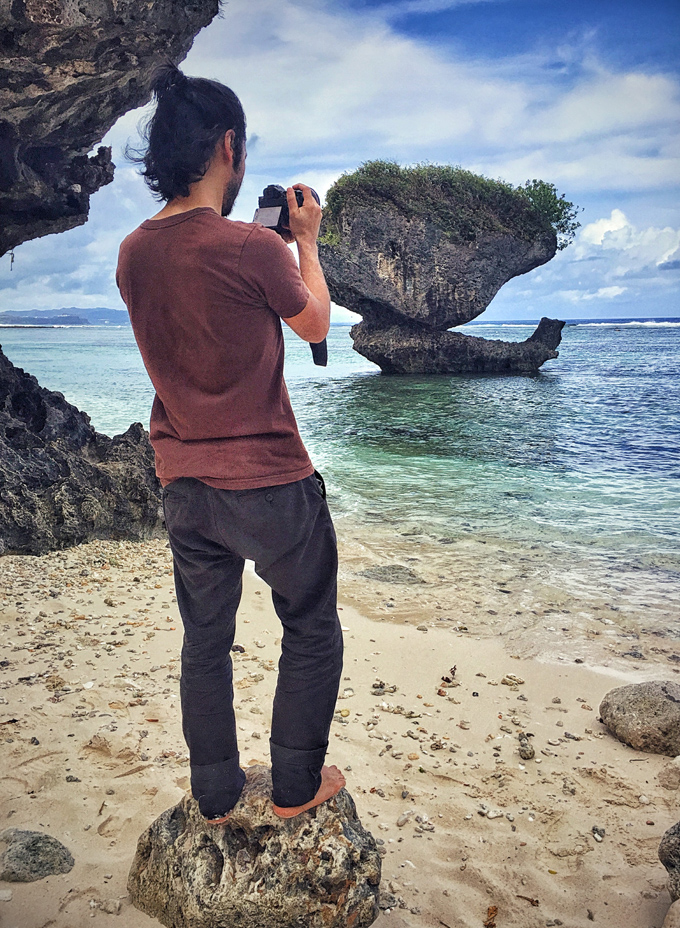 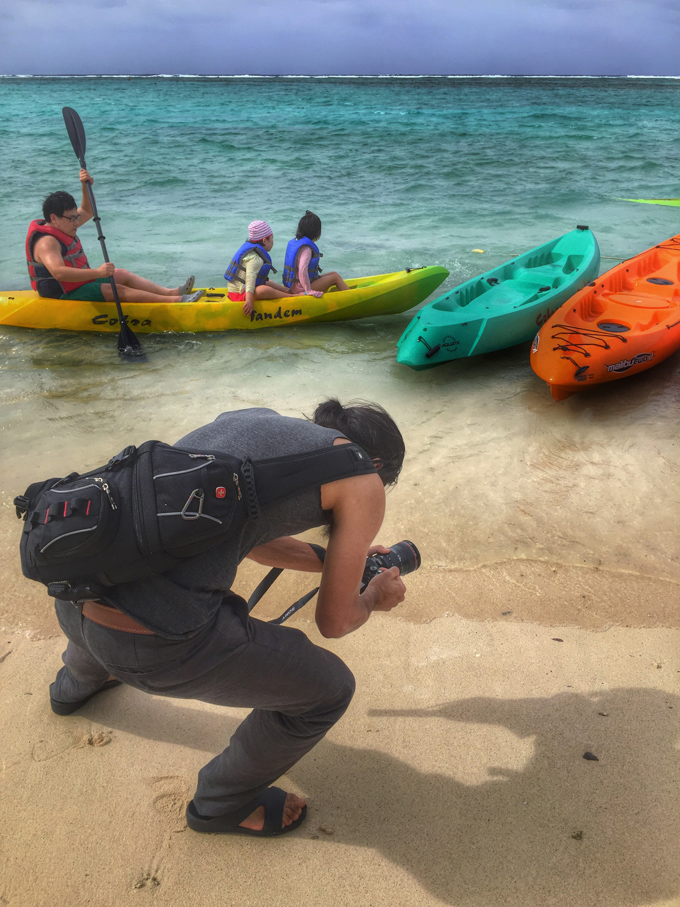 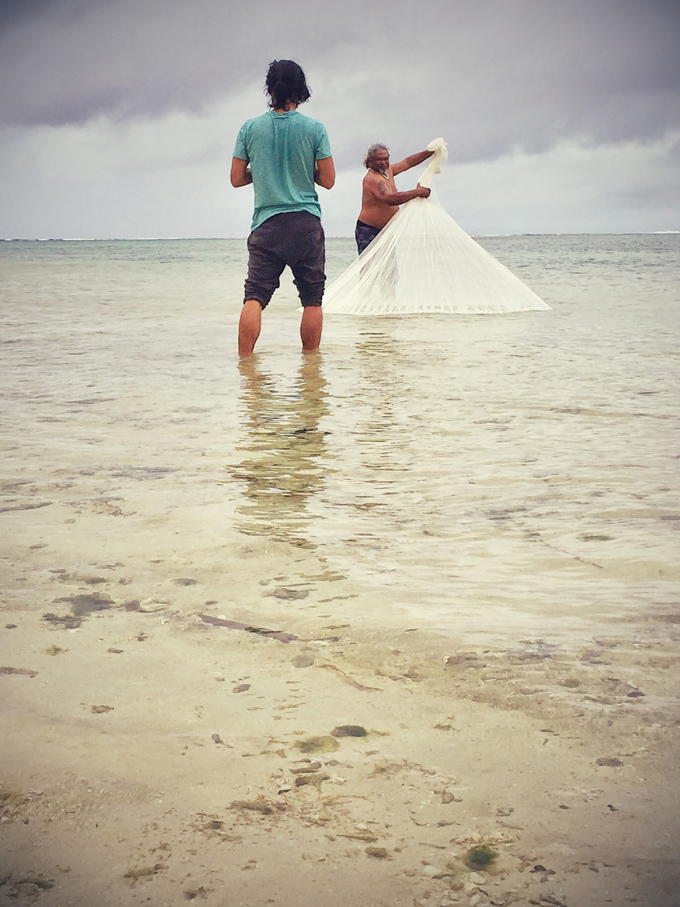 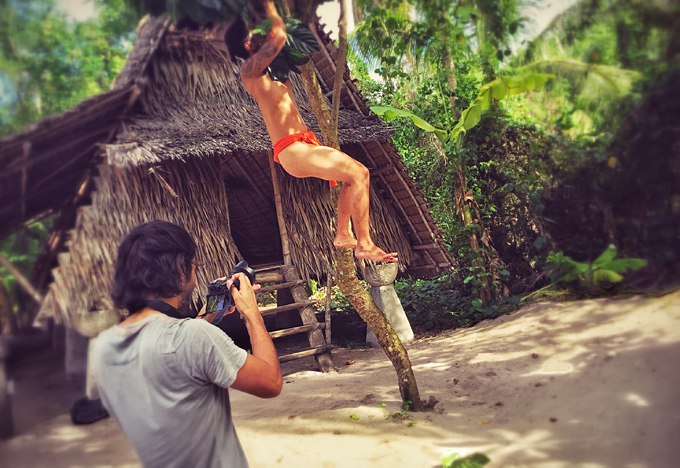 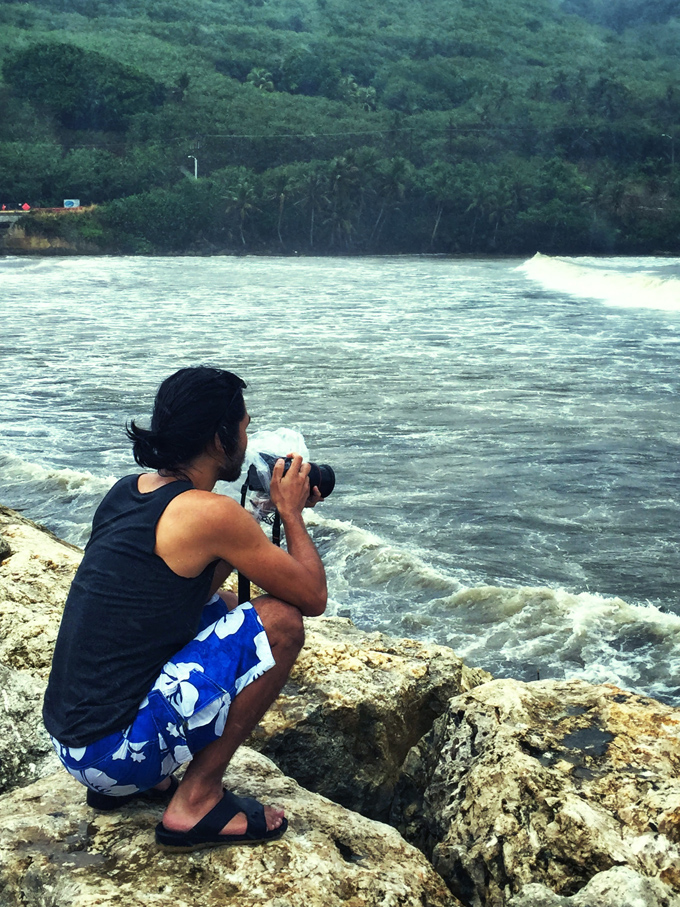 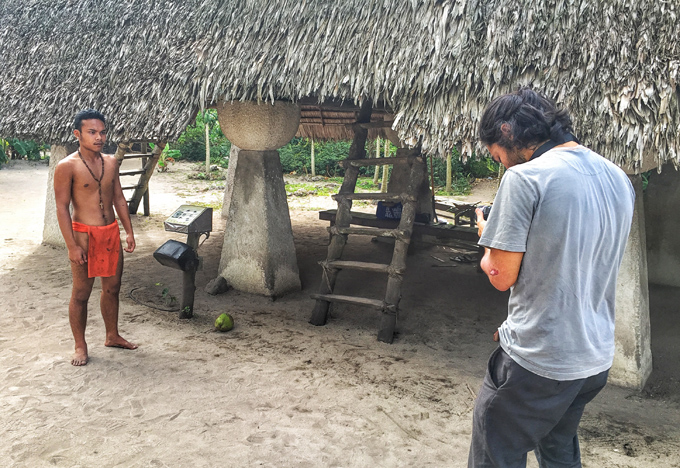 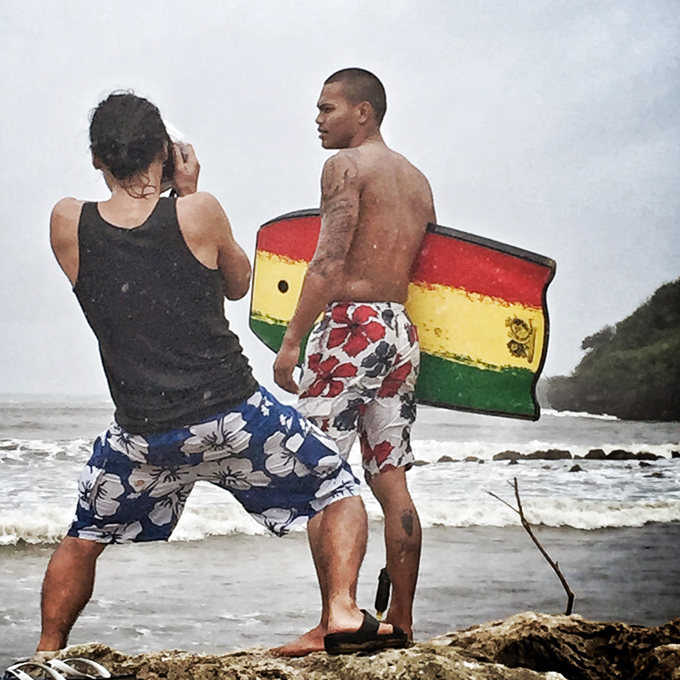 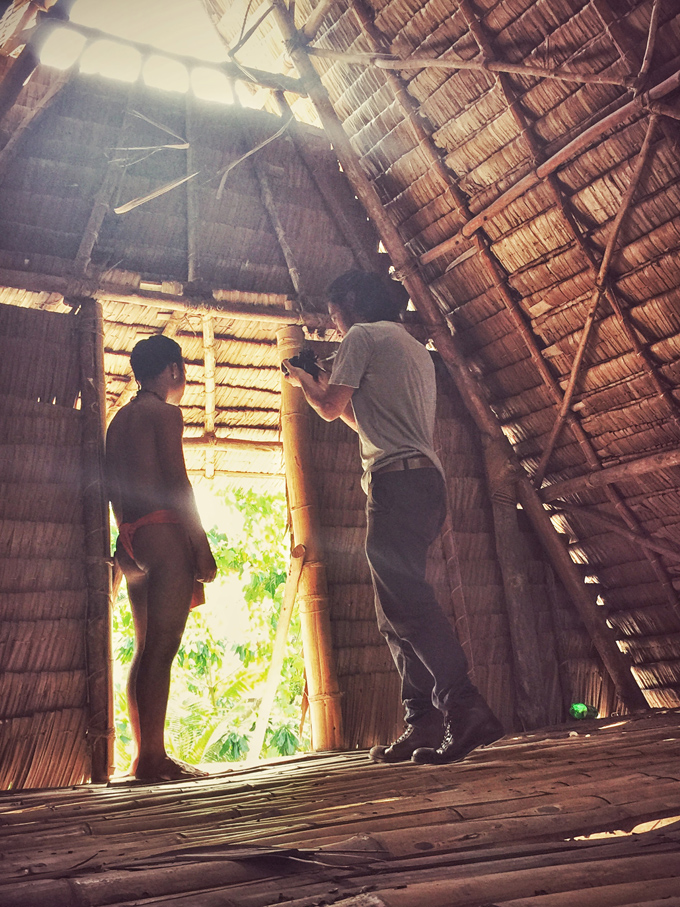 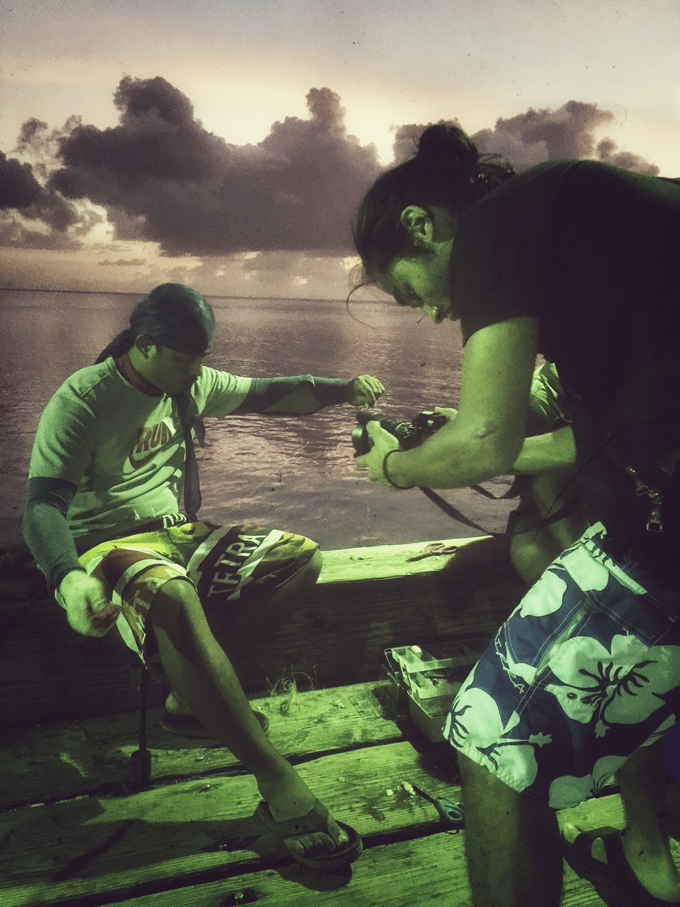 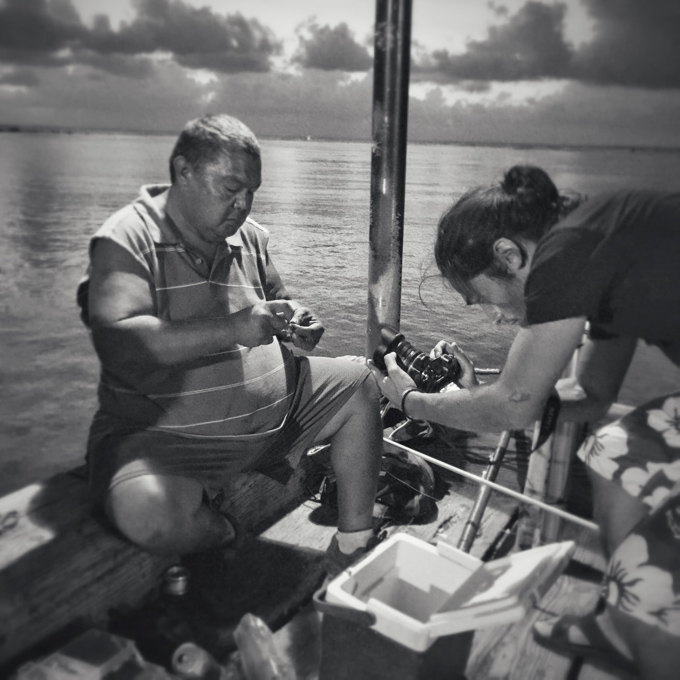 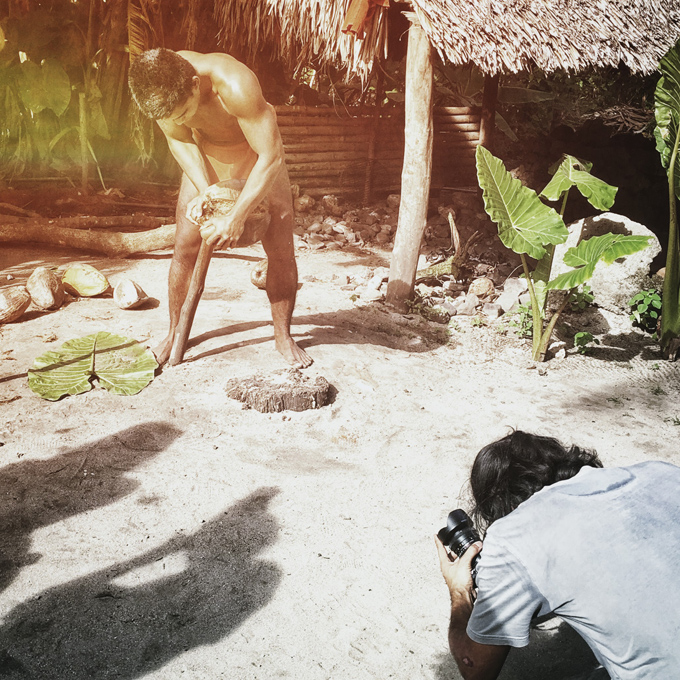 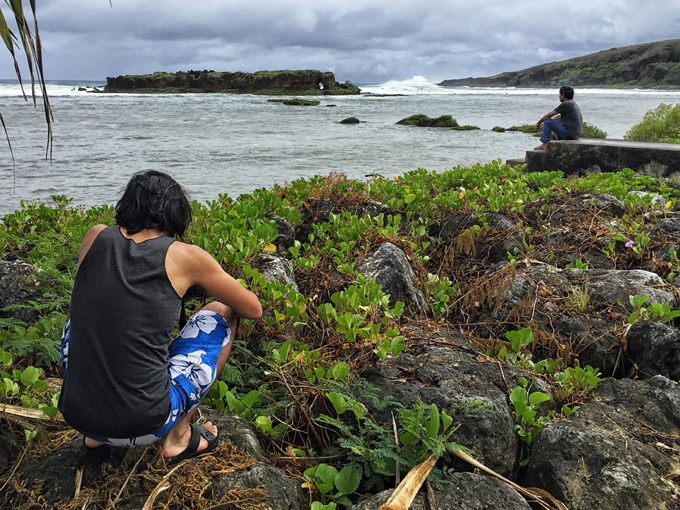 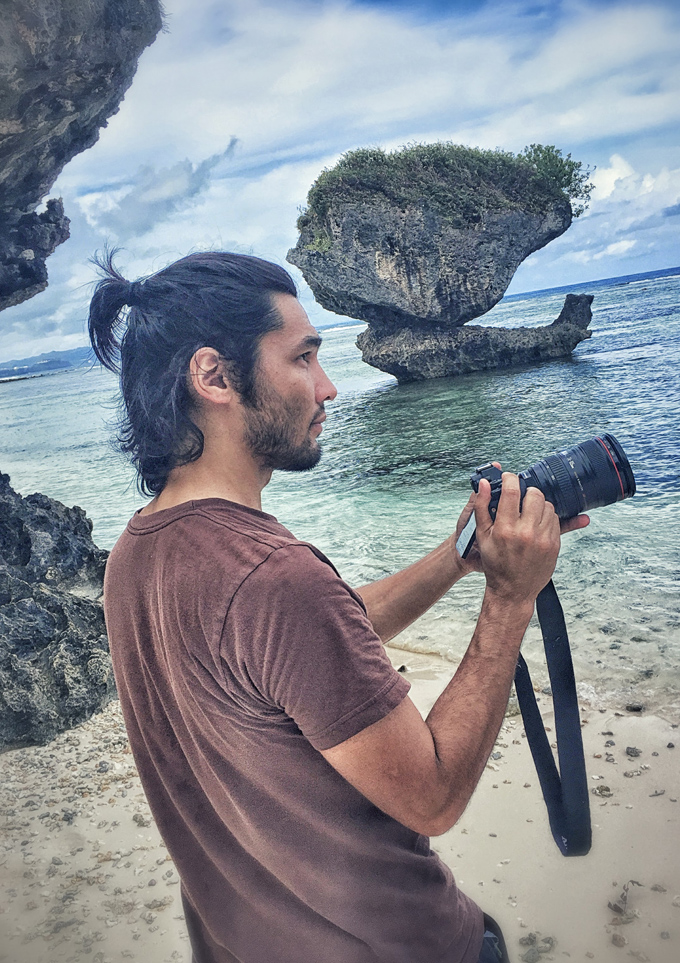 I’ve never really given much thought to Guam. Sounds like a thought provoking documentary, and your photos are amazing!
http://www.headelsewhere.com

Thanks, Allison. It’s a beautiful island.

Jessica, are you still on the island? Hurao Academy is starting back up and they’re aiming to help families achieve full Chamoru language immersion through their program. You might get some good shots or footage for your documentary!

Hi Raenate. Yes, I’m on Guam. I live here. 🙂 Thanks for your suggestion! I’ll get in touch with Hurao.

Great! Saina AnnMarie Arceo can be reached at hurao1@gmail.com.

Thanks for the connection!

I would just like to clarify that all the pictures of the “natives’ in loin cloths are paid actors at local amusement park. You can find out more information about the park here http://en.guam-bgtours.com/park

Congrats Jessica, this looks fascinating! When does it come out?

I haven’t made it to Guam yet, but it’s on my list. If you’re interested in a guest post (that also promotes your film) I’m open to it.
http://www.Visit50.com