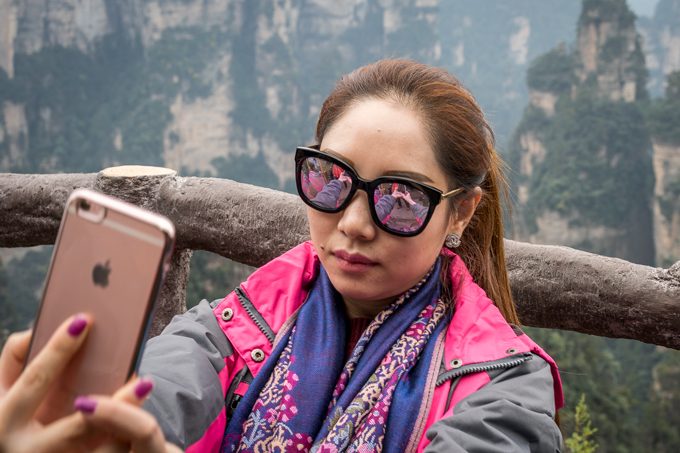 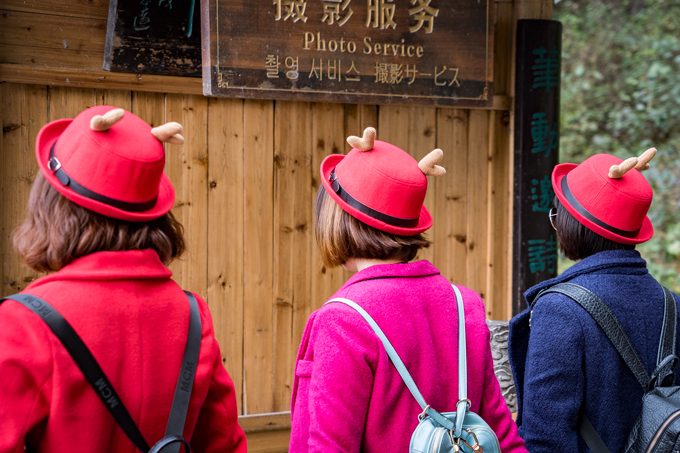 I love Asia. I love its oppositeness to everything familiar in the West. I love its kinetic energy, its relentlessness, and yes, its “weirdness.” The fact is, Asia is only weird to westerners because we don’t entirely understand it. Guess what? Not understanding it is what makes it so exciting. Unless you’ve been lobotomised, Asia is simply thrilling at every turn, no matter how tiny the town or how ordinary the alley.

Far be it from me to speak for a whole continent, but here are a few of the oddities I’ve observed (and love) from a dozen trips to Asia. Also read my 10 Reasons To Visit Asia At Least Once in Your Life.

No Room for “Elbow Room” 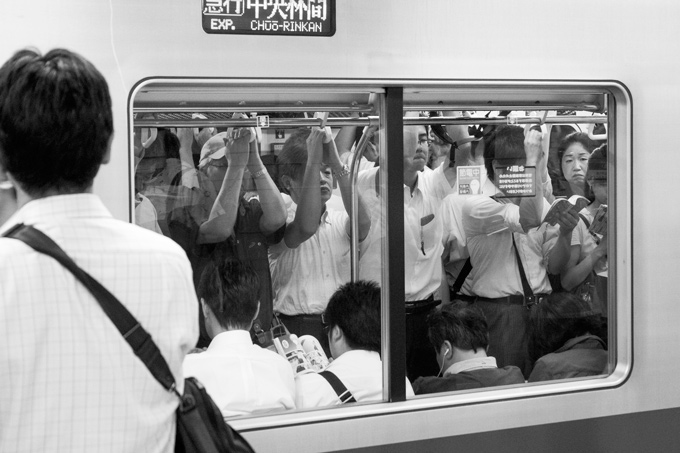 Personal space doesn’t exist in many Asian cities, the big ones and the small. If there’s a line, chances are you and the guy behind you are rubbing elbows and more. Same goes for public transportation and even dining tables at restaurants. If you’re an introvert or a fussy American, this can be terribly uncomfortable at first, but remember that western society is the minority when it comes to this sort of thing. The rest of the world is collectivist, which means community comes first. Of course, overpopulation, high demand, and cultural norms make Asian crowds very excitable.

The good news is that much of Asia is incredibly safe as long as you smartly keep your money, wallet, and phone in a secure place. Avoid carrying a backpack and use a cross body bag instead.

The way to deal with pushy crowds is to just relax and go with the flow. Give yourself plenty of time to sightsee, eat, or stand in line. I square up my shoulders and elbows to create a few inches of personal space if I’m tired of being pressed in upon. If a crowd gets too pushy, simply move to the back. Travel is an opportunity to experience and learn to understand other cultures. Stand back and observe the times that people are courteous, because that happens too, especially for the elderly who are pretty scrappy anyway. 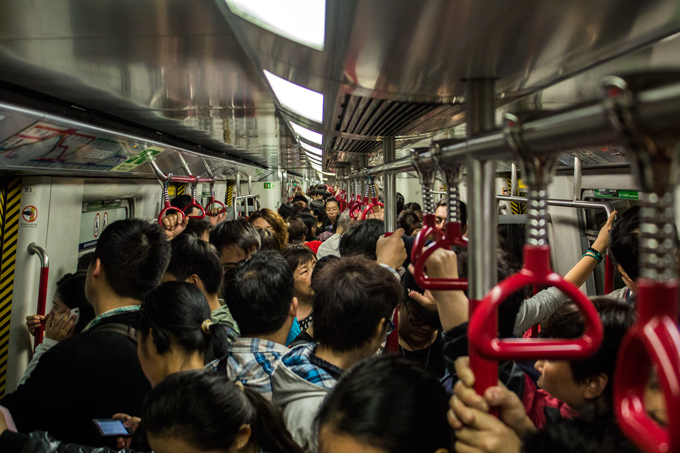 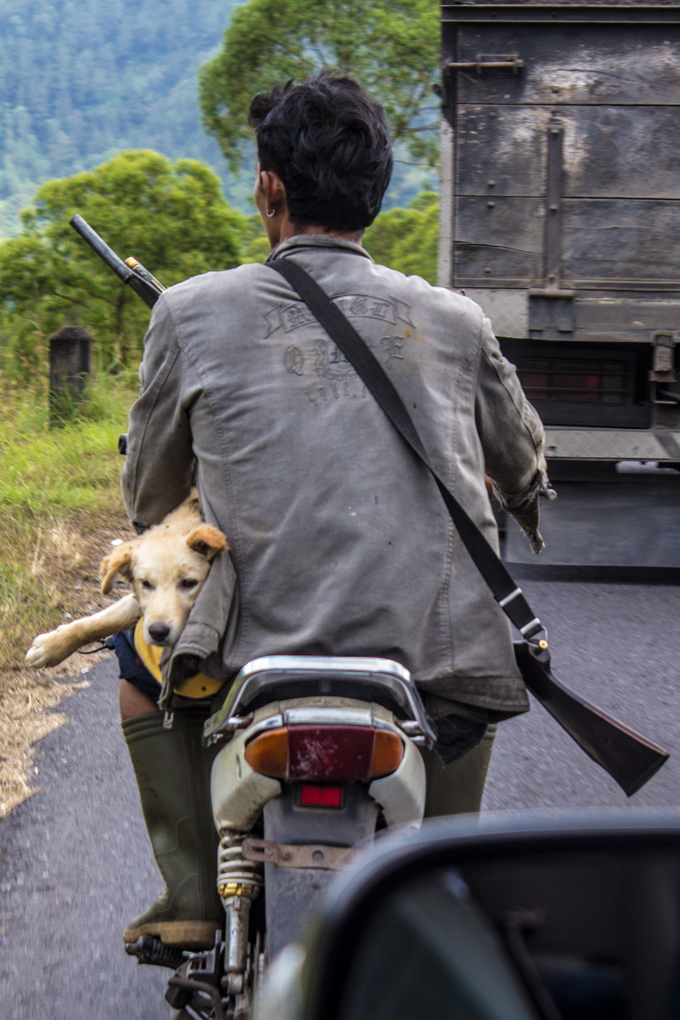 There is seemingly nothing more death-guaranteeing than riding a scooter in Asia. No matter how many times I see it, I’m simply in awe of the agility and alertness required to navigate a place such as Manila on a scooter. For most of the population, the scooter is the family vehicle and that means you’ll often see four people riding one with the baby “driving” at the front. For others, the scooter is the work truck and carries deep fryers, live chickens, or construction materials. I’ve even seen a scooter full of bunnies and one with a hunter carrying a rifle and a dog.

I wouldn’t advise any foreigners to casually drive a scooter in Asia, as there are many unwritten rules of the road. And yes, there are accidents. I saw a man face down in a ditch in China, bleeding from the head. If you trust a local enough to ride on the back of one, bring a face mask or a scarf because the pollution is horrendous. And, please, please, put away that selfie stick.

Lanes are a Suggestion 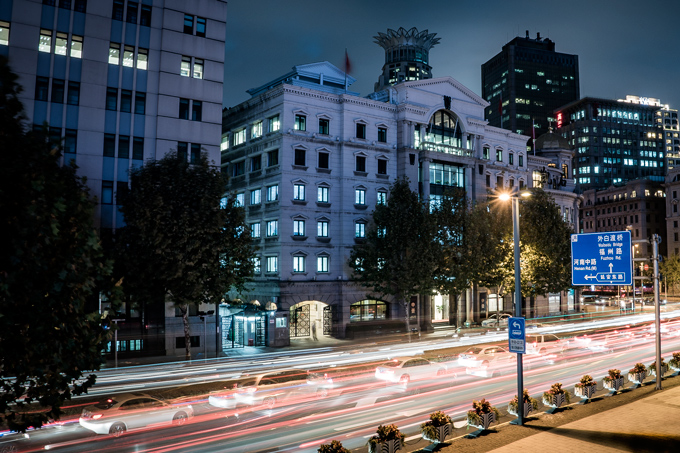 Do not be alarmed when your driver weaves in and out of lanes or a passing scooter buzzes off an inch of your arm hair at lightning speed. There are too many vehicles on the road in many Asian cities for lanes to be anything more than a suggestion. Road rage is not really acceptable and frustration is usually expressed via the horn, though it’s more often used to alert other vehicles and pedestrians on blind curves. Unlike the U.S., pedestrians have the right of way and locals are adept at crossing multiple lanes of heavy traffic, even on freeways. Forget everything you know about jaywalking and move with the herd no matter what the road markings or the lights say. 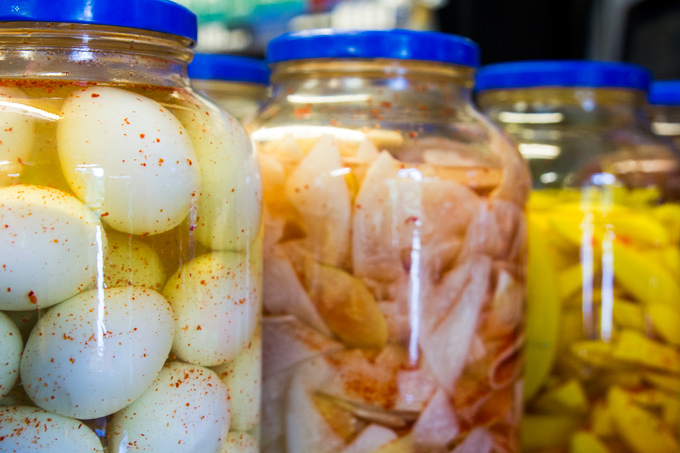 Much of Asia lacks the big box stores that define the U.S. and that’s a good thing. There are roadside stores of varying size and cleanliness in every village and neighborhood. They carry snacks, toiletries, Chinese New Year decor, betel nut, and fresh fruit. You may not find your favorite brands or even be able to read the label, but go ahead and buy those spicy shrimp crackers. Mom ’n Pops are usually pretty cheap unless they’re stocked only with tourist items. 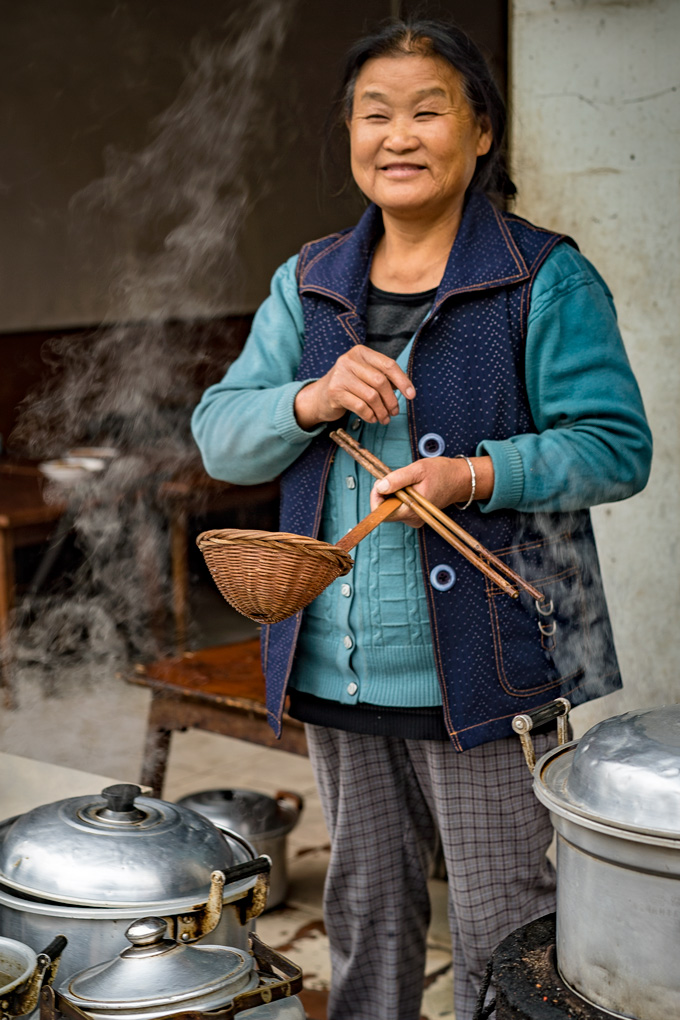 If you go to Asia and don’t eat street food, you’ve done it all wrong. It’s sizzling, it’s greasy, it’s fast, it’s cheap, and yes, it’s sometimes bizarre. However, most of the time, it’s a party in your mouth. Truth be told, I don’t consider myself that adventurous when it comes to food. I don’t eat testicles, insects, fetus, or feet, but I will try every incarnation of fried potato, noodle, pickle, or rice snack. From China to Singapore, I’ve never gotten sick on street food. 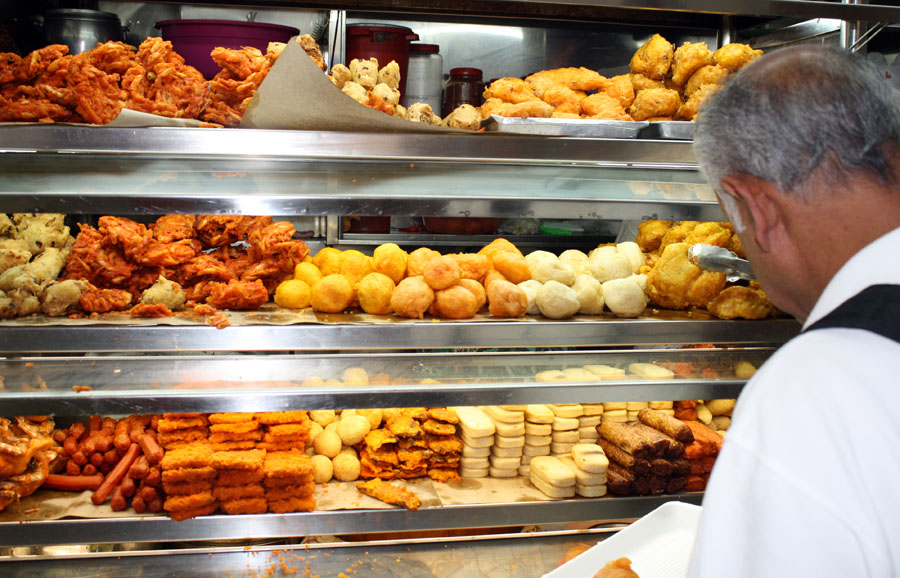 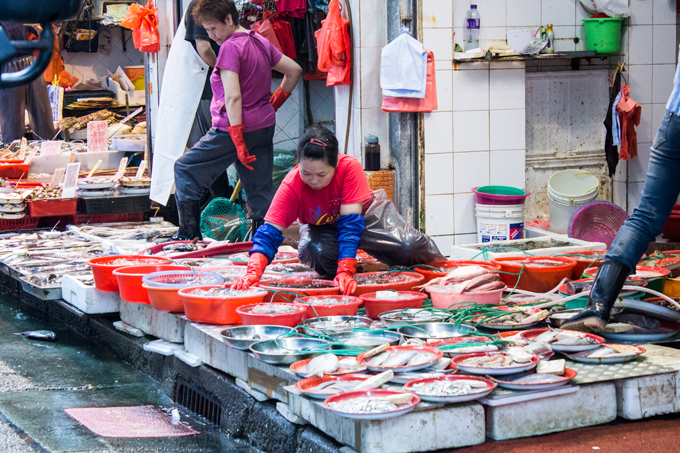 There is seemingly nothing Asians love more than dried fish snacks in every form. Maybe preserving seafood this way has been life-saving throughout the ages, I dunno. Asia is also overflowing with live fish markets of varying smelliness and oddity of stock. Whether you’re buying or not, fish markets are a great way to see centuries-old merchandising. 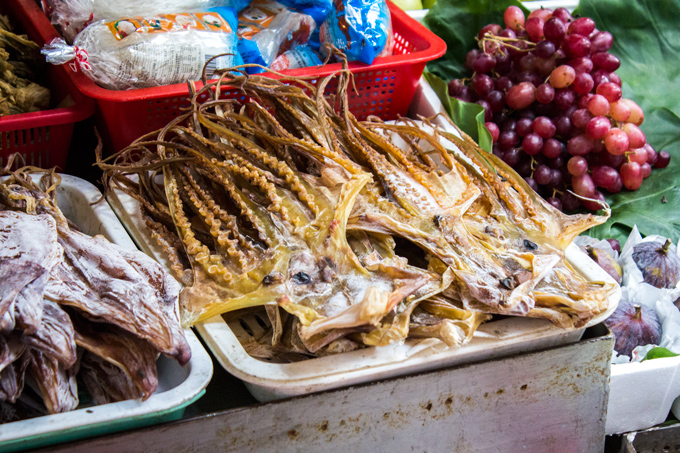 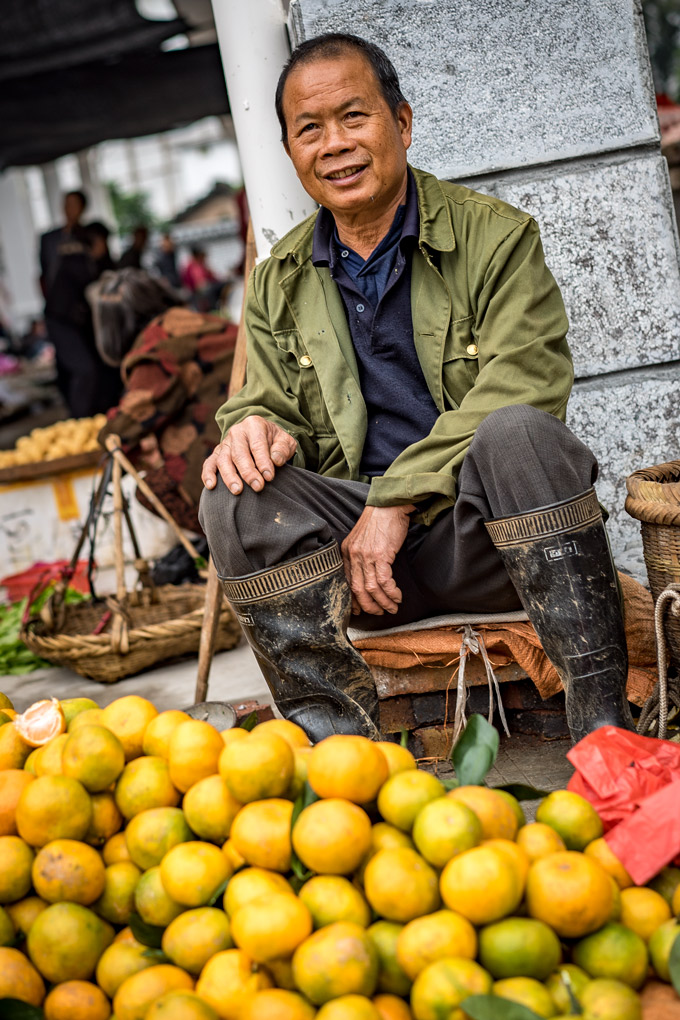 Along with street food, Asia is known for outdoor markets where no tchotchke is left unsold. Some of these markets are the ultimate tourist trap, but that’s okay. Why not score a porcelain tea set in Hong Kong or a silk scarf in Shanghai? Haggling is expected and don’t be afraid to walk away if the price is too high. At the end of the day, merchants are often willing to slash prices in half. Bring local currency and shop multiple vendors before buying popular items. 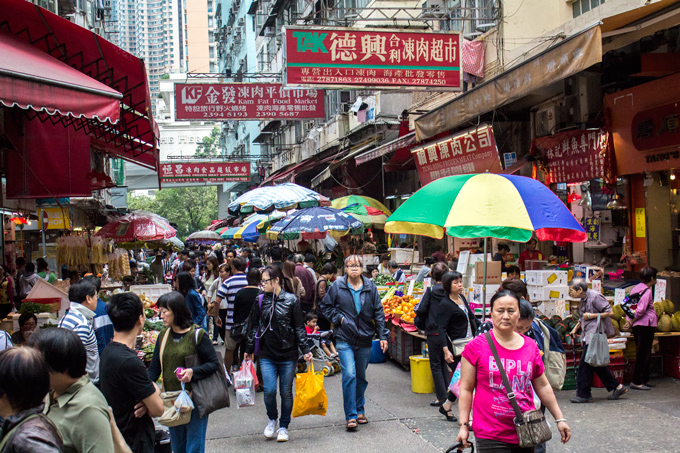 No One Understands You 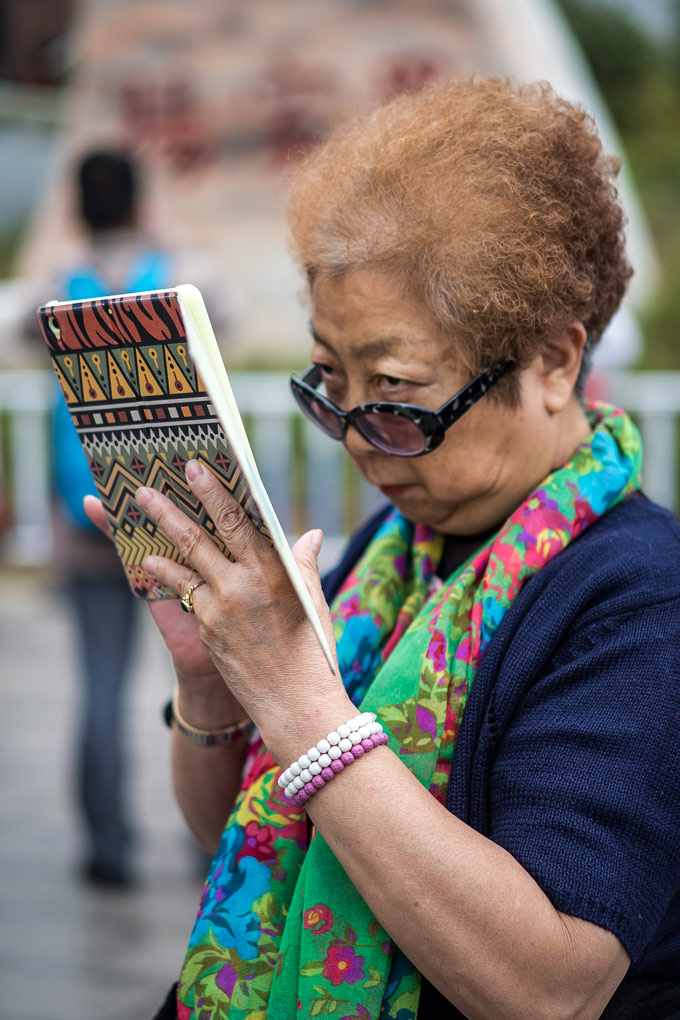 I hate to break it to you, but Asia doesn’t care about learning English. You are not the center of the universe, so be prepared to be misunderstood, ignored, and at worst, ripped off. Learn a few words of the local language and use the Google Translate app the rest of the way.

Street signs, public transport, and menus are not likely to be in English, but gestures go a long way. If you’re smart, you’ll buy a local SIM card so you can use guides and maps to clear up any confusion.

To avoid getting totally lost, carry a map of your hotel along with the name, address, and phone number. Find a concierge who speaks English and write down their name and cell number if they’ll give it to you. You may have to call them to find your way back. The other option is to use a hotel driver so you’re guaranteed a safe and speedy return.  And of course, there’s always Google Maps where you can drop pins. If you’re battery is getting low, turn your phone off until you absolutely need it to navigate.

I’ve found that not understanding the local language has very little effect on my enjoyment of the place. In fact, I like the anonymity it affords. 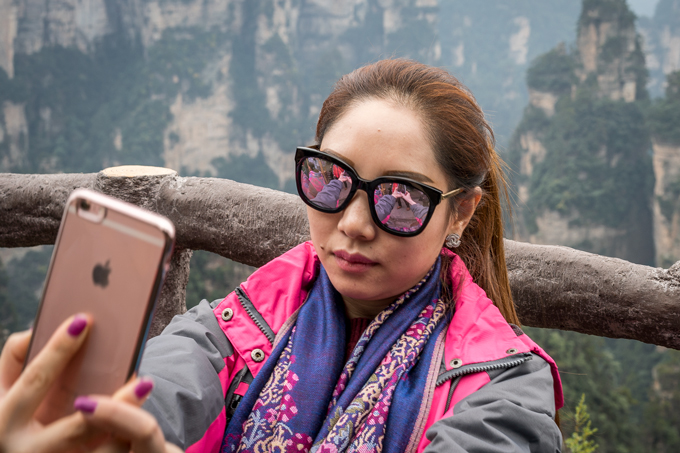 You aren’t a sentient being if you don’t have a selfie stick in Asia and popular tourist spots are likely places to be smacked in the eye with one.

Foreigners are often instant celebrities, especially if you’re black or white, and thus sought after for selfies. Before I first visited China, one of my friends moved there. He was a tall black man who couldn’t walk down the street a day without being addressed as Kobe or invited to play basketball.

In places like Shanghai and Tokyo, no one batted an eye at me. Foreigners just aren’t that exotic or rare in big cities. However, when I visited Zhangjiajie, I was repeatedly invited to join groups of enthusiastic Chinese tourists for selfies. Sometimes they wouldn’t ask, they’d just sneak a selfie with me. I found it completely amusing and totally harmless, so I obliged (until it became excessive). The funny thing is that no one asked who I was; they just wanted the picture. If you see my mug on an advert for tampons there, let me know.

Street Style is Everything

First of all, know that shopping in Asia is either going to kill you (husbands, I’m talking to you) or thrill you (ladies, gadget-lovers, candy addicts, foodies). Secondly, street style in Asia is fab-uuuuu-lous. Major cities like Shanghai, Hong Kong, and Tokyo offer the most opportunities to see youth parading in their most colorful, off-beat ensembles. There will be no jeans and t-shirts for these youth. Case in point is the iconic Harajuku Street in Tokyo, but every major Asian city has its fashionistas. Going out — to work, shopping, dining — is a chance to demonstrate your unique style. Even the babies are on point. If I ever quit travel blogging, I’ll move to Shanghai and become a street style photog. 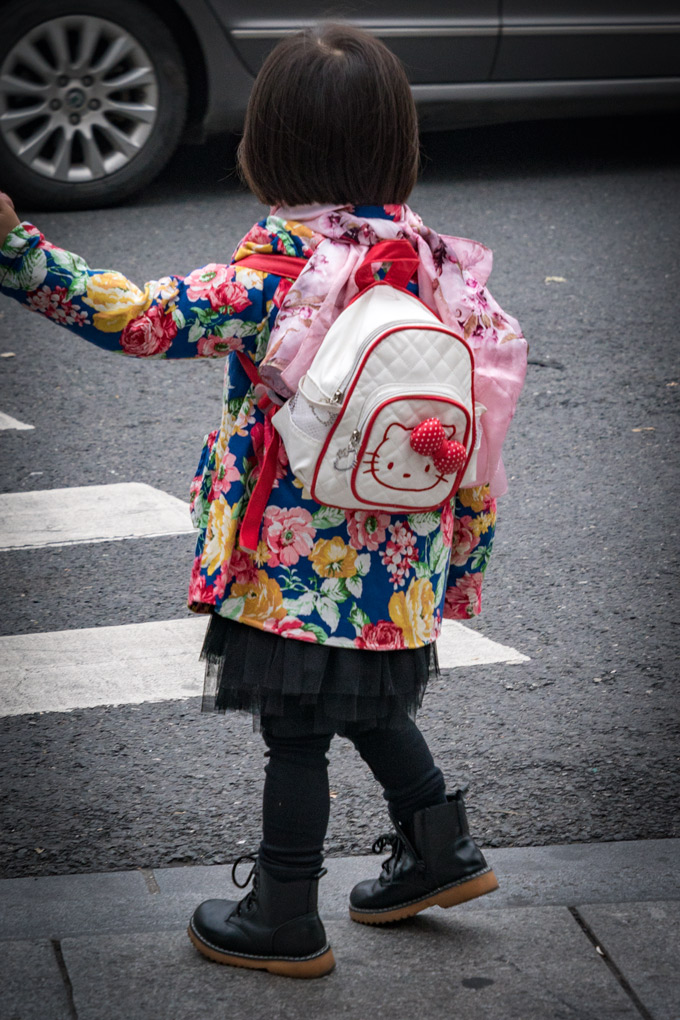 The Cutest Kids in the World 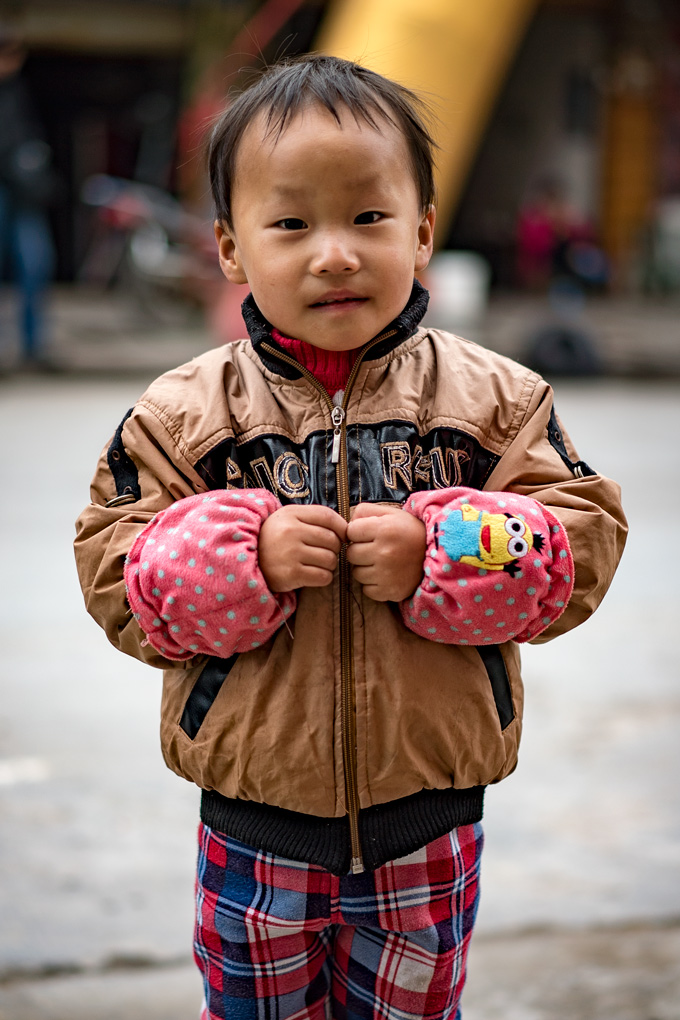 I’ve never seen more tiny adorable faces than in Asia. That’s just my opinion, but look at these faces and I think you’ll agree. 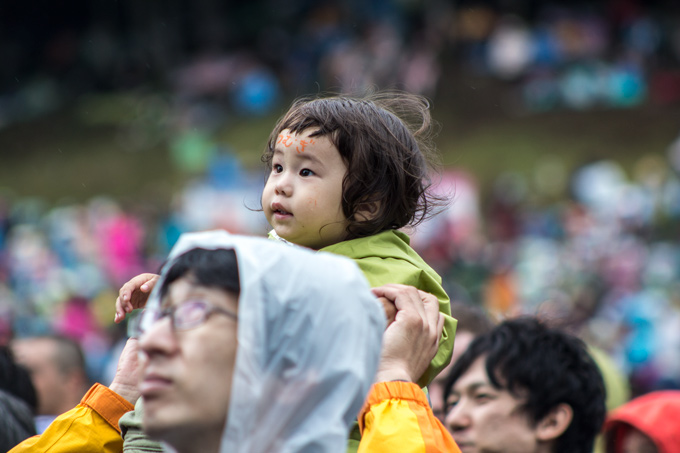 Have you been to Asia? Where? And What do you love about it?

Being a Asian i know everything what u written here but i would like to say that you have explained it very well. Its such a beautiful post all about India.

Hi Danish. Thanks for reading!

love the way you tell about this place. It’s amazing information the places with wonderful pics. I can relate to my Asia trip and this is brilliant list that I have come across.

Thanks so much, Sridhar!

This makes me miss Asia so much!! The one thing I miss most are the street markets. What’s so great about Asia in general is that you can get the best photos just by walking down the street. 🙂

So true. I miss Asia too since I moved back to the States six months ago.

Candid street photography is so much fun and the pictures come out looking so natural too! Lovely post

Yes, I’d love to be a street style photog in Asia.

Great info on what to expect in Asia. I’m not sure how I feel about the personal space and the traffic but the rest sounds like fun ie street food, outrageous fashion, being treated like a selfie celebrity. Good idea to buy a local sim card cause getting lost would not be much fun in a place were you cant read or speak the language.

Great post! Took me back to India. I love how you say lanes are merely a suggestion – couldn’t agree more! Also I laughed out loud about the scooters. We’re going to Japan in January so I can’t wait to check out the fashion there!

Hi Juliette. Cool that you’ve traveled to India. Japan is so mild and organized compared to more chaotic Asian countries.

Wow, Asia is pure fascination, that’s for sure! I love your post and your photos, and especially what you wrote about the kids. However, the food is what intrigues me the most and I think I would have a hard time trusting the street food. I wouldn’t want to eat a dog without my knowledge 😀 (kidding) Great article, as always!

Hi Bella. I’m not much of a meat eater, so sticking to fish has worked for me when it comes to street food. There’s such a variety.

Very interesting post! I’m visiting Asia for the first time next year, and I can’t wait to experience all this myself!
I’m a bit worried about the lack of English, but oh well, if I could make it through in Russia, probably it can’t be much worse in Asia 🙂

Hi Alberto. Depending on where you are in Asia, there’s usually someone who speaks or understands English and will help you navigate.

Such an enjoyable post. Loved your view on Asia and the great photos you shared with us.